From 8.11 N.Y. Times report by By Katie Benner, Danielle Ivory and Richard A. Oppel Jr.: “Jeffrey Epstein, the financier who apparently hanged himself in a federal jail in Manhattan, was supposed to have been checked by guards every 30 minutes, but that procedure was not being followed the night before he was found, a law-enforcement official with knowledge of his detention said.

“In addition, the jail had transferred his cellmate and allowed Mr. Epstein to be housed alone in a cell just two weeks after he had been taken off suicide watch, a decision that also violated the jail’s normal procedure, two officials said.” 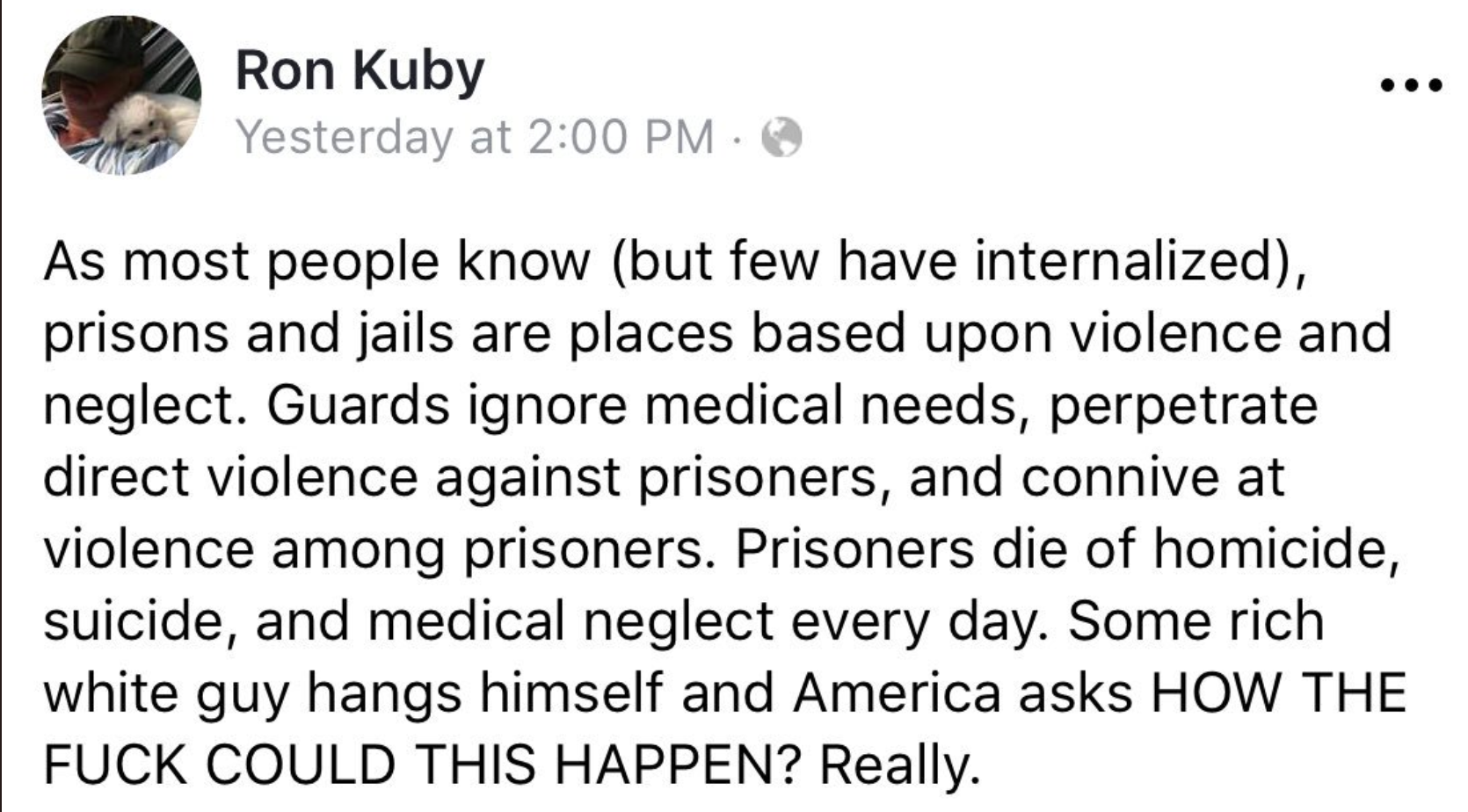 Sunday afternoon N.Y. Post update: “There’s no surveillance video of the incident during which Jeffrey Epstein apparently hanged himself in a federal lockup in Lower Manhattan, law-enforcement officials told The Post on Sunday.

“Although there are cameras in the 9 South wing where the convicted pedophile was being held at the Metropolitan Correctional Center, they are trained on the areas outside the cells and not inside, according to sources familiar with the setup there.”