It was announced earlier today that the third installment in Ryan Murphy’s American Crime Story franchise will be an adaptation of Jeffrey Toobin’s “A Vast Conspiracy: The Real Sex Scandal That Nearly Brought Down a President.”

Feldstein doesn’t strike me as the right actress to play Lewinsky. ML was 24 or 25 at the time and maybe a tiny bit zaftig, but she wasn’t exactly a Beanie. By which I mean she wasn’t…am I allowed to say chubby without getting jumped on? Plus Beanie is at least a foot shorter than the Real McCoy.

Presumably it’s going to be about a selfish, super-powerful, silver-haired dude preying on a semi-innocent victim, but my understanding has always been that Lewinsky flirted ardently with Bill and that he flirted right back. ML wasn’t some baahing little lamb in the woods — she made an ambitious and calculated play for him, and then scored, and then was dumb enough to blab it all to Tripp, whom she had to know was in with the righties.

It would make a fascinating story if Murphy brings in all the contradictions and complexities. But as a straight-from-the-shoulder #MeToo saga? Life isn’t that simple. 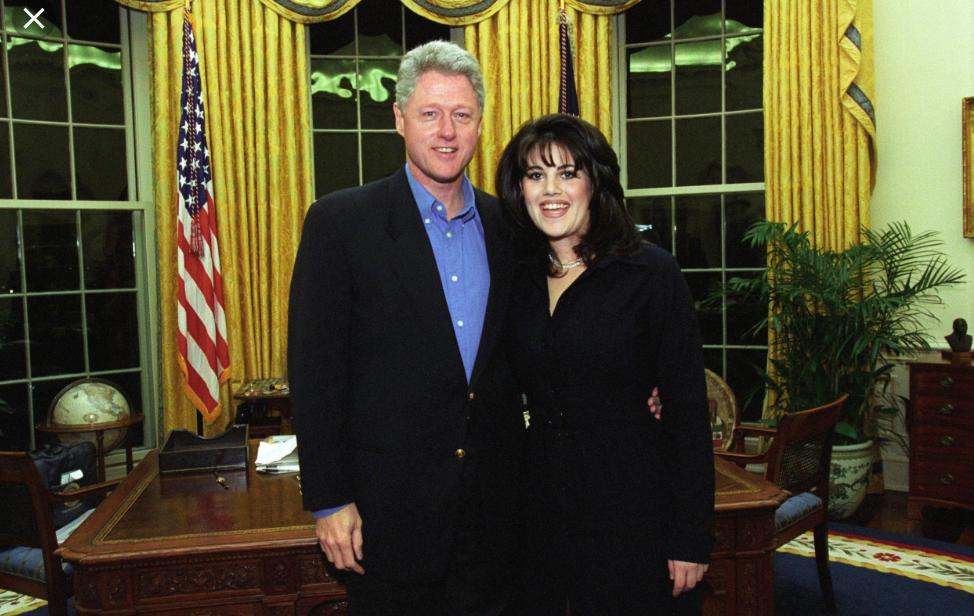 August 6, 2019by Jeffrey Wells33 Comments
« Previous post
Shots In The Dusk
Next post »
States I’ve Liked (Or Have Been Bored or Left Cold By)