No Way To See A Movie

As recently as 1973 there was a drive-in theatre at the corner of Olympic and Bundy. Really. It was called (wait for it) the Olympic Drive-In. The street-facing side of the screen featured a mural of a 20something couple riding a wave. It opened on 4.4.45 and closed on 10.14.73.

The last time I even contemplated the memory of drive-in theatres was when I was watching that abandoned drive-in shoot-out scene in Michael Mann‘s Heat, which was 24 years ago.

The last time I saw a film at a drive-in was sometime in the early to mid ’80s. I think it was a Bob Zemeckis film (Used Cars or Romancing The Stone). Somewhere in the northern Burbank area, or in North Hollywood. My first drive-in experience was with my parents, somewhere in the vicinity of Long Beach Island on the Jersey Shore. 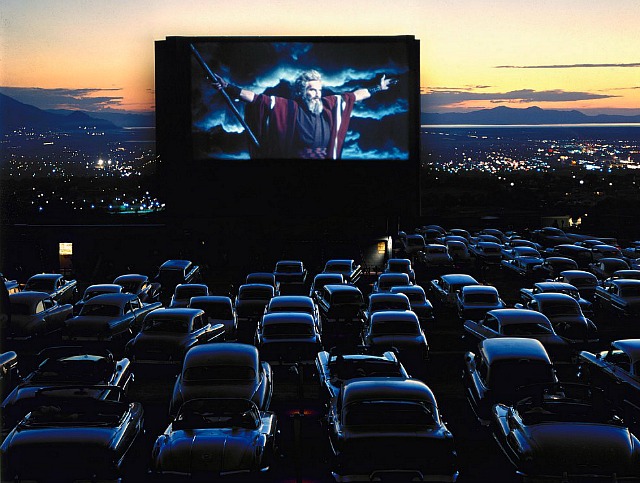 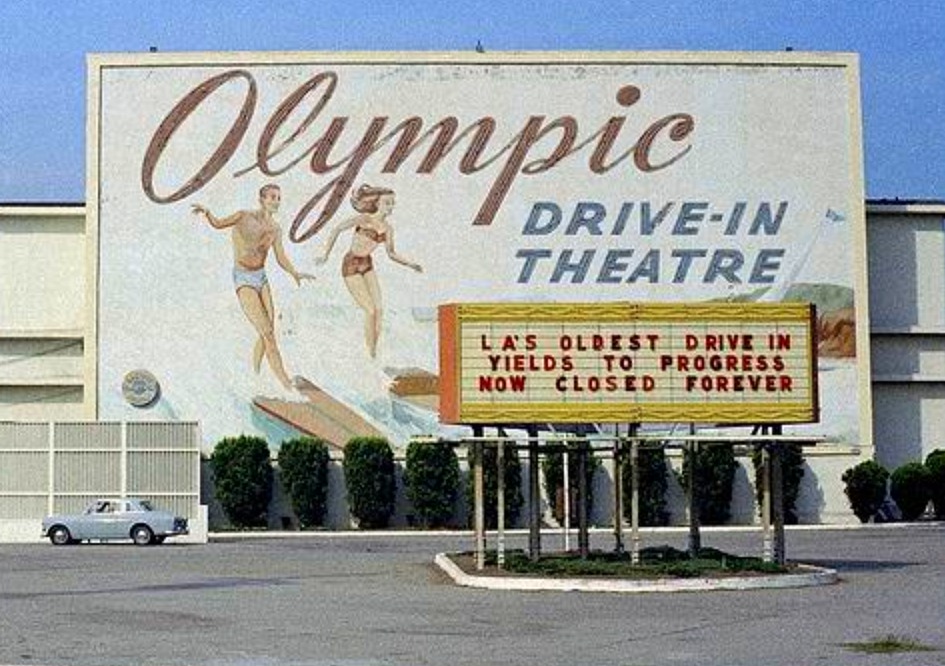 Earlier today: I respect the affectionate feelings that some have shared about the drive-in experience, and I love the Americana aspect of drive-ins (those iconic images of ‘50s and ‘60s films playing to an army of classic Chevys, Impalas, Ford Fairlanes and T-Birds), and let’s not forget the most common aspect, which was the sexual stuff (mostly second-base and third-base action).

But if you cared even a little bit about Movie Catholic viewing standards (as in decent sound and tolerable light levels, and no headlights hitting the screen every five minutes) ) you avoided drive-ins like the plague. You went to drive-ins for the car sex, and you brought your own beer.

Wise guy to HE: “‘And let’s not forget the most common aspect, which was the sexual stuff (mostly second-base and third-base action).’ I guess this explains the affection for Elton John ballads. You really are from Connecticut, aren’t you?”

HE to Wise Guy: “What are you saying, that people actually got laid at the drive-in? Some did, I guess. But they sure kept it a secret.”