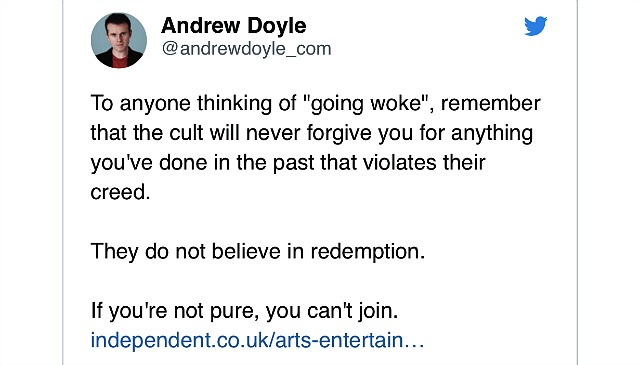 “It’s like, if you’re not on board, if you say the wrong thing, if you had a tweet once, everyone is, like, throwing the first stone. It’s so odd. It’s a perversion. It’s really ‘look how righteous I am and now I’m going to press refresh all day long to see how many likes I get in my righteousness.’”

From my perspective there are aspects of cancel culture that are as serious as a heart attack. It’s basically p.c. McCarthyism, and no less odious than the 1950s kind. Writers with commie ties from the 1930s were thrown under the bus in the late ’40s and ’50s, and now anyone who misspoke or misstepped in some asinine way five or ten or fifteen years ago is under threat of cancellation by purist p.c. goon squads.