From Snap Galleries copy about Don Hunstein’s Freewheelin’ Bob Dylan photos of Dylan and (then squeeze) Suze Rotolo on West Fourth Street: “This beautiful, evocative portrait was taken on a freezing cold afternoon in February 1963. Bob and Suze curving towards each other trying to keep warm, Bob dead center, the vanishing point disappearing off into the distance behind him, with the lines of the rooftops, the cars, and the VW van pulling your eyes towards the centre and heightening the sense of perspective. Look at the buildings with their copper-blue tone and the way they blend into the sky, seemingly scorched by the sun.”

Consider something else that has bothered me for decades. The weather was “freezing cold” with the couple “curving towards each other trying to keep warm”, and yet Dylan and Rotolo seem to be in different weather realms. Rotolo is bundled in a heavy winter coat while Dylan is wearing only a blue workshirt and a slender-looking suede or deerskin jacket — an outfit more suited to a mild fall day in October.

Why has Dylan dressed with blatant disregard for the sub-arctic conditions with slushy snow everywhere? I’ll tell you why. Because he looks cooler in a casual deerskin jacket than, say, in some bulky-ass tweed overcoat or Navy pea coat.

This is who and what Dylan was back then — simultaneously the real thing as well as an actor “playing the part” of the scruffy poet, and in fact a guy who was very invested into projecting a certain commercial persona. Hustein: “Dylan was by then already quite image conscious and self-assured, and he knew how to play to the camera.” 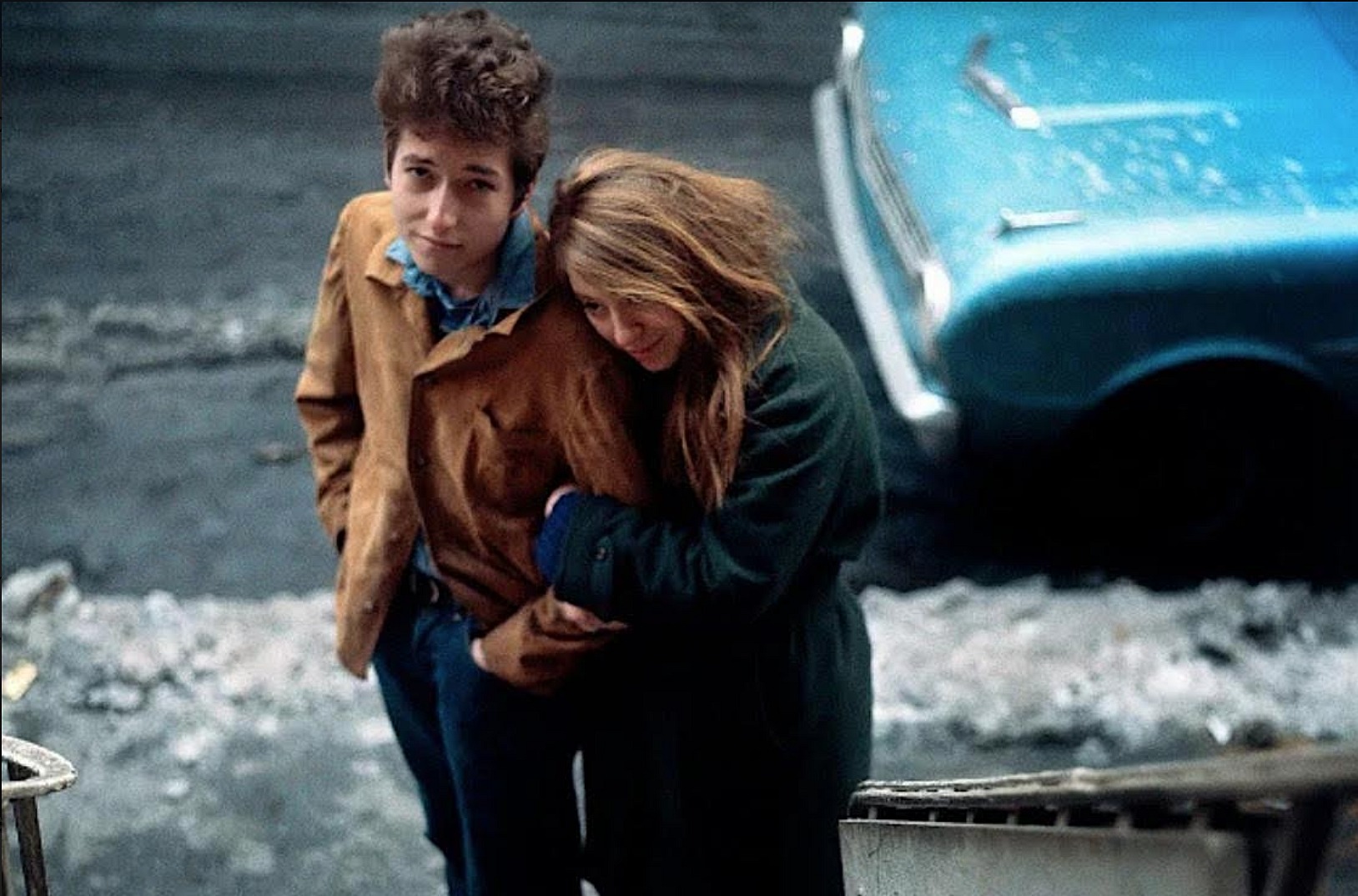 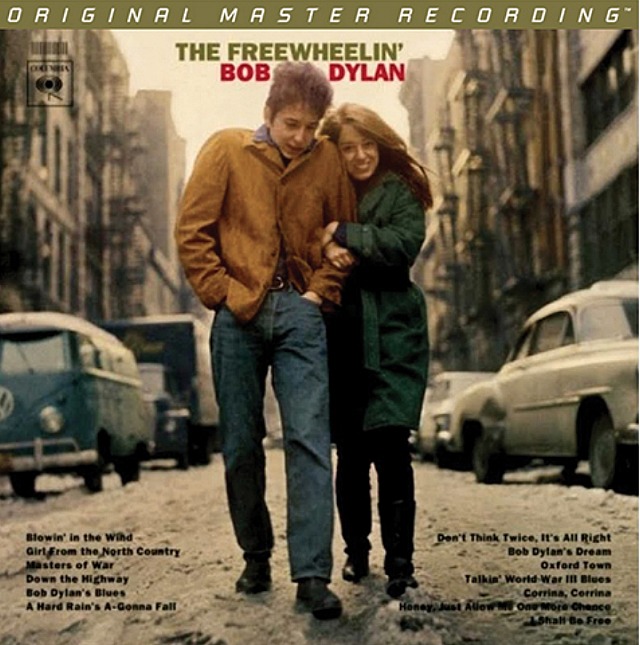