“The Kitchen” Is Crude Pulp

Steve McQueen‘s Chicago-based Widows was a sophisticated, femme-slanted heist thriller that was just as focused on racism, local politics and neighborhood culture as it was on the mechanics of a climactic robbery. It had elements of feminist fantasy but conveyed a semi-trustable feeling of 21st Century realism. Plus it had excellent performances. Plus that McQueeny art-film panache. It had enough reality echoes to pass muster.

Set in the late ’70s, Andrea Berloff‘s Manhattan-based The Kitchen uses the same premise as Widows (i.e., wives becoming criminals after their husbands are either killed or sent up the river). But it’s far less finessed than the MxQueen film, and is heavily invested in a kind of feminist-woke fantasy plot in which the three heroines — Melissa McCarthy, Tiffany Haddish, Elizabeth Moss — become better, tougher, more efficient criminals than their husbands while two of them become even more ruthless and brutal.

I didn’t believe a fucking word of it. A few scenes work (especially toward the end), but mostly it’s shallow, trite boilerplate stuff.

I didn’t hate The Kitchen. I actually liked Moss’s performance as a sadly abused, extra-angry wife whose ruthless side comes out when her brutish hubby is jailed, and I enjoyed Bill Canp‘s droll and avuncular Brooklyn mob boss. But I was shaking my head in disapproval less than five minutes in.

Almost every scene feels phony or hackneyed or second-tier in one way or another. There’s a Brooklyn hitman character named “Joe Goon”….c’mon! And there’s too much garbage on the streets. I know that Hell’s Kitchen (Manhattan’s West 40s) was a down-at-the-heels neighborhood in the ’70s, but almost every exterior scene looks like production assistants were told to throw garbage around for the sake of atmospheric realism. Too much, I tell you!

Moss’s Claire plus concerned mom Kathy (McCarthy) and their pal Ruby (Haddish) are the insufficiently respected wives of small-time thugs (Brian d’Arcy James, James Badge Dale, Jeremy Bobb) who get arrested and sentenced to three-year terms after holding up a liquor store.

The wives are told by the local Irish mob (aka the “Westies”) that they’ll be “taken care of” while their hubbies are in stir. Bullshit — the money they receive isn’t even enough to cover the rent. And so Kathy, Ruby and Claire start shaking down local merchants for protection money. Which in itself is obviously a hostile and oppressive thing to do, bui they do it with a smile and the ladelling of neighborly affection. The fuck?

Naturally the Westies aren’t happy that the wives are muscling in on the action, but guess what? The wives are tougher and more murderous than anyone expected. So fuck you, Mr. Irish mob boss — you’re not only a dead Mick but your head, legs and arms are being sawed off and your lungs are being removed in the bathroom before the whole package is dumped into the Hudson. Meanwhile the Italian Brooklyn bad guys (Camp, “Joe Goon” and the others) are anxious and wary but ready to talk turkey about slicing up the pie.

Producer: “Since I thought Widows was a pretentious mess, The Kitchen looks even worse by comparison. Some filmmakers need to stop looking over their shoulder about whether they’re being feminist enough- The Kitchen needed to be in cool femme Jarmusch-style crossed with Baumbach heart — not a studio driven, second-guessing p.c. cash ho.”

HE to producer: “C’mon…Windows wasn’t a mess. It was heads and shoulders above The Kitchen, I can tell you that. And it wove in Chicago politics and neighborhood issues and whatnot. The Kitchen is definitely ‘woke’ in its approach. I love what you’re saying about ‘cool femme-Jarmusch style crossed with Baumbach heart’….that’s good.”

Producer: “That one continuous Windows shot of the hood of the car while characters you couldn’t see had a protracted chat won the most pretentious shot of the year for me. Fine as an establishing shot but absolutely ridiculous form-over-content when it ran throughout. Emblematic of the blanket pretentiousness of the whole film.”

HE to producer: “I loved that hood shot through the neighborhoods. This is one of the things that makes Steve McQueen an artist and not just a journeyman.” 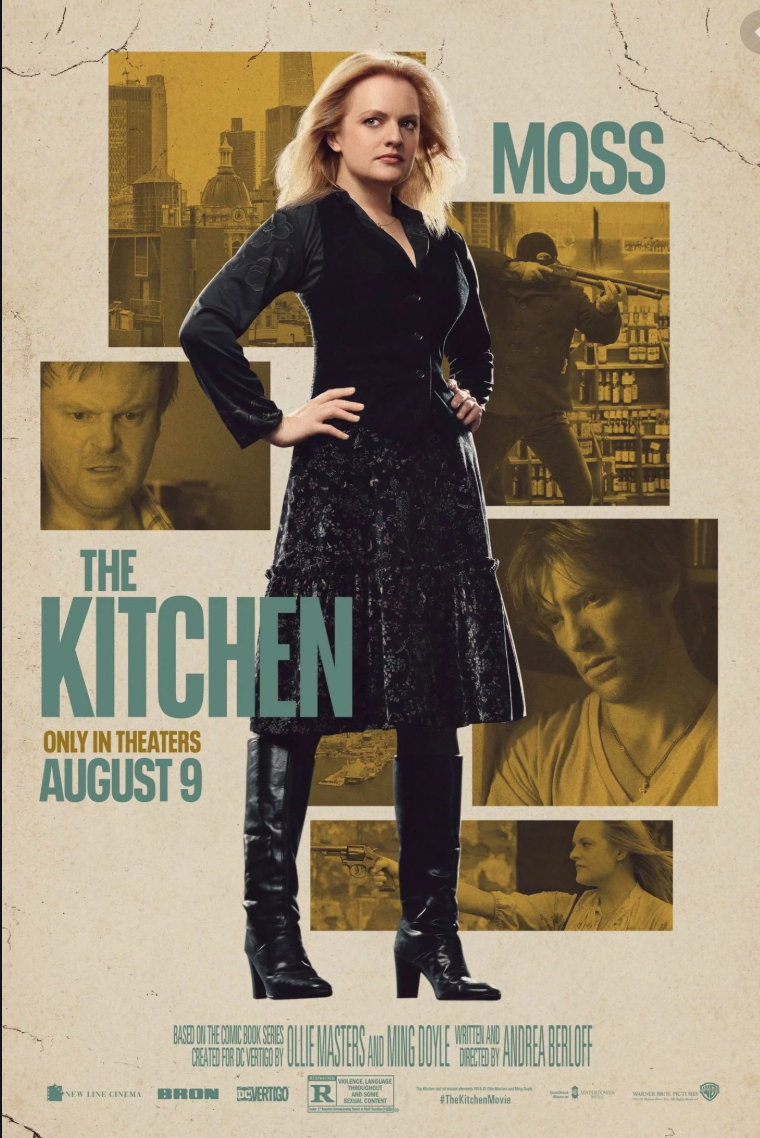