Last night I watched a 4K UHD version of Chinatown on Vudu. I could tell right away it’s not a fresh re-harvesting from the best celluloid elements. Jack Nicholson’s hair looks too inky at times. And the bandage on his nose looks too white, too bleachy.

But it’s quite beautiful for the most part. It certainly looks better than the most recent Chinatown Bluray. The sharpness, the textures, the stronger colors. But then I’m a plebe about this stuff.

HE to restoration guy: “I’m presuming you’re not impressed. Because it’s probably just a tweaking of the last harvest. But maybe I’m wrong. Know anything about it?” I then sent him the below attached photos for samples.

Restoration guy to HE: “This is pretty bad. It’s all about data throughout. And this doesn’t seem to have it. I watched a 4K DCP Chinatown last Tuesday. It’s gorgeous. The studio did a terrific job, especially with color, which is warm. And it looked nothing like these images.”

HE to restoration guy: “Wait…you watched a 4K Chinatown DCP? It was shown to ticket buyers? Why did they create this? They must be intending to issue a 4K Bluray in 2024, to celebrate the 50th anniversary. Just like Sony’s intention to wait until 2022 to issue a 4K Lawrence of Arabia Bluray, even though Grover Crisp’s 8K scan was harvested…what, back in ‘15 or thereabouts?”

HE to restoration guy: “I’m nonetheless telling you that as much as you may disapprove of Vudu’s 4K version of Chinatown, it really does feel like an improvement over the 1080p Bluray. It delivers a bump effect…’wow, this looks better in some respects.’ True, the images look waxy and Jack’s dark hair looks inky. It looks superficially enhanced, yes, but it’s a nice cheap high.” 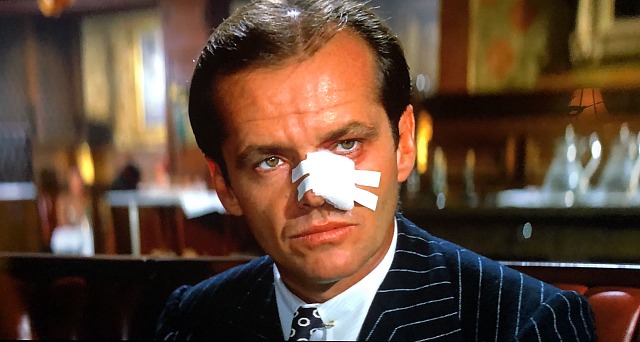 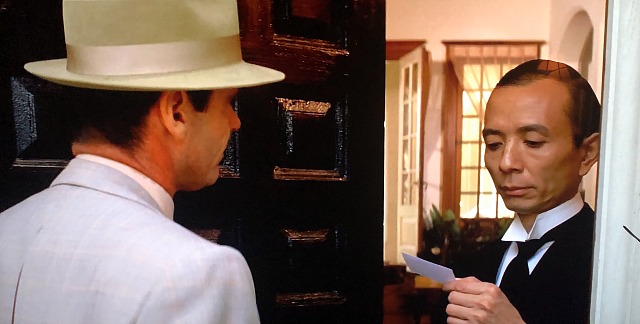 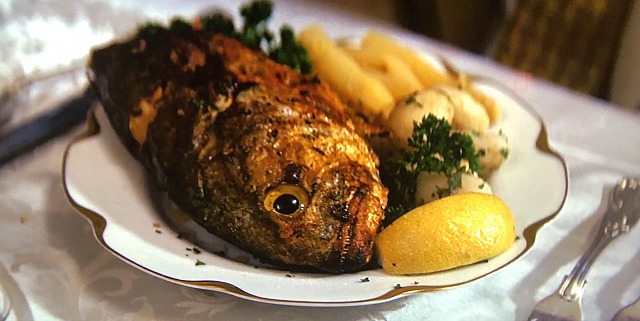 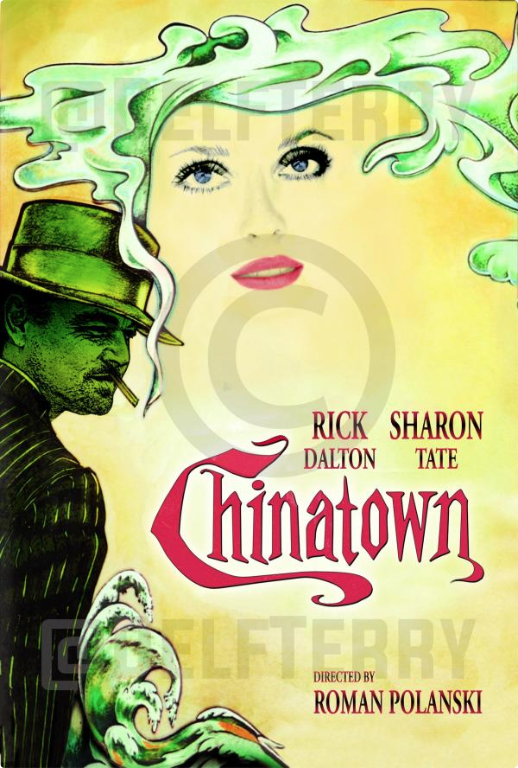 Jeffrey Wells grabs Roman Polanski by the shoulders and draws him close.

Wells strikes Polanski across the face, hard. He’s got his attention now.

WELLS: Stop lying to me, ya little fucker! What’s the aspect ratio?

WELLS: I said I want the truth!

Wells shakes Polanski furiously, shoves the 80something director across the room. Sprawled on the couch, Polanski weeps and finally blurts out the truth.