Why has Entertainment Tonight co-host Nancy O’Dell been deep-sixed? You tell me. Because she turned 53 earlier this year and the producers want to keep things young and spritzy? An Access Hollywood veteran, O’Dell succeeded Mary Hart as E.T. co-anchor in 2010. She lasted for almost a decade — no small feat in such a cutthroat environment.

I haven’t so much as glanced at an airing of Entertainment Tonight since the summer of ’98. Partly because I worked on that horrific show for two or three months during the spring of that year, and I had to flush the memories out of my system. It was absolutely the most hellish job I’ve ever had in my life, in part because I had to be at work at 5 am and in part because of the acutely political vibe under exec producer Linda Bell Blue. Everyone who worked there was “schemin’ schemin’ like a demon,” and after a while I couldn’t stop dreaming about shooting heroin into my veins.

HE to self during E.T. employment: “Will they fire me next month, next week…tomorrow? Why are people always speaking in hushed tones behind closed doors? Is the work I’m doing of any value to anyone? Will I always have to wake up at 3:45 am? Is it too late to learn a new trade?

The daily salt-mine vibe at Entertainment Tonight was the most horrifically political and terrifying I’ve ever known in my life, bar none. It was all about petty office power games and anxiety and who’s up and who’s down. Nothing in that environment was the least bit calm or serene. Nothing was devotional. It was all about fake-performing in front of your co-workers in order to convince them that you wouldn’t say anything bad about them when they weren’t around. Women were always conferring in their offices with the doors closed, and the subject was always other women who were huddling and plotting in their offices, etc.

I naturally wanted to keep getting paid but I hated it there. Half the time I wanted to stick my head in a gas oven so I wouldn’t have to deal with all the bullshit. I was 40% upset when I was canned but 60% relieved. 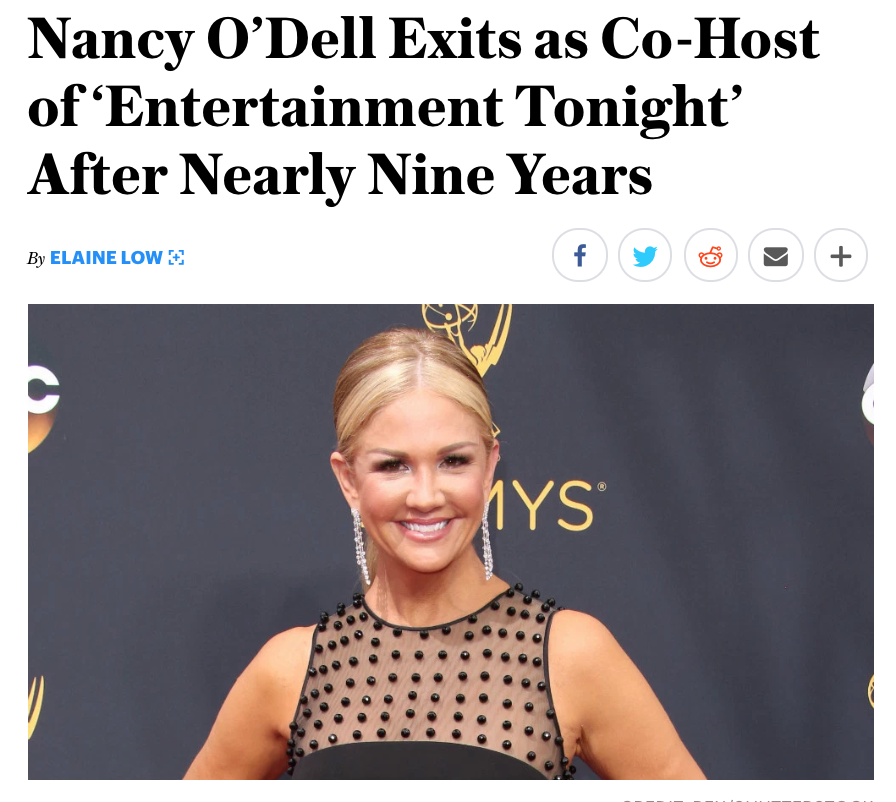