Support on Patreon Follow @wellshwood
114 Comments
Are You Kidding Me?

Of course it’s a great poster. Or, you know, a brilliant one. It hums with dread, tension, anxiety…all that good shit. Scorsese-brand atmosphere to burn. 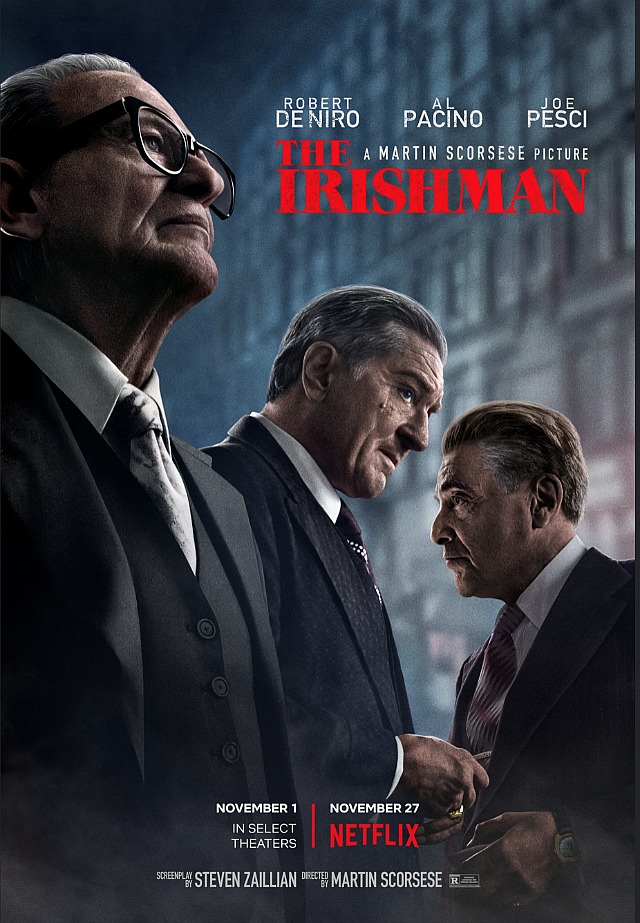 Brad Pitt to Entertainment Weekly‘s Leah Greenblatt about campaigning on behalf of his Cliff Booth performance in Once Upon A Time in Hollywood, which is pretty much a lock for a Best Supporting Actor nomination:

“Oh, man. I’m gonna abstain. I mean, you never know, and it’s really nice when your number comes up. But the goal is for the film to land, to speak to someone, whether it’s now or a decade from now. I find chasing it actually a disservice to the purity of your telling a story, and a shackling thing to focus on.”

Translation: “If I campaign I’m gonna have to spend three to four months answering cloying questions about my contentious divorce from Angie and my relationship with Maddox and who I’m going out with and stuff like that, and life is short, you know? I don’t want to become a talking sock puppet, repeating the same answers to the same pain-in-the-ass, Access Hollywood questions.

“Roman Polanski didn’t compaign for The Pianist, but he won anyway, right? I’m gonna follow his lead. If I win, great. And if Tom Hanks takes it for playing Fred Rogers, fine.”

I wasn’t going to mention this, but The Hollywood Reporter‘s Stephen Galloway did this morning so the cat is out the bag.

Galloway drew an analogy between Todd Phillips and Joaquin Phoenix‘s forthcoming Joker (Warner Bros., 10.4) and Stanley Kubrick‘s A Clockwork Orange. And in so doing hinted that just as Kubrick’s film was withdrawn from British theaters because of a spate of disturbing copycat crimes, it’s at least conceivable, given the violent tinderbox current in American culture, that something similar could occur here.

“That afternoon I got a call from a prominent manager who had, like a lot of other people, also been called. He went on and on asking how do you represent someone who shot footage of a plastic bag? I said we’re meeting with him too. He was surprised. ‘Really?,’ he said. ‘”Yup,’ I said.’He’s meeting all over town.’ The manager hung up quickly.

I only just got around to a 9.4 Vulture oral history piece about how Hustlers was assembled and shot in a relatively short time frame. Written by Rachel Handler, it’s titled “The Hustle Behind Hustlers.” The piece is cool, clean and well ordered, but a certain quote from producer Jessica Elbaum, founder of Gloria Sanchez Productions, stood out.

Elbaum: “We were prepping by February, we [began shooting] the movie in March, we wrapped it in May, and the movie’s coming out in September, which is insane.” By which Elbaum presumably meant “this is way faster than the usual.” She’s not wrong.

A four-month turnaround from the conclusion of lensing to a film festival opening is very fast work, but — I almost hate to point this out — it wasn’t totally insane. At least three films did it faster. 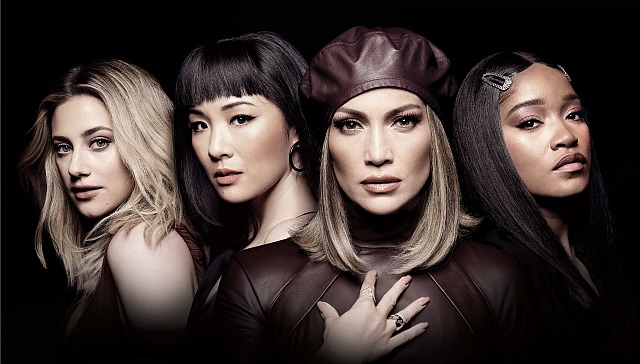 Oliver Stone‘s W. opened only three months and one week after the finish of principal photography, but of course it was shown to press at least a couple of weeks prior (I know because I attended the junket at the Four Seasons) so it was actually finished and screenable less than three months after shooting stopped. Filming began on 5.12.08, and completed on 7.11.08. It opened in theatres on 10.17.08.

I can’t remember or even discover the exact details, but Floyd Mutrux‘s American Hot Wax (’78), a biopic of rock ‘n’ roll disk jockey and promoter Alan Freed, managed an extremely quick turnaround. I interviewed Mutrux at a Manhattan junket a couple of weeks prior to the 3.17 opening, and as I recall the Paramount-produced film had wrapped as recently as the previous December or possibly even January. I wrote director Cameron Crowe, who performed a brief cameo, to see if he could recall any details — he hasn’t responded. I’m pretty sure the film wrapped less than 12 weeks before opening day, and possibly less than ten.

But the Big Daddy of fast Hollywood turnarounds is still Otto Preminger‘s Anatomy of a Murder (’59). Liner notes for a Columbia/TriStar DVD of the film claim that principal photography in Michigan began on 3.23.59 and ended on 5.15.59. The Anatomy Wiki page says it previewed on 6.18.59, or 33 days after wrapping. The first public screening happened at the Butler Theater in Ishpeming and the Nordic Theater in Marquette on 6.29.59. The world premiere for the 160-minute film was either held on 7.1.59 (according to Wikipedia) or 7.2.59 (according to the DVD), at the United Artists Theater in Detroit. 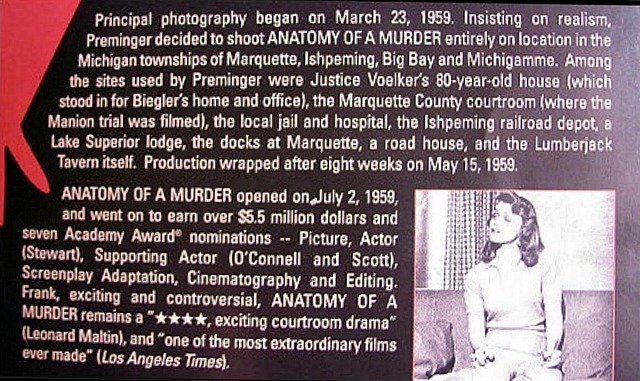 Early this morning THR‘s Scott Feinberg posted his first comprehensive spitball assessment of the leading Oscar contenders. He breaks up the Best Picture wannabes into five categories — frontrunners (some of which aren’t), major threats (not a chance), possibilities (cat’s in the bag, bag’s in the river), long shots (buried 50 feet under rock, soil and shale) and still to see. Here’s a quick HE assessment of Feinberg’s assessments. Boldface italic = likely finalists.

For the record, HE’s current Best Picture preferences (in this order): The Irishman, Marriage Story, Once Upon a Time in Hollywood, 1917, Joker, The Lighthouse, Little Women, Just Mercy, Jojo Rabbit.

Once Upon a Time in Hollywood (Sony) — definitely.
The Two Popes (Netflix) — enjoyably mild tea.
Marriage Story (Netflix) — definitely.
Parasite (Neon) — It’s a foreign language film…why do handicappers persist in suggesting Best Picture contention?
The Farewell (A24) — excellent film, Spirit Awards.
Joker (Warner Bros.) — Joaquin Phoenix is the headliner. The film itself might qualify, might not.
A Beautiful Day in the Neighborhood (Sony) — Tom Hanks is the headliner, not the film itself.
Ford v. Ferrari (Fox) — Golden Globes.
Just Mercy (Warner Bros.) — Nobody did handstands in Toronto, but the Academy will probably want to factor in identity politics.
Jojo Rabbit (Fox Searchlight) — HE is woke again…haven’t seen the film but I’ve seen the light!…a woke masterpiece!…best movie of the first two decades of the 21st Century!…down with hate!
Richard Jewell (Warner Bros.) — Not mentioned by Feinberg! Never dismiss a Clint Eastwood film.

Most of my responses to Josh and Benny Safdie‘s Uncut Gems were about irritation and frustration. Because, in my judgment, Sandler’s Howard Ratner, a total gambling junkie, isn’t interesting. Not because Sandler isn’t good in the role — he’s actually brilliant — but because the film has no interest in looking or reaching beyond the hustling mood-rush aspects of his wildly self-destructive addiction.

That’s not a putdown of Sandler’s performance. Within the realm that the Safdies have created, he’s completely authentic. We all know what Sandler’s screen persona has been for the last 25 years — droll, laid-back, quippy, sarcastic smart-ass. Howard Ratner is different. Sandler has never given himself to a character like this before. I just want to make that clear. You could say that Sandler is better than the film. I completely respect what he’s done here. In fact, I’ve just visited Gold Derby and upped his standing to fourth place (right behind Adam Driver, Joaquin Phoenix and Robert De Niro). 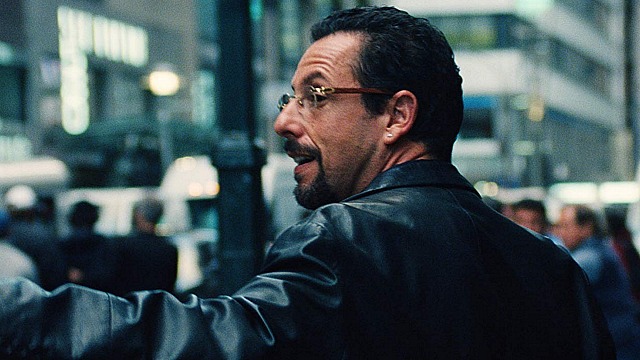 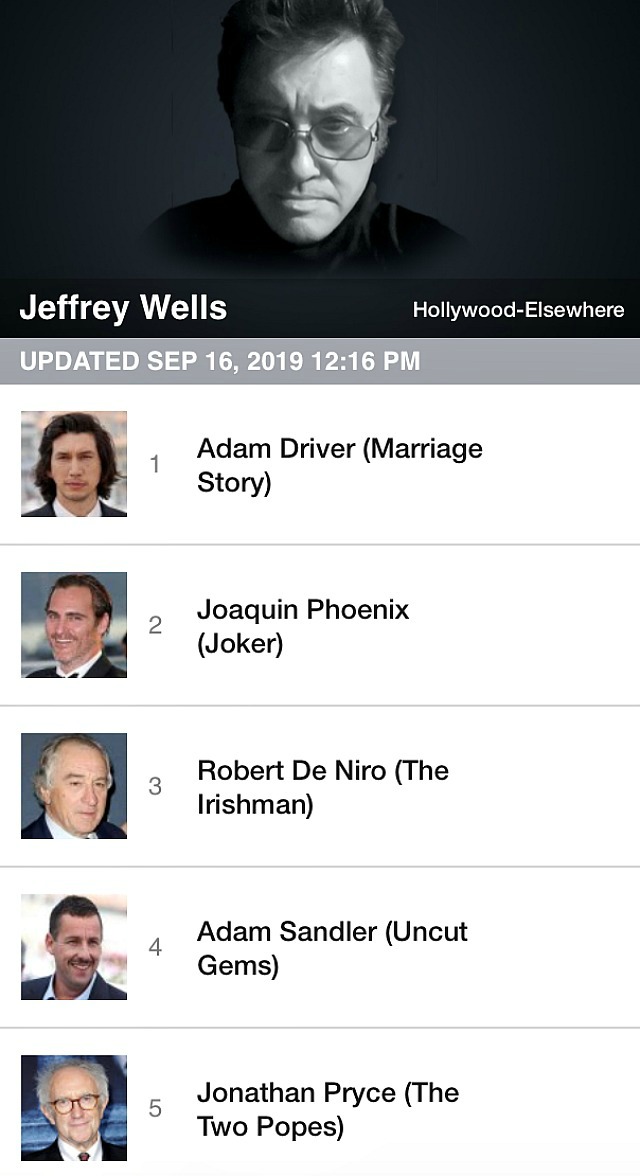 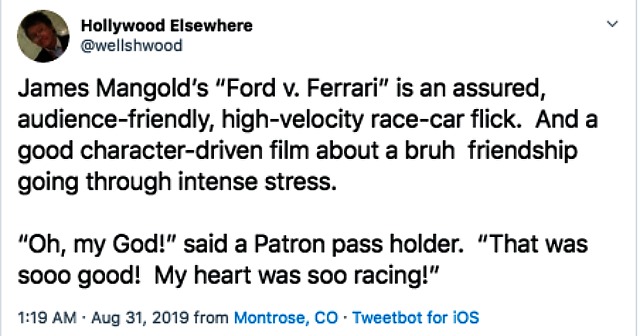 Shot in the summer and early fall of ’70, Le Mans was an all-around calamity — box-office failure, critically drubbed (the atmosphere and versimilitude are top-notch but it’s a frustrating film in other respects) and a kind of spiritual end-of-the-road experience for McQueen himself.

Christian Bale‘s Ken Miles, the late British race-car driver, is not doing anything especially new or head-turning here. He’s playing yet another variation of the same asocial skeezy guy that he played in The Fighter and The Big Short. Bale is constitutionally incapable of playing smooth, measured, steady-as-they-go guys who don’t glare or twitch or scrunch their face up or bulge their neck veins…okay, maybe this isn’t fair as Bale does turn it down here and there in Mangold’s film. But Bale will always exude a kind of curious, facial-flicky weirdness, and I’m saying this as a hyuuuge admirer of his Dick Cheney.

I believe that Supreme Court Justice Brett Kavanaugh lied his ass off during the Senate confirmation last fall. I believe that he’s a smug rightwing shithead who comes from an entitled preppy background. On top of which I knew he would lie before he opened his mouth. Because one look at his ugly pig eyes told me everything. Plus that awful, inelegant, frat-house voice of his. Plus the fact that his right hand was open-fingered when he swore to tell the truth.

Posted on 10.10.18: “Formal oath-swearings are always accompanied by an open right hand. (And sometimes with the left hand on a Bible.) But you always swear with your fingers closed, not open. Open fingers are symbolic of insincerity or a lack of solemnity. Sir Thomas More: “When a man makes an oath, Meg, he’s holding himself in his own hands, like water. And if he opens his fingers then he needn’t hope to find himself again.” 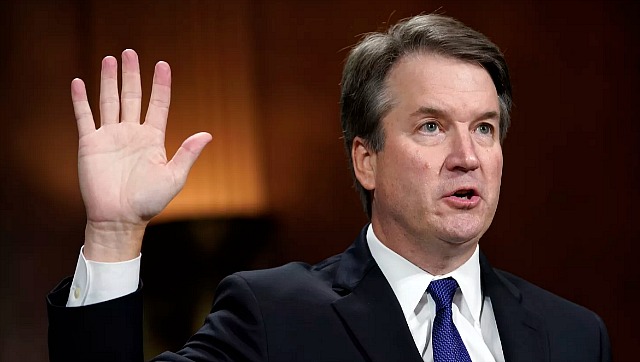 Boilerplate: The New York Times has brilliantly mishandled a 9.14 story about a new sexual misconduct allegation against Supreme Court Justice Brett Kavanaugh. The article by Robin Pogrebin and Kate Kelly, which is drawn from their forthcoming book “The Education of Brett Kavanaugh: An Investigation” (Portfolio, 9.17), reports that a former classmate of Kavanaugh’s, Max Stier, saw the future Supreme Court Justice “with his pants down at a different drunken dorm party, where friends pushed his penis into the hand of a female student.”

The Times story initially failed to note that “the female student [in question] declined to be interviewed and friends say that she does not recall the incident”. Translation: If (I say “if”) the woman was in fact involved in the incident, she’s almost certainly declining to confirm out of a fear of suffering attacks upon her credibility and character by right-wing media.