Support on Patreon Follow @wellshwood
32 Comments
“Joker” Is An IMAX Thing? Since When?

Hollywood Elsewhere fears that, per longstanding tradition, the good people at Warner Bros. publicity won’t allow me to attend a Joker screening until the week of the 10.4 opening. That’s okay. Ya gotta roll with this stuff. 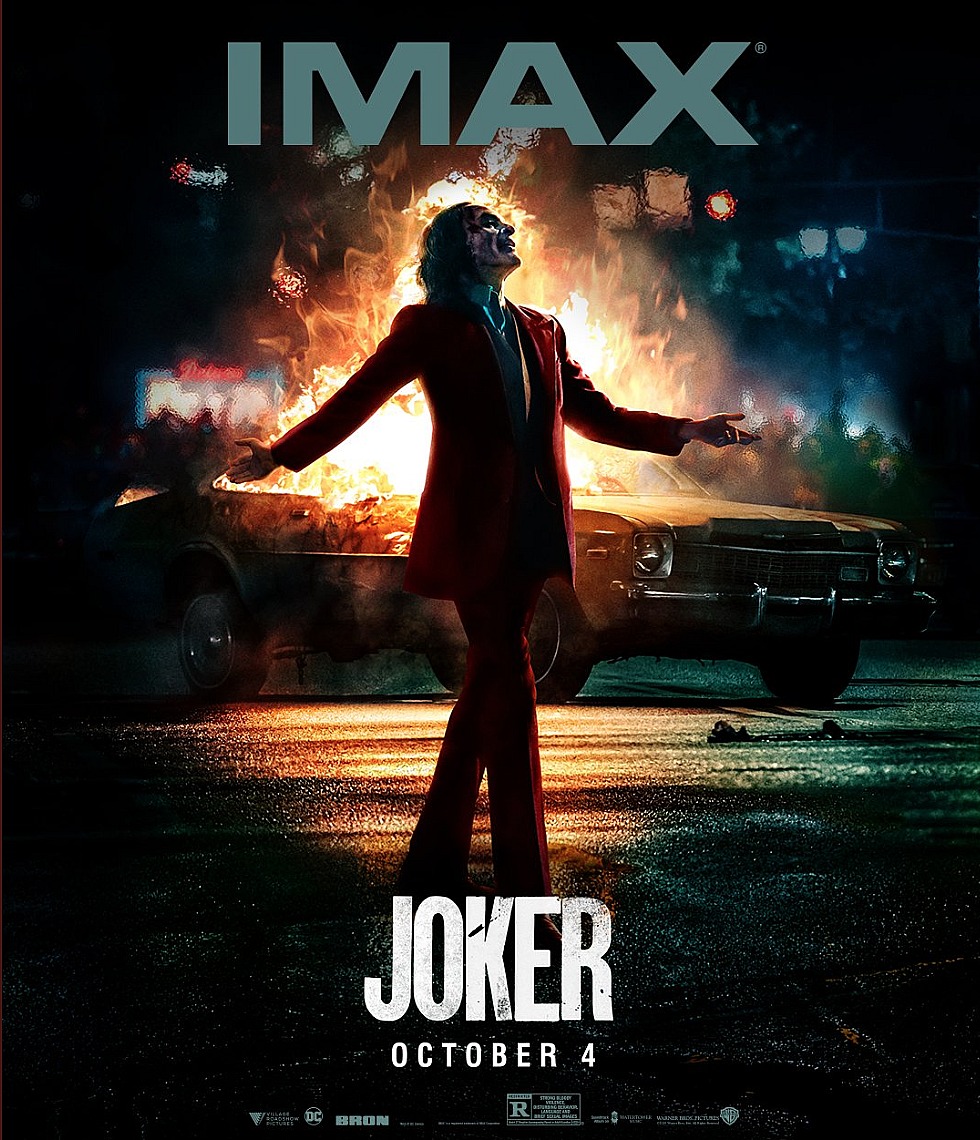 Remember Anthony Minghella‘s Cold Mountain (’03), which came to be regarded as “a movie about a man walking through the woods”? And how some wags referred to it as “J. Crew Mountain” because of the stylish-looking garb (especially the hats) worn by costars Nicole Kidman and Renee Zellweger?

Well, a similar stylish look has been adopted by Cynthia Erivo in her portrayal of the great Harriet Tubman in Kasi Lemmons’ biopic.

Harriet was basically killed by critics (59% on Rotten Tomatoes, 63% on Metacritic) when it premiered last week at the Toronto Film Festival. 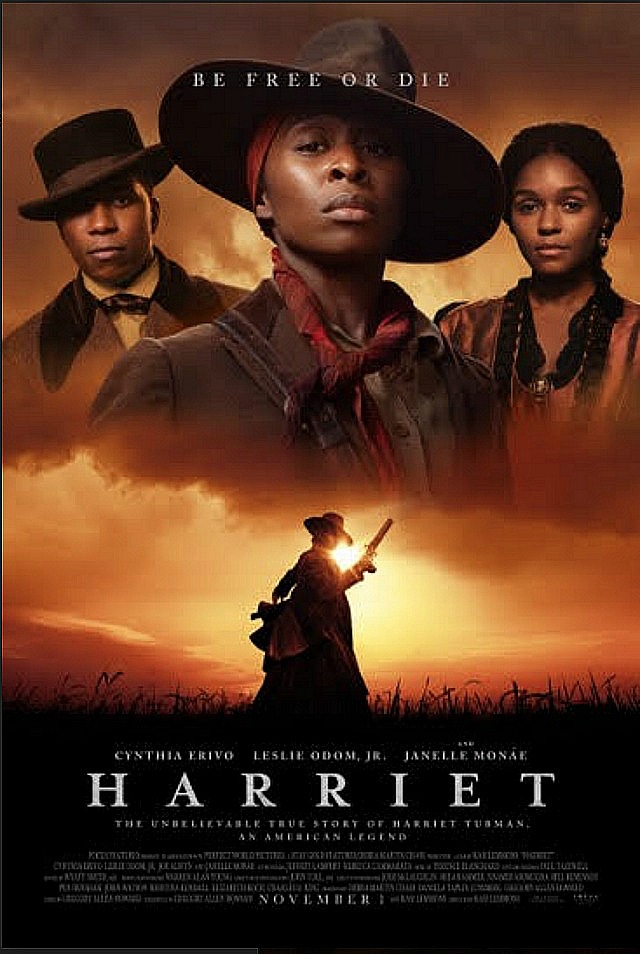 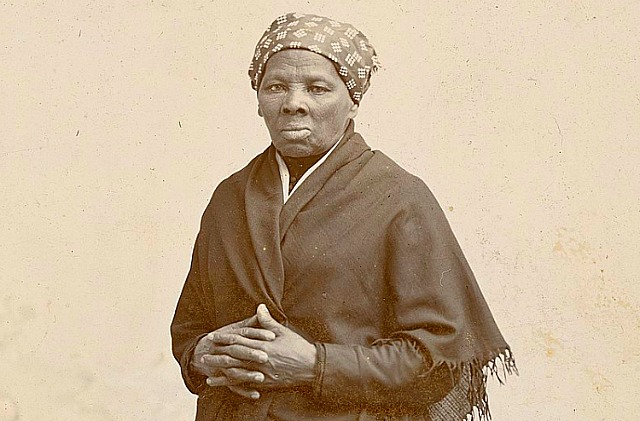 Harriet Tubman sometime in the 1880s or thereabouts. 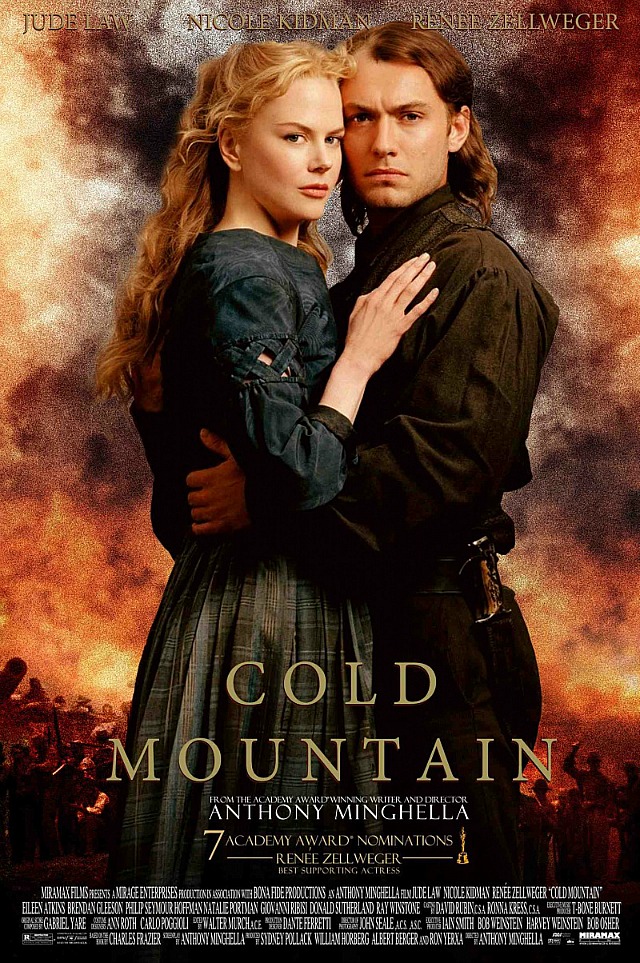 In the film Erivo’s Harriet mostly wears the tightly-wrapped headgear that Tubman herself wore when photos were taken of her during the late 1800s and early 1900s.

But in the Harriet poster Erivo is decked out like a kind of Annie Oakley figure, wearing a very cool-looking widebrim hat, a red scarf underneath, and a nifty-looking suede jacket with a shoulder strap of some kind. There’s also an insert shot of Harriet holding a musket that she’s either recently fired or is about to fire….blam!

Did Harriet actually shoot guys with a musket? Her Wikipedia bio says yes. “Tubman also carried a revolver, and was not afraid to use it,” it says. “The gun afforded some protection from the ever-present slave catchers and their dogs; however, she also purportedly threatened to shoot any escaped slave who tried to turn back on the journey since that would threaten the safety of the remaining group.

Friend: “The whole ‘wokester’ thing is just beating the world’s deadest horse. It’s become tiresome, pedantic, repetitious, relentless, a drag, a bore, a distraction. Perhaps you’ve got a traffic report that tells you something good, but I hate those traffic reports. I would follow the instinct to serve and protect. Focus on films, filmmaking, awards season, the business, releases, cultural trends…anything but the same daily sledgehammer on this obsession. I say this as a daily reader of your site and a fan of your depth of knowledge and passion for all things film-related. Whatever, moving on…”

HE to friend: “Nobody wants to be an obsessive sledgehammer, but punitive wokeness and cancel culture have become a cancer and a pestilence. On top of which I’m reading a note from a literary agent to a certain screenwriter, written in the spring of 1951: “This whole ‘complaining about the persecution of leftist screenwriters for past Communist ties in the 1930s’ is just beating the world’s deadest horse. It’s become tiresome, pedantic, relentless, a drag. Get past it.’

“But I hear you and intend, as always, to focus on the beauty, the art, the death, the pizazz and the eternal uplift of cinema. As always. But we are living through siege times, through an actual, real-life political nightmare. I don’t see how it benefits anyone to hide their heads in the sand about this.”

The other day a friend mentioned the failure of Late Night, which made a lousy $19 million after Amazon paid $13 million for distrib rights last January. The reason, we both agreed, was that Mindy Kaling‘s character, hired as a comedy writer for Emma Thompson‘s talk show, wasn’t the least bit funny. She wasn’t even interested in funny. All she cared about was being respected in the work environment and not being treated as a token POC hire, which of course she was.

Kaling didn’t care if she was funny, and neither did director Nisha Ganatra. Neither did Emma Thompson or the other writers in the room. Nobody cared about “funny” at all. Because the movie was really about friendship between opposites. Would it have killed Ganatra if Kaling’s character had talked and behaved like a typical comedy writer? Someone with irreverent, smart-ass, “you may not like me but I’m funnier than you are” attitude? Apparently it would have.

I “liked” Nisha Gantra and Mindy Kaling‘s Late Night (Amazon, 6.7) as far as it went. It’s a chuckly, congenial consciousness-raiser for the most part — a feminist relationship story about a bitchy, flinty talk-show host of a certain age (Emma Thompson‘s Katherine Newbury) who’s panicking about being cancelled, and a newly hired comedy writer (Kaling’s Molly Patel) who seems more interested in workplace sensitivity and considerate behavior than in being “funny”, at least as I define the term.

Why is it a struggle to believe that Molly (who has never before written professional-grade comedy and has mostly been hired because she’s a woman as well as a POC) is a comedy writer worth her salt? Because most jokes that “land” and actually make people laugh are always a little cutting and sometimes flirt with cruelty. A certain pointed irreverence is essential.

The breezy bullshit attitude is rank, stifling, nauseating. I know — how else would you play it if you were an actor hired to be in this stupid thing and everyone else was saying their lines, like, “ironically”? You’d have to go along, right? There’s only one way to perform in a zombie spoof, and that’s to adopt the attitude of an actor performing in a production of Hamlet at the Old Vic.