I’ve written two or three times about Noah Hawley‘s Lucy In The Sky, and also about the disturbing side issue known as “pizza and darts.” Lucy will have its big Toronto Film Festival debut tonight at 9 pm eastern. Fox Searchlght/Disney will release it on 10.4.19. Here’s a Deadline discussion about the film’s varying aspect ratios, posted on 9.10:

Deadline‘s Anthony D’Alessandro: “The other element about Lucy in the Sky that’s fascinating is how you continually adjust the aspect ratio.”

Hawley: “My goal was to make a movie that was…as close to the experience of being Lucy Cola (a stand-in for the real-life astronaut Lisa Nowak) as I could give you. One of the first thoughts I had is the reduction of scale when she comes back from space. It’s a full-screen experience when she’s up there in space and she’s energized and feels alive in a way she’s never felt alive before, and then the moment she lands back on earth everything feels smaller, and so the screen closes down to what is a 4 × 3 box, and that became the beginning of the cinematic approach to the film, which ended up involving a lot of different aspect ratios and the screen sort of expanding and contracting to try to simulate the feeling of being her so visually and also through the sound design.

“There’s a moment in which you know toward the end of the film where she commits to a path that will ultimately lead to her ruin but in her mind as someone who has never met a problem she can’t solve, but who has been put into a no-win scenario, she goes a bit nuts and she commits to this path of confronting the people she thinks have wronged her and it takes her on the road. In her mind there’s an exhilaration to it and that’s what re-expands the screen in the 15 or 20 minutes of the film.” 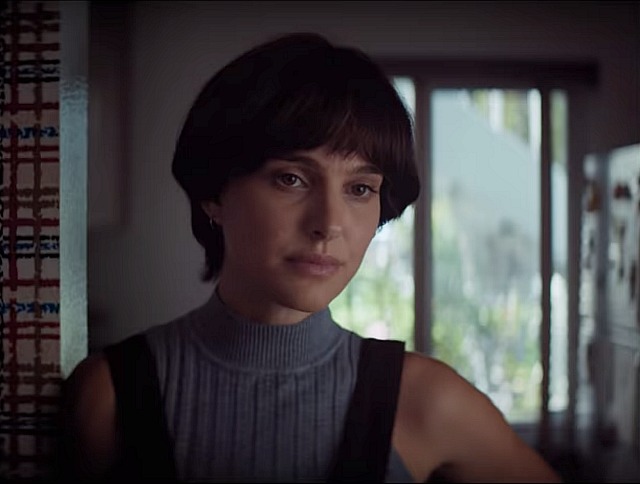