Anyone Who Reads The Trump-Zelensky Transcript…

…and concludes that there was no quid pro quo between Ukranian president Volodymyr Zelensky pledging an attempt to collect potential dirt on Joe Biden and President Trump offering to unlock $400 million in U.S. aid…anyone who reads the transcript and doesn’t recognize or acknowledge what was actually being said is either (a) a liar, (b) a stooge, (c) five years old or younger or (d) a complete idiot.

Any news reporter or analyst who says, “Well, gee…Trump didn’t precisely and explicitly link the release of the $400 million to Zelensky pledging to investigate Biden for all its worth…there’s no actual smoking gun here“…any reporter or analyst who asserts this is either rock stupid or deliberately attempting to obscure the obvious.

Remember that third-act diner scene in Goodfellas when Robert De Niro asks Ray Liotta if he could fly down to Florida on vacation “and take care of this thing”? Mobsters and crime bosses never say “I want you to murder this guy because he ratted us all out” or “I want you to stick an icepick in this guy’s neck in order to keep him from testifying against me.” They say “I know you’ll take care of the problem”…enough said! 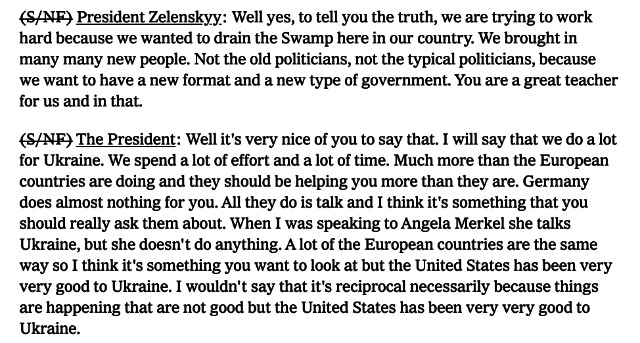 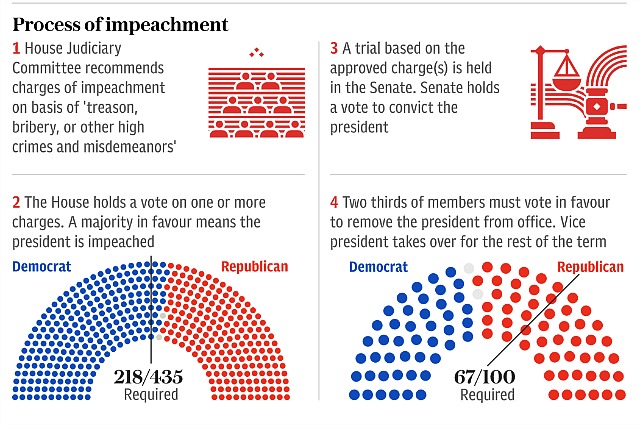 From this morning’s N.Y Times story, titled “Trump Asks Ukraine’s Leader to ‘Do Us a Favor’ and Also Urges Inquiry of Biden,” written by Maggie Haberman, Michael D. Shear and Katie Benner:

“President Trump urged the president of Ukraine to contact Attorney General William P. Barr about opening a potential corruption investigation connected to former Vice President Joseph R. Biden Jr., according to the reconstruction of a July phone call at the center of accusations that Mr. Trump pressured a foreign leader to find dirt on a political rival.

“’I would like you to do us a favor,’ Mr. Trump said in response to President Volodymyr Zelensky of Ukraine raising the prospect of acquiring military equipment from the United States. Noting that the United States had ‘done a lot for Ukraine,’ Mr. Trump also asked for another inquiry: that the Ukrainians examine an unsubstantiated theory about stolen Democratic emails.

“’So whatever you can do with the attorney general would be great,’ the president told Mr. Zelensky, who later agreed to have the country’s new top prosecutor conduct the investigations Mr. Trump wanted.

“’The next prosecutor general will be 100 percent my person, my candidate,’ Mr. Zelensky assured the president. ‘He or she will look into the situation.'”

Comic highlight: “After a whistle-blower raised concerns about Mr. Trump’s dealings with Ukraine, the director of national intelligence and the inspector general for the intelligence community each referred the complaint for a possible criminal investigation into the president’s actions, according to a Justice Department official. The department’s criminal division reviewed the matters and concluded that there was no basis for a criminal investigation into Mr. Trump’s behavior. Law enforcement officials determined that the reconstructed transcript of the call did not show that Mr. Trump had violated campaign finance laws by soliciting from a foreign national a contribution, donation or thing of value.