It doesn’t seem like that far back when I attended the first big Academy screening of Prizzi’s Honor. But it happened 34 and 1/3 fucking years ago. Sobered by this realization, I started poking around yesterday, and eventually came across and re-read a fascinating Film Comment interview with Charley Partanna himself. Good reading, on point, nicely refined.

This morning I asked the author, Beverly Walker, whom I’ve known for eons, how it came about. The piece, she said, was derived from six hours of conversation, which happened in three installments. “Three separate interviews?,” I replied. “Wow, the access. Today all you can hope for is 20 minutes in a hotel room. Didn’t Jack’s publicist ask ‘Jeez, Beverly…how many sessions do you need?’ Can you give me a rundown about how and where it all happened?”

Beverly replied in less than an hour, and very tidily at that. 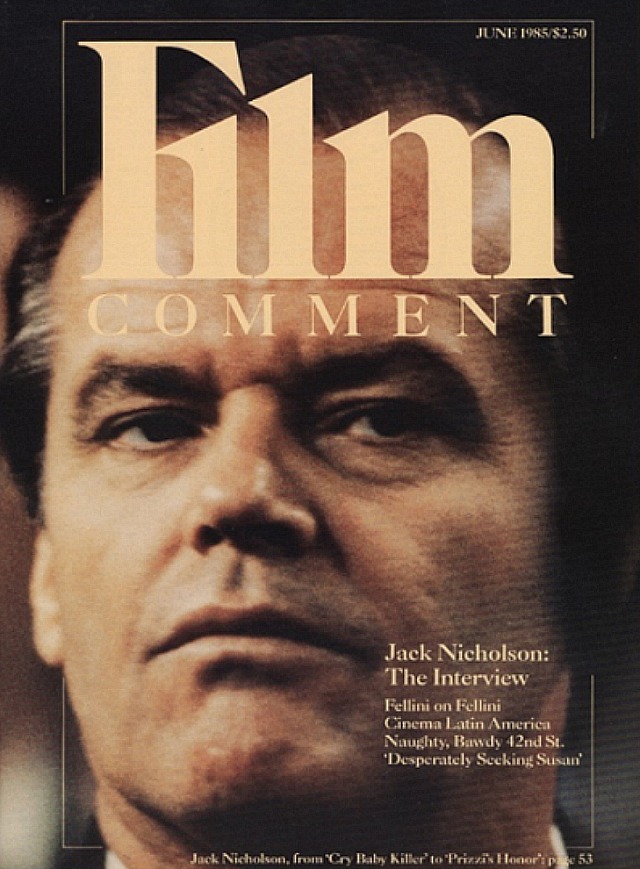 BW: “I had an acquaintanceship with Jack, having been introduced by Pierre Cottrell shortly after I moved to Los Angeles in 1970. Pierre — a producer with Barbet Schroeder of Eric Rohmer’s early films — had known Jack a long time; in fact, Jack had lived with Pierre and his wife, Edith, during a long sojourn in Paris in the ‘60s. Pierre had become a friend of mine during my years at the N.Y. Film Festival.

“This acquaintance with Jack was renewed when I handled NYC release publicity for The King of Marvin Gardens. I liked Jack a lot; I was fascinated by the huge difference between the guy I was around and his public persona. I knew how smart he was — how articulate — and thought he would be a great interview subject. Somewhere along the way, he said he would sit down with me for an interview,
During the filming of Prizzi’s Honor (which I worked on), he confirmed it.

“When shooting was finished, I went to his house on Mulholland on three separate occasions, for at least two hours each time, to talk with him. It was quite easy and informal. The second time, as I recall, he was distressed about losing most of his eyebrows, which were singed when a burner on his stove flared up**. It was scary, and he was in pain. Nonetheless, he carried on.

“Jack never had a publicist or an agent, just a manager. But the appointments were done through an assistant of his, whose name I regret to say I cannot recall, but whom I knew from being around the set on Prizzi’s Honor.

“We — Harlan Jacobson, editor of Film Comment at the time, and myself — had agreed to allow Jack to read the interview before publication. There was concern because Jack had indiscreetly talked so much about drugs and other inflammatory subjects; his position within the industry was a little iffy. I didn’t mind because I had no intention of addressing those subjects. I really wanted to allow him to show this other side of himself, which was largely hidden from the public.

“And so, as I recall, I sent a copy of the text to his manager. After Jack had read it, I was invited to his house again. His daughter, Jennifer, was there. Jack and daughter were absolutely thrilled by the interview. He didn’t change a word except to add one line, ‘The bird was on his own.’ Without realizing it, Harlan chose that line to title the article!

“I received much praise for the interview. It was re-published, word for word, by the Paris Premiere magazine, and also published in an elegant State Department magazine circulated only outside the U.S. I also used bits and pieces of the interview for the book I wrote for Cahier du Cinema, “Anatomy of an Actor: Jack Nicholson.”

Sidenote: “During one of his visits to L.A., Pierre took me to Jack’s home one afternoon. While we were there, someone said Marlon Brando, Jack’s next-door neighbor, was coming over to see Jack about something. Incredibly, I insisted we leave because the idea of meeting Nicholson and Brando in one afternoon was just too much for me! I so regret being so timorous!”

For the fourth time, my story about watching Showgirls at Bob Evans’ home in the fall of ’95 with Nicholson, Bryan Singer, Chris McQuarrie and Tom DeSantos.

** I have to admit that I immediately suspected that Jack’s alleged “stove burner flaring up” accident was a cover story. I won’t elaborate. 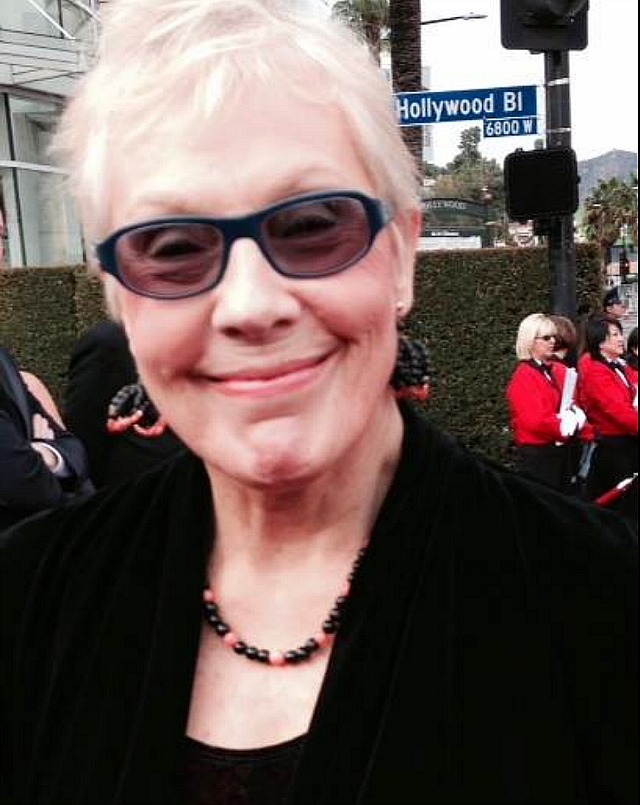 Beverly Walker an the red carpet at the 2009 Oscars