45 minutes hence Hollywood Elsewhere will head east to the Chinese for the big Joker premiere. Given the heavy security I’m feeling relatively safe about catching Todd Phillips and Joaquin Phoenix‘s film this evening, but I’m not sure I’ll feel the same about a public screening. A publicist recently told a journalist pal that he doesn’t plan on seeing Joker in a theatre for this reason. Remember that 2014 Chris Rock joke about the Freedom Tower (“I ain’t never goin’ in there”)? Same difference.

I’m referring, of course, to Joker‘s incel wacko factor. Just as James Holmes slaughtered 12 and wounded 58 during the 7.20.12 massacre during a screening of The Dark Knight Rises, there is suppressed but genuine concern out there that something similar could happen after Joker opens on 10.4. Because Joker has been described in some quarters as a kind of incel anthem flick. 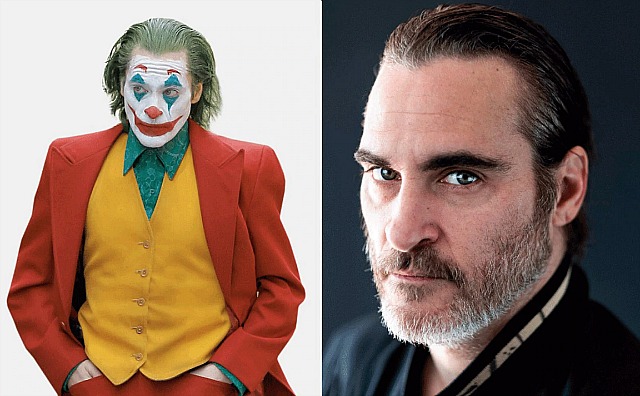 Yes, I used these same photos to illustrate a 9.20 HE piece about the same general topic.

You may have read that Warner Bros. publicity has prohibited red-carpet journalists from attending tonight’s Joker premiere, obviously because they don’t want the talent to be asked the same question that the Telegraph‘s Robbie Collin asked Joaquin Pheonix a few days ago: ‘Aren’t you worried that this film might perversely end up inspiring exactly the kind of people it’s about, with potentially tragic results?’

Variety reported yesterday that the Landmark theatre chain is prohibiting costume play based on Phoenix’s Arthur Fleck, and that the Los Angeles Police Department “would increase its visibility at area theaters…the department said it has not received any specific threats about the movie, but encouraged moviegoers to be vigilant.”

If something happens, God forbid…I hate to even speculate so I won’t. But it’s on everyone’s mind. The incel subculture is real. The rage is real. The incel echoes in Joker are allegedly real.