Shepard Smith, whose penchant for truth-telling and lie-lamenting made him the only honorable Fox News anchor, is out the door. President Trump despised him, which was very good. Tucker Carlson and Sean Hannity were no friends either.

N.Y. Times: “The internal tensions [at Fox] had frustrated Mr. Smith, 55, who was dismayed at the disconnect between some of the pro-Trump cheerleading in prime-time and the reporting produced by the network’s newsroom, according to two people close to the anchor who requested anonymity to share his private observations.

“Mr. Smith had been considering an exit from Fox News for several weeks, [sources] said.”

Tatyana is in shock — before today she’d never once purchased a car. Because Russian princesses don’t buy cars — their wealthy, adoring husbands buy cars for them as a birthday gift, or their employers give them snazzy, spotless, brand-new vehicles to drive as a business perk. It’s important for Tatyana to project a certain flush, well-tended aura, you see. Which I understand, knowing her Russian attitude and all. Me? I’ve always been a rumblehog type of guy, and always will be. Best way…hell, the only way to get around.

Tatyana’s car hunt, in any event, is why I didn’t post much today. We started early this morning — all the papers had been signed by 3 pm. 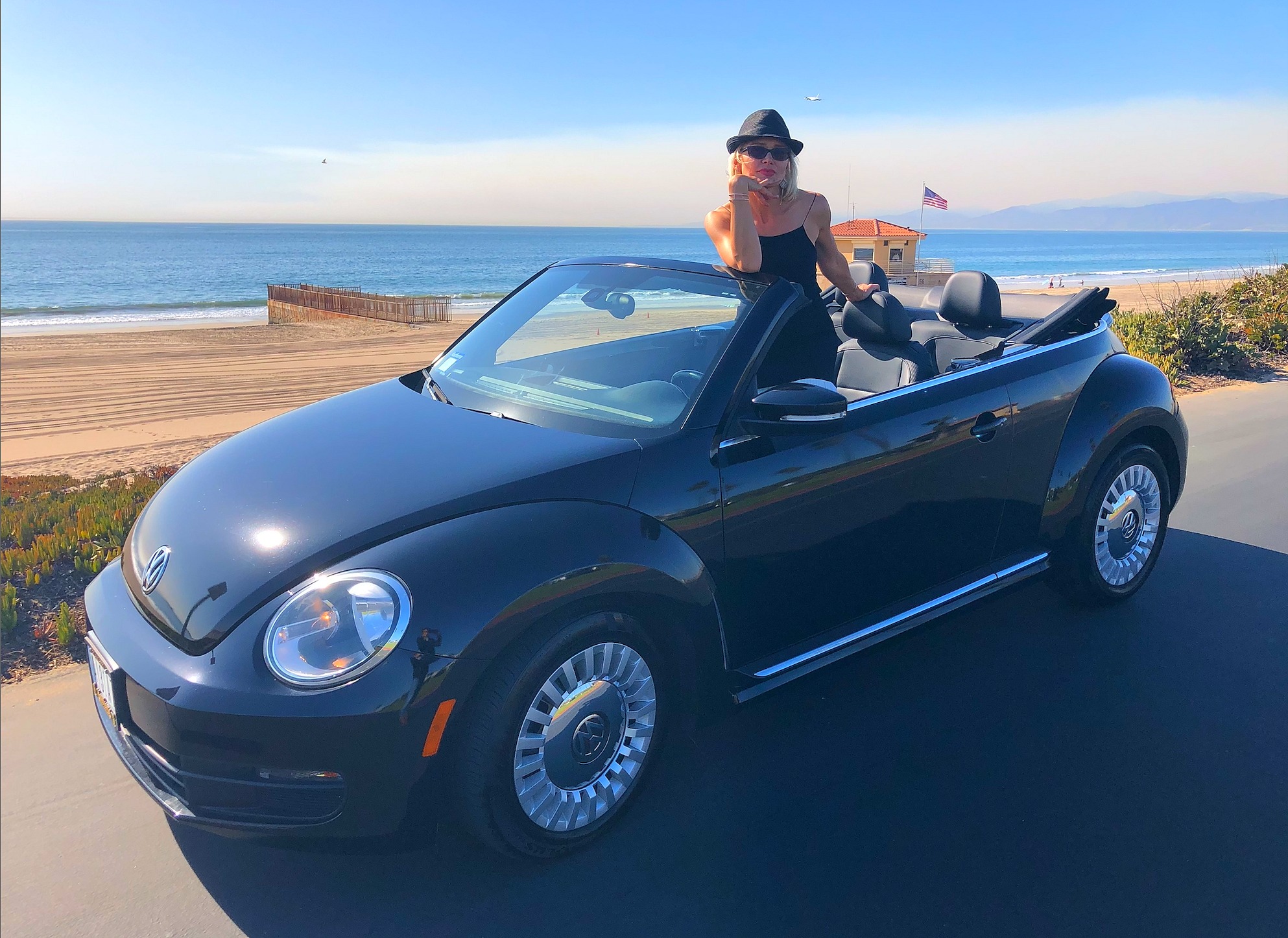 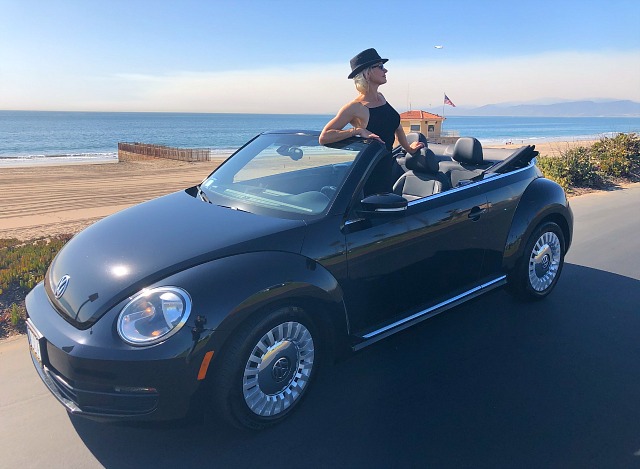 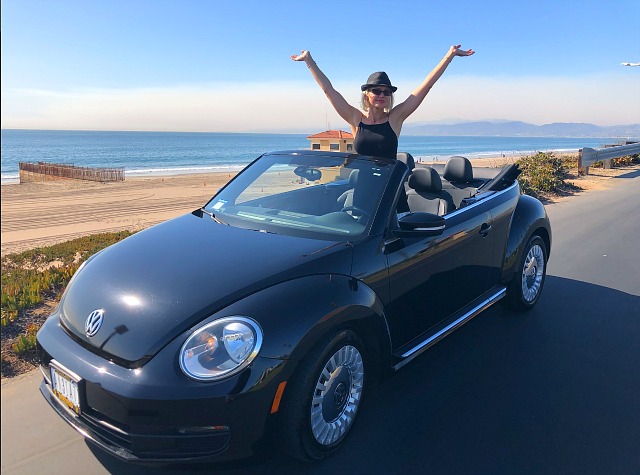 Tatyana bought her 2016 black VW Beetle convertible earlier today at Hawthorne Square (11646 Prairie Ave., Hawthorne, CA 90250). As it happens this is only five or six blocks from the Beach Boys memorial (3701 W. 119th Street), or where the home of Murry and Audree Wilson (parents of Brian, Dennis and Carl) stood before it was demolished by the construction of the 105 Freeway in the mid ’80s. I visited the site while test-driving the Beetle.

Nothing lasts. Asphalt and concrete cover everything. Especially in the Los Angeles area. 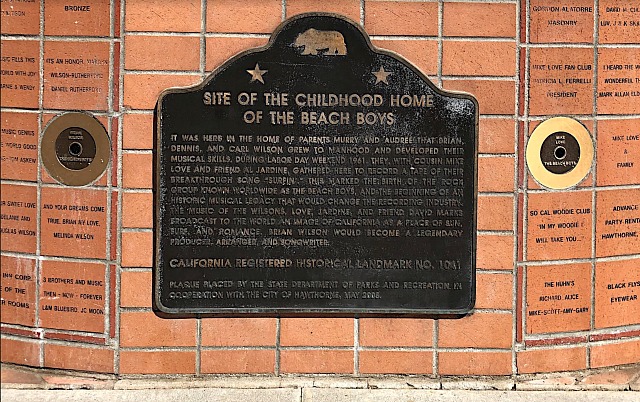 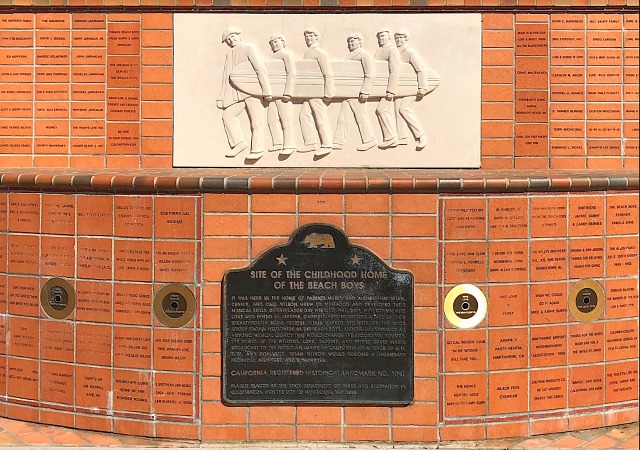 The difference between myself and Jane Fonda as far as political protest and civil disobedience are concerned is that I’ve never been arrested and led away by the bulls. I’m too fleet of foot or, to put it more bluntly, too chickenshit. Jane is now living in Washington D.C. (temporarily) and intending to get arrested each and every Friday (“Fire Drill Friday”) in the vicinity of the Capitol steps, all in the name of climate change and the grotesque refusal of the Trump administration to even acknowledge that the clock is ticking, much less trying to do something about it.

So Emily Blunt‘s Lily Houghton is basically Indiana Jones — a smart-assed, two-fisted, kick-boxing Jackie Chan-like scientist searching for a tree’s magical cure a la Medicine Man. And Dwayne Johnson‘s Frank is a smirking, Hawaiian-born body builder who has tried and failed to model himself on Humphrey Bogart‘s Charlie Allnut.

For what it’s worth, Dwayne’s river boat is much cooler than Allnut’s African Queen. Jungle Cruise opens on 7.24.20. Director Jaume Collet-Serra is shameless, but then you knew that.

Fallen hound and allegedly insensitive assaulter Matt Lauer has lost everything by way of termination and excommunication — the man is finished. But NBC News chief Andy Lack still has skin in the game, and Ronan Farrow’s new book has painted an equally negative portrait of Lack, his allegedly cozy relationship with Harvey Weinstein and a reluctance to move forward on Farrow’s Weinstein reporting.

Two days ago Lack stated in part, “It disappoints me to say that even with passage of time, Farrow’s account has become neither more accurate, nor more respectful of the dedicated colleagues he worked with here at NBC News. He uses a variety of tactics to paint a fundamentally untrue picture.”

This morning Farrow told George Stephanopoulos that the book speaks for itself, but that it’s hard to believe Lack’s account of what happened.