Support on Patreon Follow @wellshwood
13 Comments
Hang Onto This

“The only thing everyone seems to agree upon [these days] is how violently we disagree. [And] what’s important to recognize, however, is that the anger at the center of our social-cultural-political entropy isn’t simply a destructive force. It has taken hold because in some desperate way, it’s a cathartic force. I rant, therefore I am. I snark and tweet (with a vengeance), therefore I am. I rage, therefore I am.

“And part of what we should all be angry about is the fakery of our public discourse. Not just the fake news, but the real news that’s too devoted to stirring the pot (since that’s what’s profitable), the entertainment designed to numb us instead of enlighten us, and — yes — the social media that was supposed to embody a liberal ideal of ‘connection,’ but that didn’t quite work out that way because even liberals spend so much time on it posturing and positioning (i.e., lying about who they are).

“All these layers of unreality are something a lone human animal instinctively wants to blast through. And that’s just what happens in the spectacular climax of Joker. Arthur turns toward the entertainment figure he has idolized as a surrogate daddy, and he says, ‘You’re awful.’ And he’s right. It’s the fakery of it that’s awful. The fakery, in its way, is what Arthur wants to kill.

“That’s why he’s more than just an ‘incel’ — he’s all of us. All of our anger, all the rage that leaves us feeling so liberated when we let it out. Yet don’t take that too literally. Arthur is a figment, a projection, a dream image of our collective spirit. That’s why he’s a warning. Joker says: Smile when your heart is raging. And know that this is what it looks like.”

When I read earlier today about the death of the great Nick Tosches, I decided right away to re-read (for the second time) “Dino: Living High in the Dirty Business of Dreams,” which I regard as the greatest 20th Century showbiz biography ever written.

And then I’ll re-read “Hellfire: The Jerry Lee Lewis Story,” for which Greil Marcus wrote a forward essay. And then I’ll buy a Kindle version of “The Last Opium Den,” which Tosches originally wrote as a Vanity Fair piece.

I don’t know why Nick died at the relatively young or at least unwithered age of 69, but he apparently smoked most of his life.

Consider the following passage from “Opium Den”…the patois, the flavoring and especially the candor. 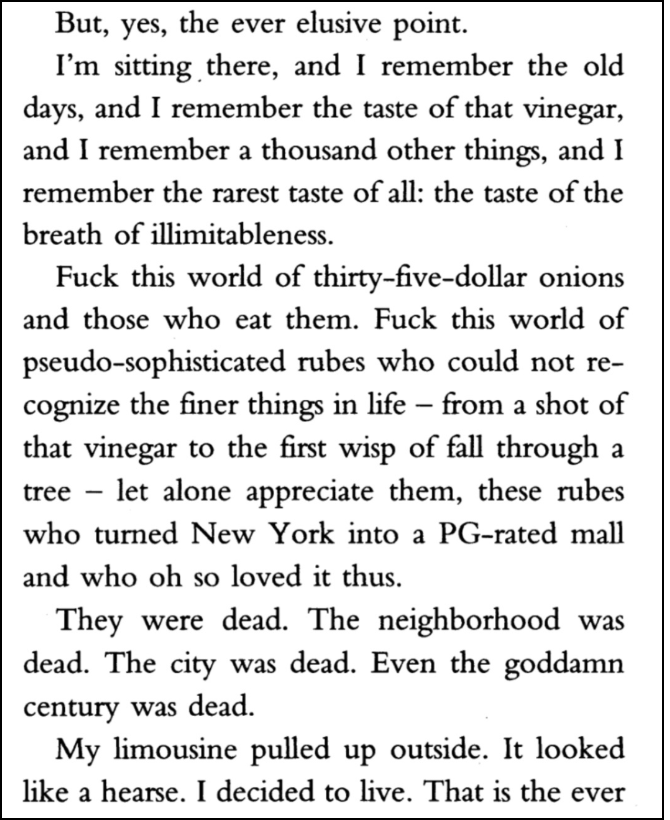 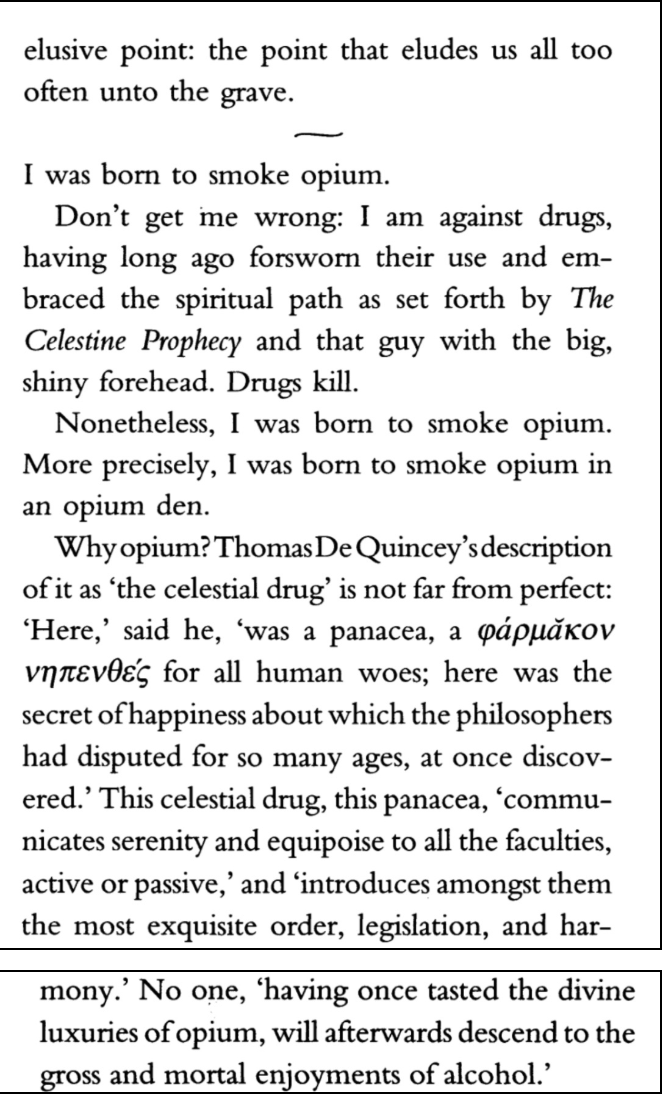 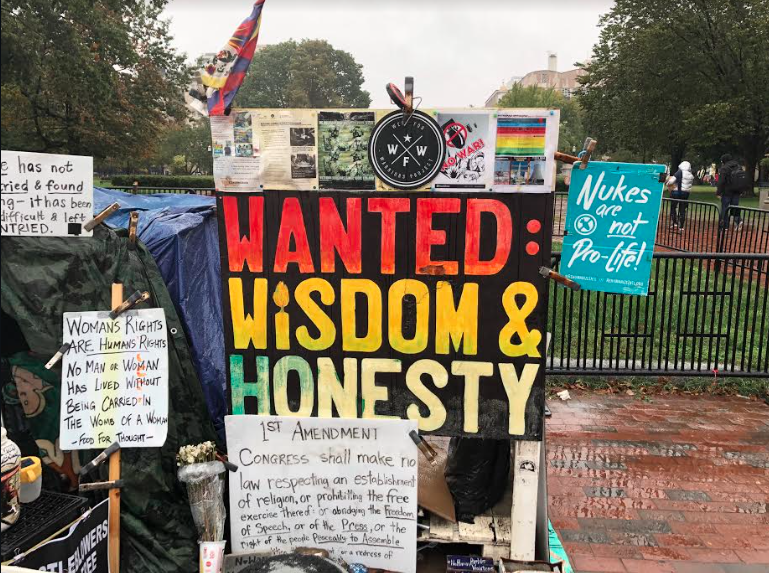 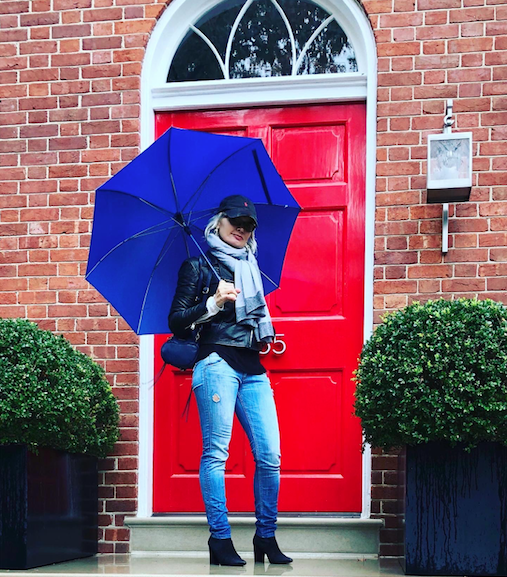 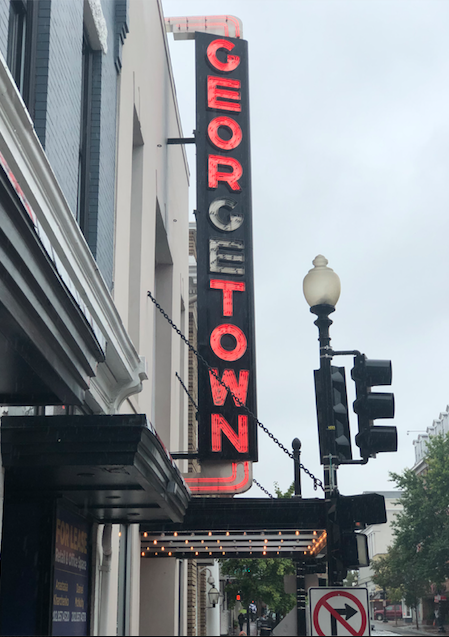 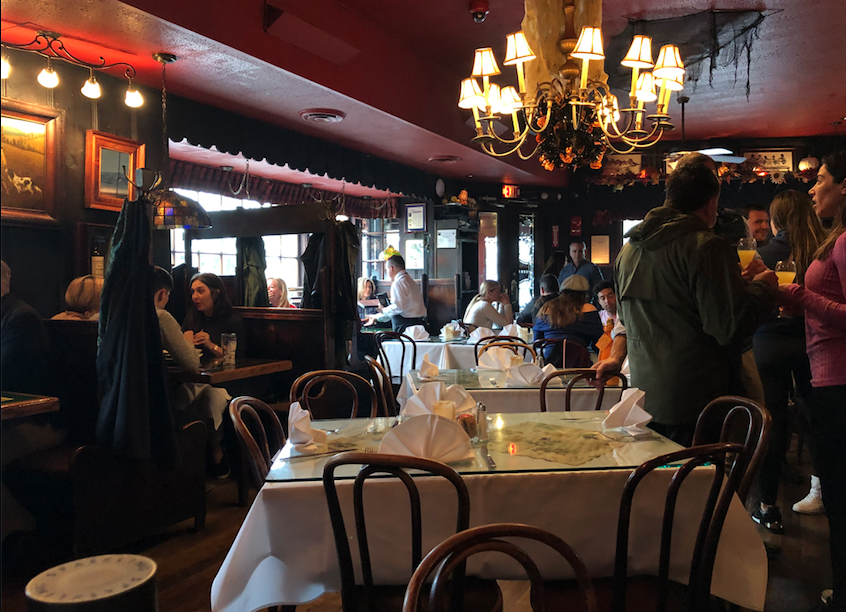 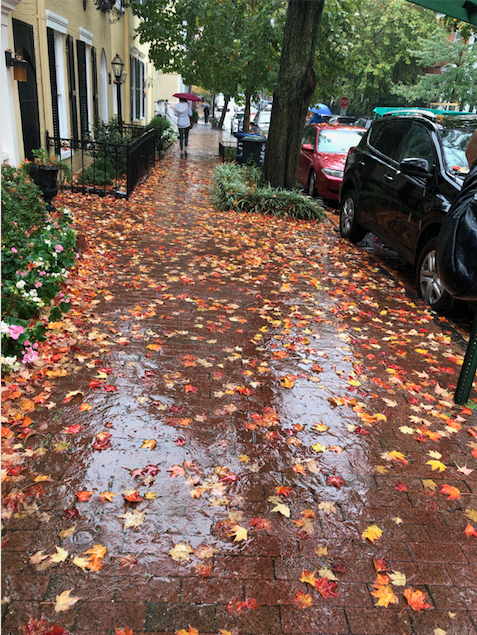 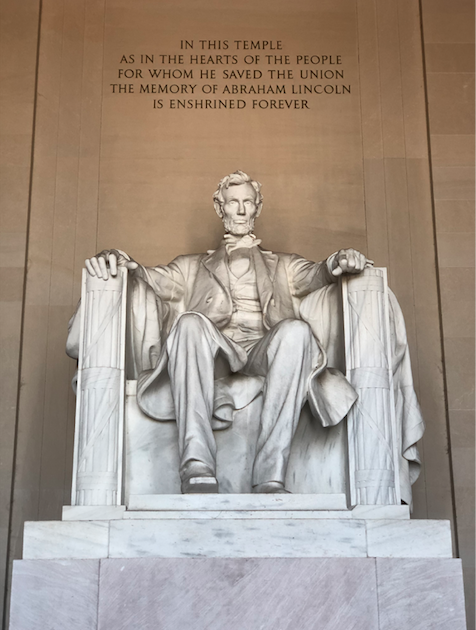 It’s a dry, brisk, fact-based satire of sorts, and quite the brilliant accomplishment when you consider what a labrynthian, all-but-impenetrable worldwide patchwork of hidden funds, shell companies and double-talking, money-laundering bullshit that Soderbergh and screenwriter Scott Z. Burns have boiled down into basic terms.

It’s a little splotchy and detour-y here and there, granted, but mostly I felt engrossed and diverted and never bored.

A complex saga of ducking, hiding and hoodwinking has been honed into a digestible and understandable mash that mostly focuses on a retirement-age widow (Meryl Streep) trying to figure out why an accident insurance policy is worthless in the wake of her late husband’s drowning death, and which eventually leads to…well, it’s complicated. But not uninteresting or unamusing.

It The Laundromat “uneven”? Yeah, but who could possibly expect a story this full of confusing, sidestepping narratives and tributaries to be “even”? Is it on the messy side? Yes, but how much of real life is neat and tidy?

I was basically grateful that I was comprehending most of it and was feeling more or less catered to. I took no breaks. I persevered. I chuckled from time to time.

Streep’s ultimate destination is the real-life, now-defunct law firm of Mossack-Fonseca, a Panama City film-flam operation run by Jurgen Mossack (a German-accented Gary Oldman) and Ramon Fonseca (Antonio Banderas). They basically offered thousands of well-heeled clients (some legit, some not) ways of hiding their money from taxation or detection.

Why are there so many thumbs-down assessments of The Laundromat? Because Soderbergh and Burns are basically explaining and in fact “saying” that rich people have their own way of living, operating and hiding their considerable assets, and that Average Joes have never had a clue about these tricky offshore games and never will, and that if their savings or investments happen to collide with the interests of the super-wealthy they’ll never win — that they’re basically clueless and destined to be taken to the cleaners for the rest of their lives by invisible Slick Willie types.

Soderbergh and Burns are basically delivering a wake-up call (the last shot is of Streep offering a raised fist) but the feeling you’re left with is “get used to it, you’ll never win”

It’s an intriguing, spottily entertaining 95 minutes, and at the end you’re left feeling a bit wiser about how fucked everything is (i.e, how unfair things are for working schmoes and how predatory the rich are). I basically don’t see the problem.

Back from the Howard Schultz detour…

The wifi in the Georgetown Airbnb where we’re bunking until tomorrow morning barely has a pulse, and so streaming the first episode of Lindelof’s new HBO Watchmen series is a dicey proposition. But sight unseen I’m scared, and the reason for this fear is Lindelof, a puzzleboxer and head-fucker from way back. I’m get around to it when I return tomorrow or sometime Wednesday, but until then….

Damon Lindelof‘s Watchmen (HBO, now streaming) “is here to shake you up,” writes Indiewire‘s Ben Travers. “To stimulate new discussions about age-old issues; to challenge preconceived notions by framing them from new perspectives. Admittedly, as a white critic, I can only imagine it’s easier for me to process a lot of these images and themes from a safe distance.

“The world of Watchmen is as important to absorb as it is fascinating to deconstruct. Having seen the premiere half-dozen times now, there are still new details emerging and more to come as the subsequent episodes roll out. Yes, there’s even more to admire if you’re familiar with the comic, but a deep understanding of the text doesn’t change the quality of the current story. It’s just a fun additional layer, for those who want to cover it.”

HE observation: Travers felt compelled to watch the opening episode six times? What does that tell you?

The first episode, titled “It’s Summer and We’re Running Out Of Ice”, “will beg the audience to ask, ‘What the fuck is going on?‘,” Travers writes, “and that’s before getting to the final twist, where one of the central characters, played by one of the cast’s more famous faces, is killed off.”

Travers summary: “Robert Redford is the President of the United States. He has been for more than three decades. The ‘Sundancer in Chief,’ as one radio caller labels him, passed a reparations bill where descendants of slaves don’t have to pay taxes.

“These three pieces of information are critically important to understanding many of the personal dynamics at play in the premiere. It’s why Topher (Dylan Schombing) attacks his classmate for bringing up ‘Redfordations‘ during Angela’s presentation. It’s why the Nixonville suspect probably shouldn’t have answered “yes” when Looking Glass (Tim Blake Nelson) asked him if all Americans should pay taxes. It’s why there’s a different, yet all-too-familiar, kind of tension at play when a black cop pulls over a white hick hauling a truckload of lettuce.