Near the end of Martin Scorsese‘s The Irishman an 80something Frank Sheeran (Robert DeNiro) is being questioned about his criminal past by a couple of dark-suited guys — not necessarily cops, possibly journalists or biographers. Sheeran doesn’t want to talk despite the fact that everyone he’s ever dealt with in a criminal capacity is dead, as one of the inquisitors points out.

In a decade-old draft of Steven Zallian‘s Irishman script, the inquiring journo-biographers are used as a framing device. The script begins and ends (not precisely but near the end) with questions for Sheeran that are left unanswered or deflected. The below dialogue constitutes the first two and half pages of the ’09 draft. Scorsese may have shot it but it didn’t make the final cut. No regrets or laments as the film unfolds and pays off like a symphony, but the dialogue is good and true. 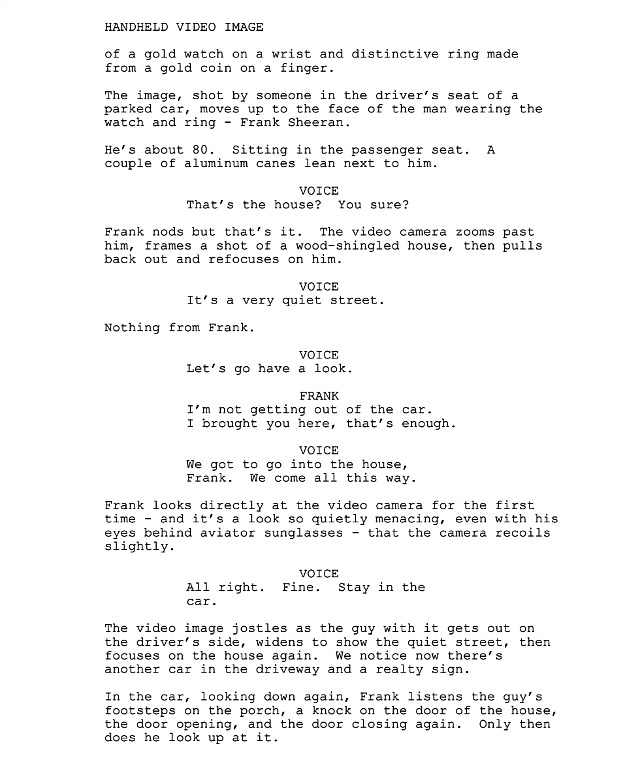 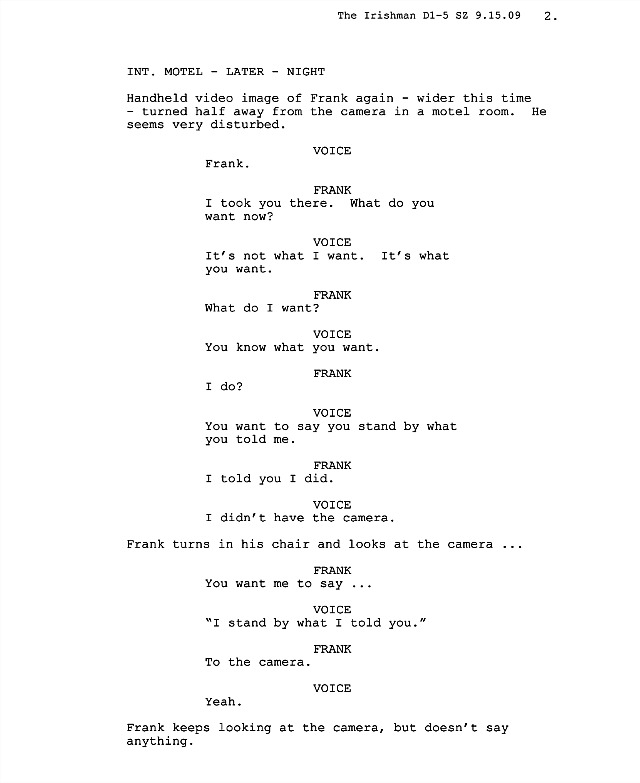 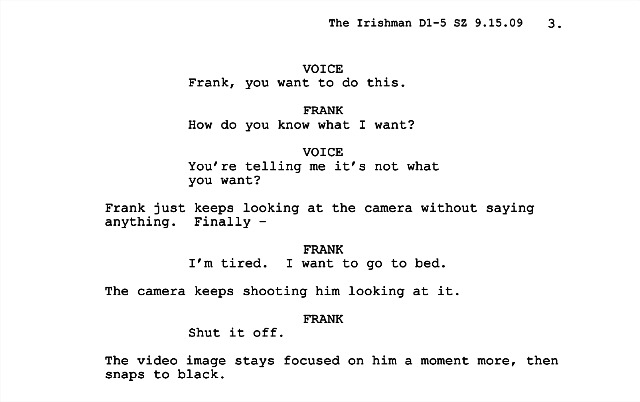 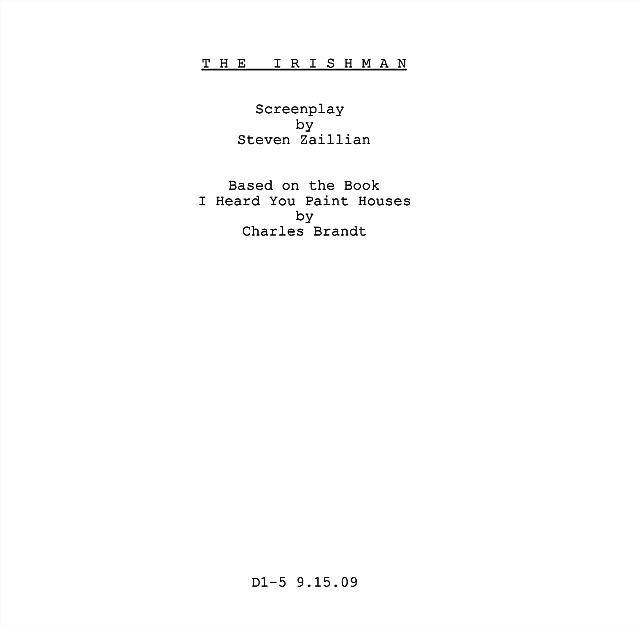