Having been a West Hollywood person since ’91, I know a lot of the local history and architectural lore, etc. I especially love visiting the homes and apartments of long-gone residents. But until last night I’d never visited the final home of F. Scott Fitzgerald at 1403 No. Laurel Ave. It’s a 90 year-old apartment building with peaked roofs, high ceilings in each unit, and a quiet, lulling vibe outside.

Fitzgerald lived on the second floor, but died of a heart attack at the nearby apartment of columnist girlfriend Sheila Graham, at 1443 Hayworth Ave. It happened on 12.21.40. Dude was only 44. 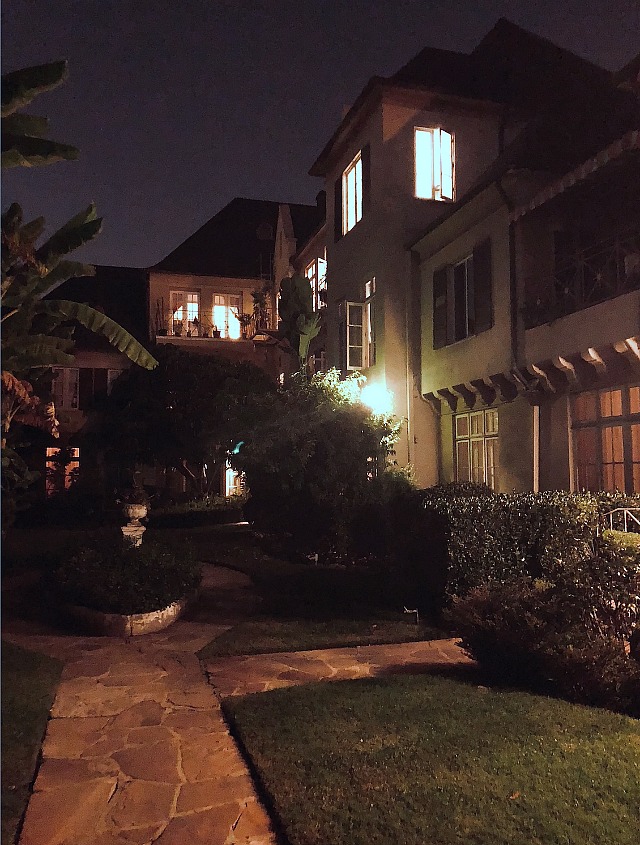 25 years of steady boozing and smoking won’t necessarily kill you, but they played a part in Fitzgerald’s case. He reportedly had a weak ticker to begin with. Five or six weeks prior to his death, Scott suffered a non-fatal heart attack at Schwab’s, reportedly while waiting to buy smokes.

Scott and Sheila had been together and more or less cohabiting since ’37. Legend has it that Fitzgerald’s next-door neighbors at the Laurel building were the unmarried Lucille Ball and Desi Arnaz.

No, I’ve never seen Beloved Infidel (’59), partly because it doesn’t exactly have an exalted reputation but also because I’ve always found alcoholic characters dull and frustrating. This prejudice partially explains my longstanding dislike of John Huston‘s Under The Volcano. The one exception to HE’s alky rule is Mike Figgis‘s Leaving Las Vegas.