Which is why, if they would just pay attention and flush their heads out and confront the unfortunate possibility that The Beast might be re-elected if his opponent is Elizabeth Warren (even though it seems deranged that anyone would vote for Cheeto over Elizabeth), they’d realize that Pete Buttigieg is the most sensible-sounding, practical-minded, forward-looking Democratic contender who isn’t enslaved to the SJW white-guy-hating progressive left. On top of which he’s the only candidate among the top four who’s below retirement age.

Is Droopin’ Biden slippin’ and slidin’ and most likely fated to lose to Warren? That seems to be the general impression. Nobody is expecting him to bounce back, that’s for sure. 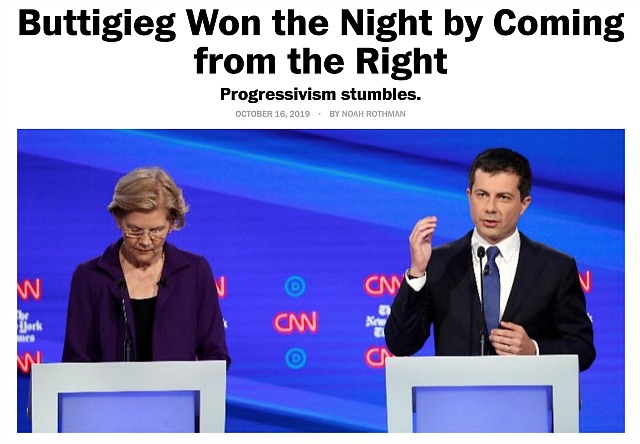 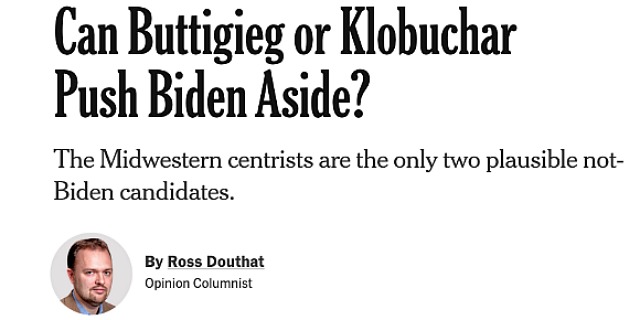