After last weekend’s Joker premiere screening I heard a couple of predictions that at least a portion of the Joe and Jane Popcorn community might find it too unsettling, too severe, too fuck-all. Because it doesn’t deliver the usual safe spaces and comfort zones, and by the finale seems to more or less endorse the idea of mass anarchic rebellion in the streets. It leaves you with no one to care for or identify with except loony Arthur Fleck. Obviously not your dad’s D.C. movie.

HE to comment-thread gang who saw it last night or earlier today: What was the after-aroma in the room as everyone was filing out? Too heavy-creepy? A mad, daring bull’s-eye? Somewhere in between? The drag-assers at CinemaScore haven’t posted a grade yet.

Last night’s $13 million take apparently means a $90 million tally by Sunday evening. Nobody cares about the carpings by wokester critics. Joker is an essential activity for the next 60 hours. 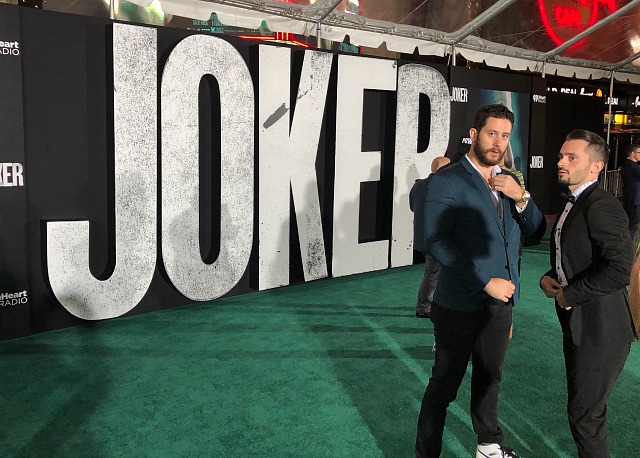 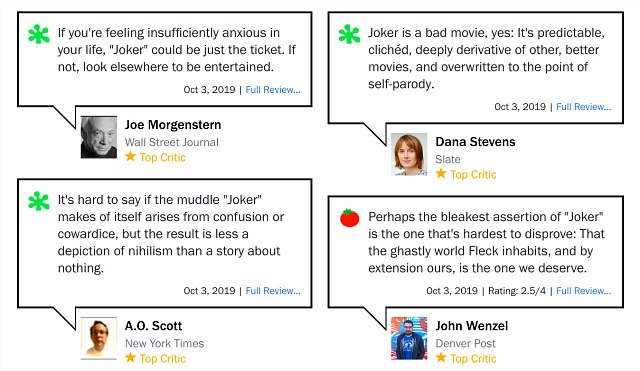