After shooting in the NYC-New Jersey area for 11 weeks, Steven Spielberg‘s West Side Story wrapped a week ago — on 9.27.19. The Daily Mail posted the below video today (10.4). Yes, that’s Spike Lee paying a visit.

HE continues to maintain two things:

(1) It was probably a bad idea to remake West Side Story for 2020 audiences. The original idea came from early to mid ’50s NYC gang culture, and the original B’way stage play opened in 1957 — 62 years ago. The 1961 film version was derided up and down for being glossy and inauthentic. Spielberg will almost certainly deliver a more realistic ’50s milieu, but the basic, strongly emotional song-and-ballet material probably won’t connect with under-35s, who will probably regard it at arm’s length. Romeo and Juliet is eternal, but West Side Story has essentially become a nostalgic timepiece for boomers;

(2) If a single young actor (either a Jet or a Shark) says “daddy-o”, West Side Story will collapse like a house of cards.

Incidentally: It’s nobody’s business if costars Ansel Elgort and Rachel Zegler have developed an off-screen relationship of some kind. (Or not.) 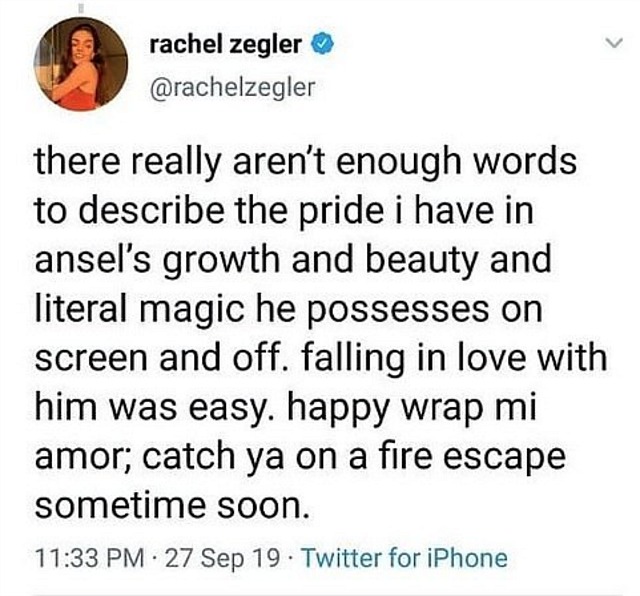