Once Was Enough, Thanks

Speaking as one who embraced sobriety seven and a half years ago (on 3.20.12) and have never attended more than two or three AA meetings, I’ve never felt the slightest urge to re-watch Blake Edwards‘ Days of Wine and Roses (’62). Not once. I respect it but that’s all.

It’s a reasonably effective portrayal of the horrors of alcoholic enslavement and how difficult it can be for some people to unshackle themselves for good. The script by JP Miller is a little too on-the-nose, but it doesn’t exactly get in the way. And it’s certainly well acted by Jack Lemmon, Lee Remick, Jack Klugman, Charles Bickford, etc. But it also manages to make inebriation and sobriety seem equally miserable.

Lemmon and Remick’s sloppy alcoholic shenanigans during the first third seem empty, juvenile and demeaning — they’re acting like giddy idiots. And when they turn sober it’s like they’re both covered with some kind of awful gloom sauce — like they’re taking two misery pills with breakfast and two at dinner. You’re watching it and going, “Jesus, I wouldn’t want to hang with these dullards drunk or sober.”

Sobriety isn’t easy at first, granted, but the morning wake-ups are wonderful, and you gradually learn how to smile and even laugh again. And that feeling of a terrible 700-pound wet gorilla no longer clinging to your back is heavenly.

Drinking, for me, was a lot more fun that what Lemmon and Remick were up to. I was never a pathetic, falling-down drunk, and I recall experiencing some truly insane and hilarious episodes when I was buzzed. Especially in my 20s and early 30s. I was almost never shit-faced (or at least not after high school), but at the same time my motto was “life would be unbearable without alcohol.” I was just having a good time. Thank God I got to carouse around Italy two or three times before I renounced. Drinking good wine in a sensible way can be wonderful.

My first cold-turkey renunciation happened in ’96 (I was mainly determined to quit vodka), but after two or three years I gradually started to sip wine from time to time, and it felt pretty cool for the most part. My last and final quit (no wine, no beer, no nothing) happened because nightly Pinot Grigio sippings had began to play hell with my looks, and because it gradually over-heated my personality and made me behave in an intemperate manner from time to time.

Sobriety has been the best thing to happen to me this century, no question. But if I ever want to feel badly about what I didn’t go through with alcohol, I’ll watch Days of Wine and Roses. 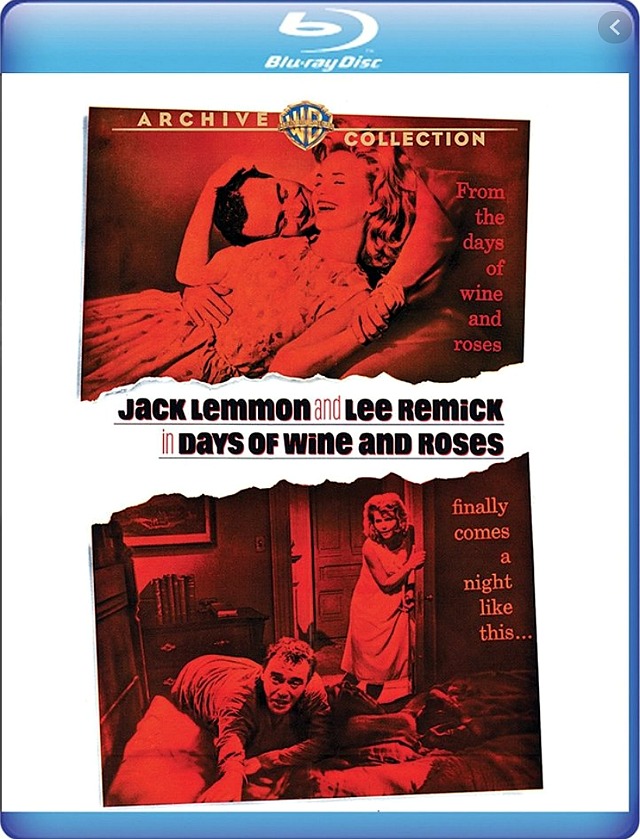 October 3, 2019by Jeffrey Wells15 Comments
« Previous post
Those Awful Disqus People
Next post »
Why Must They Treat Me So Bad?