Punish Your Ears and Eyeballs

A day or two ago Variety‘s Chris Willman attended a Sharon Tate triple feature at the New Beverly — Valley of the Dolls (awful), Fearless Vampire Killers (lesser Polanski but tolerable) and The Wrecking Crew (flat-out stinkeroonie).

Willman: “I enjoyed The Wrecking Crew maybe a little less than the audience at the Bruin in Once Upon a Time in Hollywood but what a doll.” What did Willman actually mean when he said he “enjoyed it a little less,” etc.? We can only guess, of course, but my presumption is that Willman hated it so much that at the halfway point he suddenly bolted into the New Beverly bathroom and threw up.

The fact that poor Sharon Tate died in a ghastly and horrific way doesn’t automatically mean that the films she made in the late ’60s were any good. 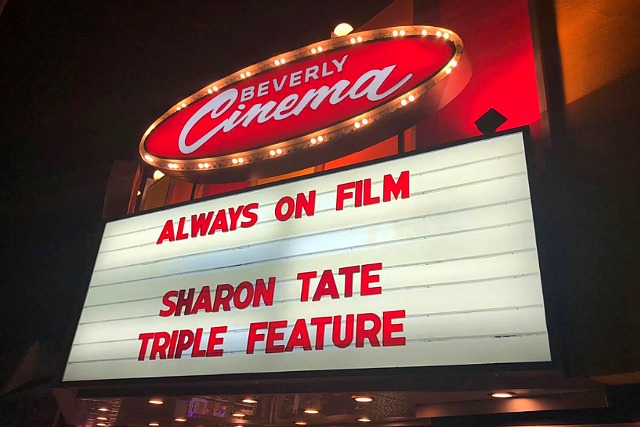 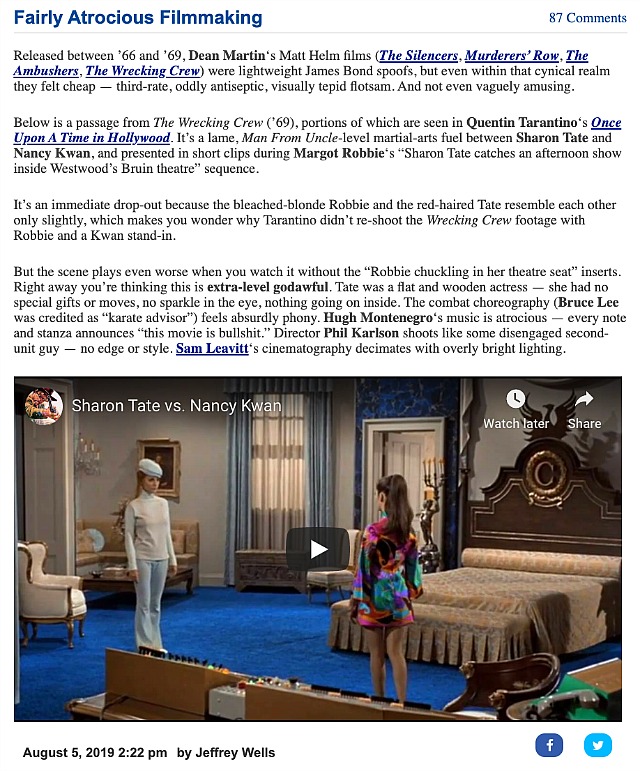