Robert Forster at the Silver Spoon

“Cranky, Scrappy,” posted on 12.31.11: “It’s always a pleasure when a family drama has a cranky older guy or a crazy guy hanging around. Someone who will blurt out what’s really going on (and has gone on) without any restraint or regard for subtlety. Michael Shannon‘s crazy truth-teller in Revolutionary Road, for example. Or Alan Arkin‘s drug-dabbling, blunt-spoken granddad in Little Miss Sunshine. Or Robert Forster‘s cranky gramps in The Descendants.

Forster’s character (the father of George Clooney‘s comatose wife), bawls out Shailene Woodley‘s Alexandra for giving her mom a rough time (“shame on you!”), and then he cold-cocks her friend Sid (Nick Krause), and then says “there you are again” to Sid when he returns in Act Three. And then he chews out Clooney for not giving enough to his “faithful, loyal wife”, and then he has a tender moment at his daughter’s bedside, kissing her goodbye.

These are all stick-to-the-ribs moments, and Forster brings each one home.

I don’t just love characters like this in films; I love them in real life. My father started to be like this when he got into his ’60s, but he really turned it on in his ’70s and ’80s. 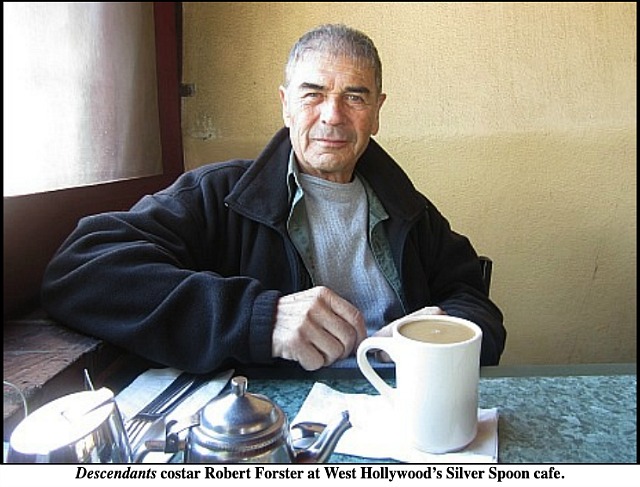 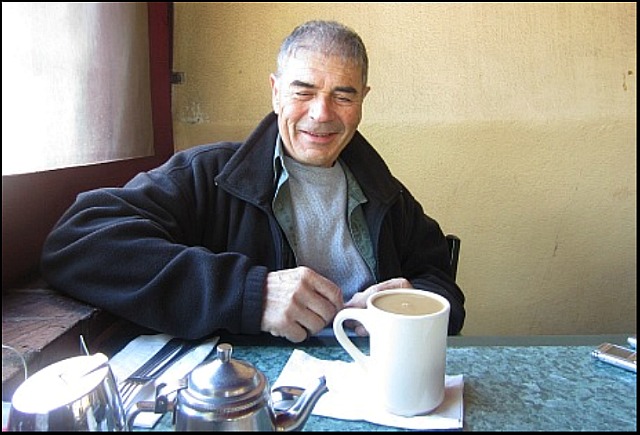