With its naugahyde booths, formica tabletops and Venetian blinds on the windows, Chips is a close relation of the diner that was held up by Pumpkin and Honey-Bunny (Tim Roth, Amanda Plummer) in Pulp Fiction. That scene was shot in the Hawthorne Grill, an actual, since-demolished restaurant (14763 Hawthorne Blvd.) about 20 blocks south of Chips. 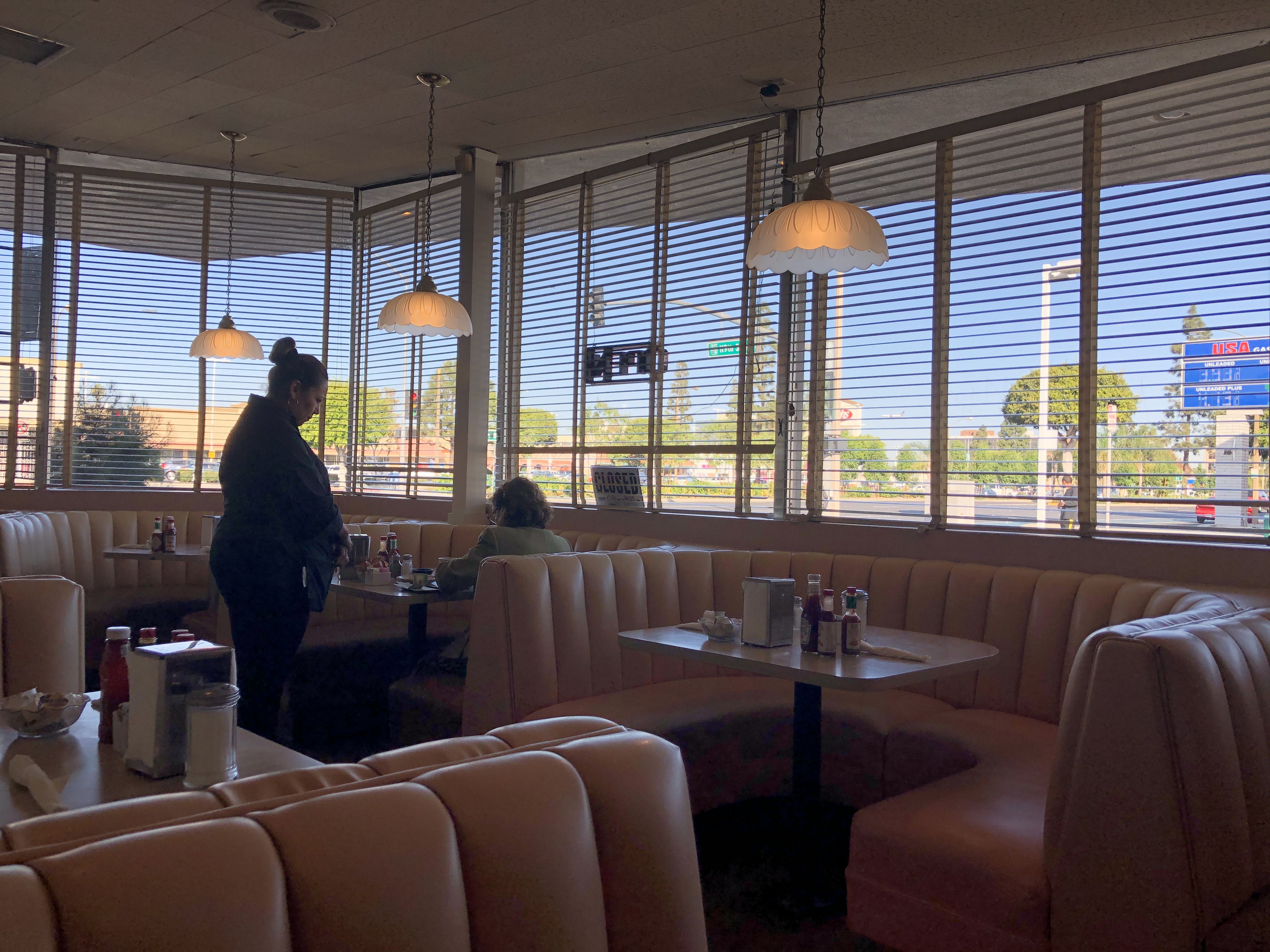 Otherwise this is a horrible area of town — a cultural Siberia pockmarked with the usual strip malls, modest bunaglow neighborhoods, small trees, gas stations, auto parts stores, stray dogs and friendly people coping with this or that form of quiet desperation.

The only other place of interest besides the Hawthorne Grill was the original Murry Wilson home (where Brian, Carl and Dennis grew up), but that was flattened in the ’80s to make way for the 105. Nothing in Hawthorne makes you want to stay — the whole area says “get the fuck out of here…run for your life!…run!”

And the music on the Chips sound system…yeesh. Right now they’re playing “Sugar Shack,” a 1963 cutesy pop tune about a guy falling in love with and then marrying a waitress. “Sugar Shack” was recorded by Jimmy Gilmer and the Fireballs at Norman Petty Studios in Clovis, New Mexico. Wiki excerpt: “The unusual and distinctive organ part was played by Petty on a Hammond Solovox, Model J.”

“Sugar Shack” is 56 years old. Do you think that people having breakfast in Americana diners 56 years hence (2075) will be playing tunes from the 20-teens? Not likely. They’ll probably be playing the same old dooh-wah-diddy-bop. Music from the ’60s, ’70s and ’80s never ends.