“And While We’re On The Subject,” posted on 2.7.19: “Film Twitter is shocked, shocked to discover that John Wayne was a racist, sexist militaristic smugface.

“My father always despised Wayne politically, and I never saw any reason to disagree. Especially for Wayne’s blind support of the Vietnam War. He was also a racist, which was unfortunately par for the course among guys of his ilk.

“But to be fair about it, you have to regard Wayne in a 20th Century context. Obviously his attitudes were and are prehistoric as far as the 2019 woke community is concerned, but he was an old-fashioned, 20th Century rightie. A traditionalist, a man’s man, a soft-spoken gentleman, “nice to the ladies”, a chip off the old Patton block. Obviously a dinosaur by today’s standards but…

“Wayne certainly wasn’t cut from today’s lunatic-conservative cloth — anti-science, corporate-fellating, religiously mule-like, stinking with hypocrisy. Ask Peter Bogdanovich or James Caan — you could relax with Wayne. He joked and smiled a lot and generally behaved like a human being. Which is another way of saying he wasn’t (at least in personal face-time terms) an asshole.

“Film journalist Lewis Beale once interviewed Roscoe Lee Browne, Wayne’s costar in Mark Rydell‘s The Cowboys. Browne told him that Wayne ‘always treated [Browne] with respect and as a professional.'” 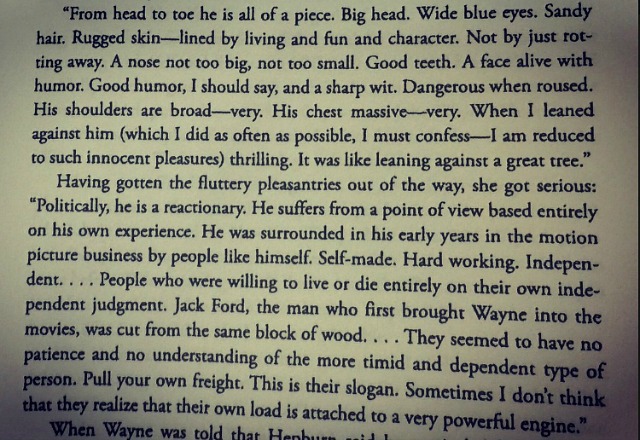 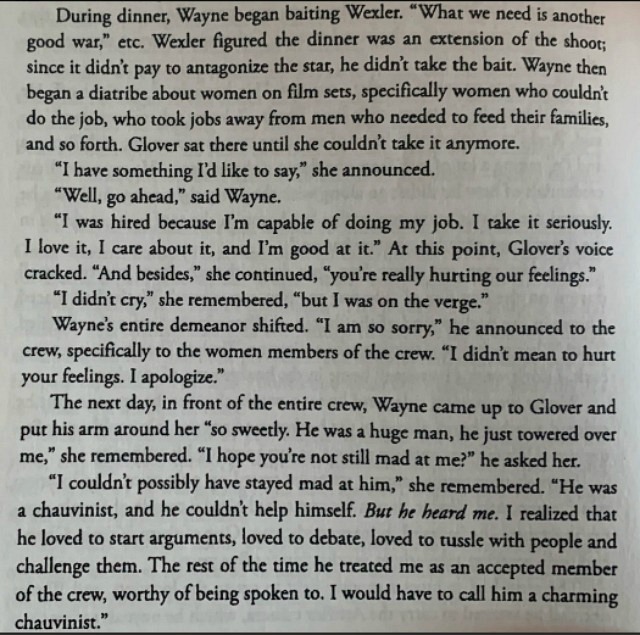