Posted yesterday (11.20) by Cleveland Plain Dealer‘s Brent Larkin, former director of the editorial page: “Of all the regions in all the states in all the country, Jim Jordan got dragged into ours.

“There was no good reason to punish Greater Cleveland by making the person who’s now the second most contemptible human being in the entire U.S. government part of the region’s delegation to Congress.

“When Jordan slithers out from under his rock each morning, dons a shirt and tie — sans the jacket, lest he be mistaken for Joe McCarthy — his life’s work is to besmirch everything America stands for in service of Donald Trump.

“If it takes undermining yet another principle of democracy by condoning attacks on men and women who have devoted their lives in honorable service to this country, Jordan is always ready and willing.

“If it takes changing the Trump defense strategy on an almost daily basis because facts keep getting in the way, Jordan is the ideal bootlicker. Trump’s support is all that seems to matter to the man former House Speaker John Boehner regularly referred to as ‘a legislative terrorist’ — along with a whole bunch of other descriptions unfit for print.” 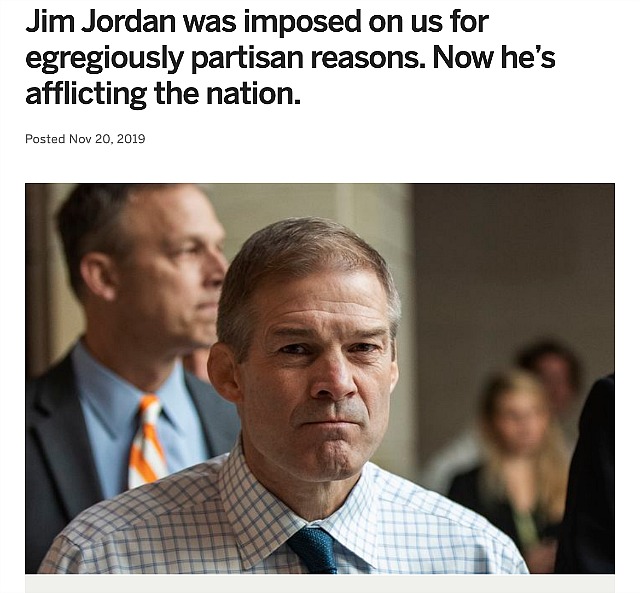 The default kneejerk link to the title of this post is Howard Zeiff and W.D. Richter‘s Slither (’73), which was throwaway junk. James Caan told an interviewer that he took the lead role “because I needed money…there was nothing there.”