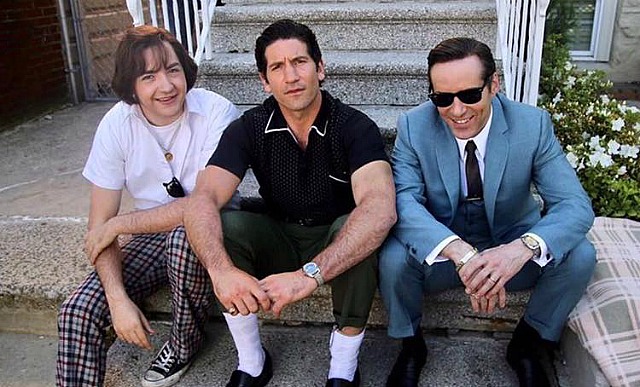 On 5.1.19 I asked the 94 year-old critic John Simon, whose occasionally cutting and cruelly dismissive judgments I had found perversely amusing during his critical heyday period, if he could be persuaded to submit a list of the ten-best films of the 20-teens. (I was doing this on behalf of Jordan Ruimy, who was compiling a list.)

I knew from Simon’s website that he was keeping up with theatre reviews to some extent, and I was presuming he was streaming films or catching them on Bluray or something in that realm.

Simon’s reply arrived on 5.5.19: “I am afraid I can no longer keep up with the movies, and so am not qualified to respond.”

Simon passed earlier today, and I think this finale deserves a certain respectful pause. I know there are some who will make cracks about what a prick he was, about how his passing is analogous to the deaths of Harry Cohn or the fictional Hugo Shields in The Bad and the Beautiful.

I think Simon, whose profile peaked from the mid’ 60s to mid ’90s, was a near-great critic, and I don’t think it matters all that much if he was regarded as an unkind or callous person. He had a voice, a signature, a certain history, an honest attitude. That’s what you want in a critic. You want to feel the presence of a specific seasoned being with likes, loves, preferences, distastes, a certain education and a full rundown of experience of one kind or another.

Critics who muffle themselves in favor of bland consensus opinions aren’t worth spit. Critics who don’t seem to care if people like them or not are rare.

We’ve all heard the Simon stories. I’ve long presumed that many if not most of Simon’s peers sided with Roger Ebert‘s view, expressed in “Life Itself,” that “I feel repugnance for Simon, who made it a specialty to attack the way actors look. They can’t help how they look, any more than John Simon can help looking like a rat.”

“In a piece about Roger Ebert in the wake of this death, the downshifted film and theatre critic John Simon wrote the following: ‘I firmly believe that the film critic should have a special expertise, like any kind of art critic. Like a physician, he should know more about medicine than a layman who picks an over-the-counter drug for a cold; like an architect, he should know more about architecture than a mere gaper at buildings.

The word went out weeks ago among name-brand critics and their editors, not just among the especially political bend-with-the-wind types (i.e., Indiewire staffers) but all over: If at all possible, give Greta Gerwig‘s Little Women a pass.

The fact that no one wanted to ignite any political blowback from the #MeToo crowd and/or didn’t have the heart to give the enormously well-liked Gerwig any noise…this is not a tragedy. It happens from time to time, and lesser films have been favored for similar reasons. When Little Women opens it will connect with Joe and Jane Popcorn or it won’t, and political industry currents will have nothing to do with that final verdict.

I happen to believe that Little Women is somewhere between decent, passable and not that bad. A month ago I called it “highly respectable, nicely burnished, well performed, lusciously authentic,” etc. I was mildly taken with much of it, and I especially loved the scenes between Saoirse Ronan‘s Jo and Tracy Letts‘ “Mr. Dashwood.”

But I have to admit I was a wee bit taken aback by the Rotten Tomatoes and Metacritic ratings of 97% and 88% respectively.

Whenever a politically well-liked film has failed to charm the pants off a certain senior critic, the trades usually often assign a friendlier critic to write the review. Why haven’t Variety and The Hollywood Reporter‘s top-dog critics, Owen Gleiberman and Todd McCarthy, reviewed Little Women? I only know that when these guys step away from the plate and hand the bat to Peter Debruge and David Rooney…well, there’s a reason.

Again, it’s not a tragedy when this happens. Little Women has a lot of support right now and at the end of the day will end up with…well, a lot of affection in certain quarters. And that’s fine.

Screen Daily‘s chief critic Fionnuala Halligan: “An often cloyingly self-satisfied, over-stuffed riposte to the endless Jane Austen adaptations from across the pond, Little Women is American heritage cinema at its most lavishly nostalgic. Doused in autumnal-coloured quilts, throws, patterned shawls and swaddled so deeply in amber light it looks almost baked, this is a film which knows its (female-skewing, festive-led) audience and plays aggressively to it.”

Vanity Fair‘s Richard Lawson: “It’s a paean to the loving of a thing, rather than a movie that gives that thing an entirely new existence, free-standing and self-possessed in its own right, despite Gerwig’s narrative tinkering.”

A critic friend recently complained that Little Women “rambles all over the place,” and that he regarded it as “a scattered piece of storytelling that feels, at times, like an overly long rough cut,” and that “it’s more than a bit precious in its vision of marriage as nothing more than a conspiracy of the patriarchy.”

My view is that Ronan’s Jo is the emotionally fine-tuned engine that makes the film work as well as it does, but that the flashback device doesn’t work, and that the film feels splotchy at times, and that Florence Pugh‘s character is dislikable, and that I was asking myself “wait…what’s going on?” when Better Call Saul (i.e., Bob Odenkirk) showed up at the end of Act Two, and that the heart of Timothee Chalamet‘s “Laurie” is all over the map and spinning like a weather vane.

Sir Thomas More to “Laurie”: “See here, Theodore. For some time and until fairly recently you were head over heels in love with Jo. Now that she’s told you she doesn’t think it will work you’ve not only fallen in love with but proposed to Amy (Florence Pugh). I can only hope that when your heart stops spinning it will operate as normally as God intended.”