“Struggle of Wendy,” posted on 7.13.19: I’ve been hearing about Benh Zetlin‘s Wendy for quite a while now. I asked about the situation 16 months ago, and the general impression is that it was going through a difficult journey.

I heard today that the Fox Searchlight release will be test-screening soon, and that it might (I say “might”) be ready for the fall festivals. It’s been eight and a half years since Zeitlin’s debut film, Beasts of the Southern Wild, premiered at the Sundance Film Festival. Here’s hoping. 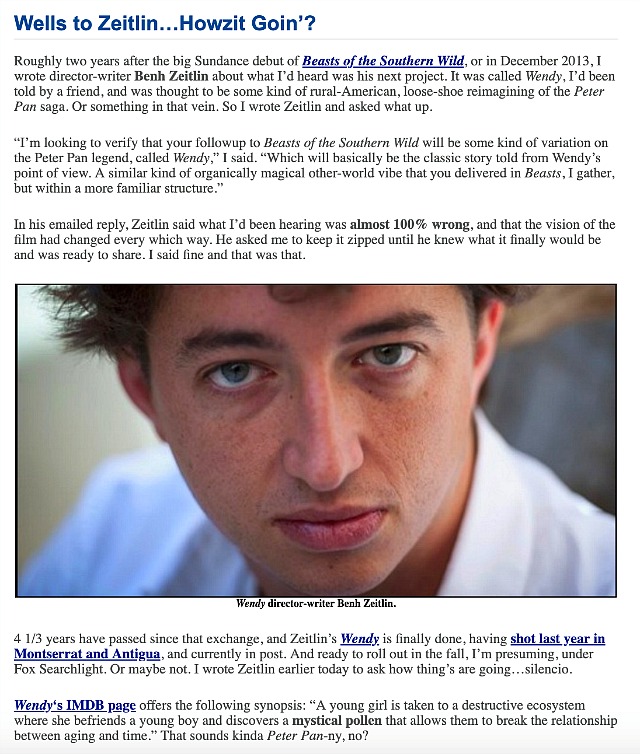