Feinberg vs. Musto over “Little Women”

HE to Michael Musto and Hollywood Reporter Oscar soothsayer Scott Feinberg: We’ve got a major conflict between you two as far as Greta Gerwig‘s Little Women (Sony, 12.25) is concerned. La Dolce Musto has Greta’s film at the very top of his Gold Derby Best Picture spitball list, and yet Scott has relegated Little Women to his second-tier “Major Threats” list, which is a Feinberg euphemism for “don’t bet the farm.”

You guys are obviously on opposite poles. One of you is probably missing or sidestepping something, and that person may be Feinberg — who knows? I realize that a lot of progressive-identifying women want to see Little Women triumph, but I wonder if it has the horses.

I’m a “yes but” admirer of Little Women. A month ago I called it “highly respectable, nicely burnished, well performed, lusciously authentic,” etc. On the other hand it never quite finds a groove, the flashback device is a bit confusing, the manuscript of Saoirse Ronan‘s Jo is burned once too often (regardless of whether or not Louisa May Alcott wrote it this way — did she?) and Timothee Chalamet‘s character doesn’t know who or what he wants, and when told “no, sorry” he flips over like a pancake. 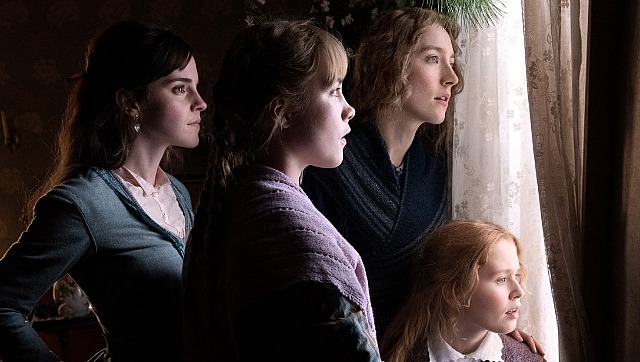 In other words, I’m basically with Feinberg.

Michael, this is your chance to deftly and gracefully withdraw as Little Women‘s biggest booster. You don’t want to be the Japanese solder hiding out in a jungle cave after U.S troops have taken the island in 1945.

The domestically partnered Gerwig and Marriage Story director-writer Noah Baumbach are obviously the dominant award-season power couple, but Little Women‘s 12.25 release date is not what most handicappers would call particularly Oscar-friendly, at least by the way things have worked over the last decade or so.

I’m also sensing a bit of trouble waiting for Marriage Story, if you wanna know. Or more precisely for Baumbach.

Marriage Story will be Best Picture-nominated, for sure, but the dirty little secret of the pre-1917 Oscar community conversation is that the curious absence of a Spirit Awards Best Director nomination for Baumbach probably means something. A lot of us were surprised by this, as all along it’s seemed clear that Baumbach dug deep and has made his most compassionate and emotionally well-layered film. So what’s the issue?

All I can figure is that there’s some kind of whisper campaign than Baumbach cast his alter ego character, Charlie, in too charitable a light. That by depicting Scarlett Johansson‘s Nicole character as the angry, argumentative one who wants the divorce and takes the son to Los Angeles, he more or less stuck it to his ex-wife, Jennifer Jason Leigh, while failing to acknowledge…let’s leave it there.

The tough-lawyer performance by Marriage Story‘s Laura Dern looks like a Best Supporting Actress winner, but a friend is telling me that Marriage Story is this year’s A Star Is Born and that Baumbach may be this year’s Bradley Cooper — big pre-opening festival hype, Twitter starts taking shots, starts to slowly fold once it plays before the Academy rank-and-file.

The Best Picture race is between The Irishman, Once Upon A Time in Hollywood and 1917. The latter had its very first screening this morning in Manhattan (with two more to go this afternoon and evening). 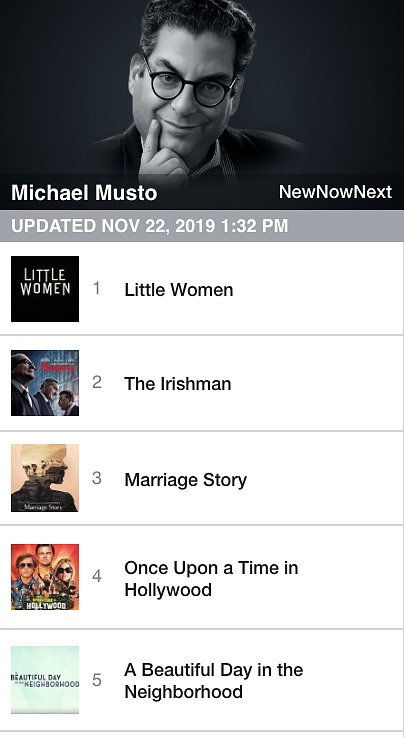 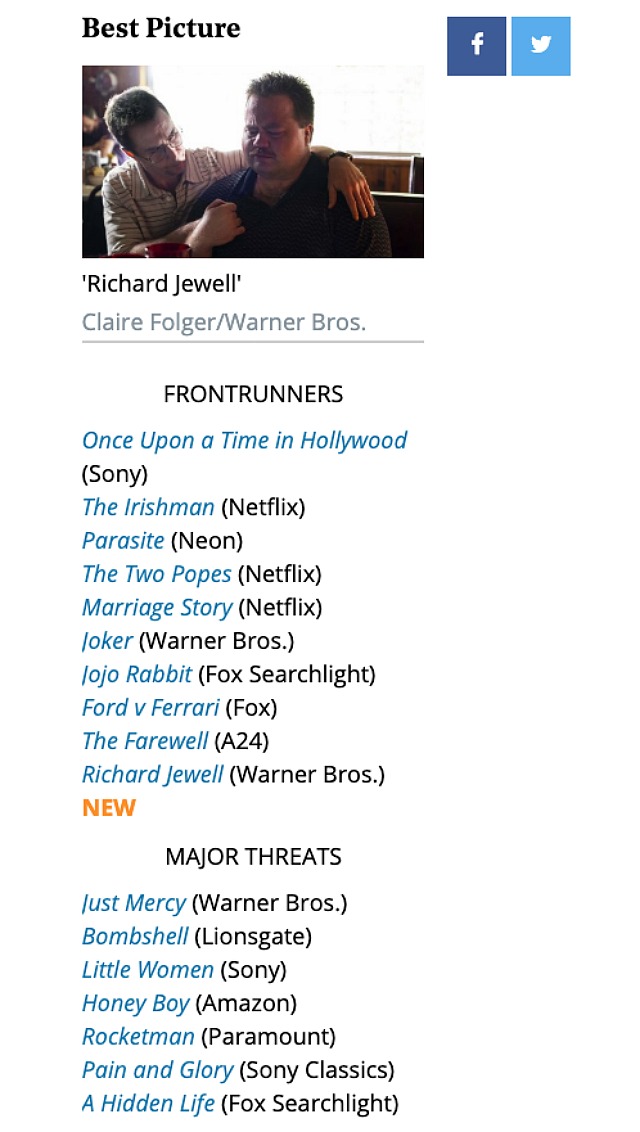