I finally caught up with Jan Komasa‘s Corpus Christi four or five nights ago. I apologize for not mentioning it earlier because it’s a very fine, self-aware film with a poignant spiritual current.

It’s about a kind of spiritual impostor, a 20 year-old just released from a juvenile detention camp who pretends to be a priest when he arrives in a rural Polish village.

The irony is that this blue-eyed kid with a violent past (played by Bartosz Bielenia) gradually becomes the real thing — a comforting presence who stands up for decency, compassion and forgiveness, and whose influence seems to make a real difference to the local townspeople, especially in the matter of a recent DWI car accident that took the lives of several high-school-age youths.

Corpus Christi is basically saying that profound spiritual currents can manifest in almost anyone, and that some people have the God thing inside and some don’t. In this sense it’s a thoughtful discovery drama that stays with you.

Komasa’s film is the Polish entry for the Best International Feature Film at the 92nd Academy Awards. It premiered to positive reviews at the recent 2019 Venice Film Festival. It also played Toronto.

Corpus Christi reminds me of two English-language films with a vaguely similar stamp — Lawrence Kasdan‘s Mumford (99), about a popular small-town psychologist (Loren Dean) who’s gradually exposed as a fraud, and Bryan Forbes‘ Whistle Down The Wind (’61), about a young small-town girl (Hayley Mills) coming to believe that a bearded criminal hiding in her father’s barn (Alan Bates) is a reincarnation of Jesus Christ.

Corpus Christi is inspired by real events, but I don’t see how that matters one way or the other. It is what it is on its own terms.

Note: My “Komasa” spelling is correct. 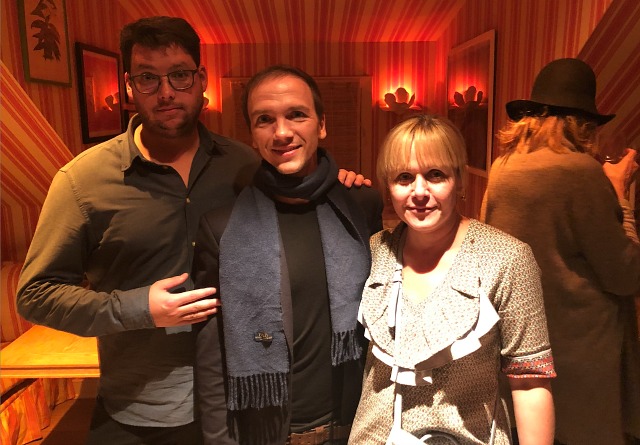