Love Your Son, Weaken Your Career 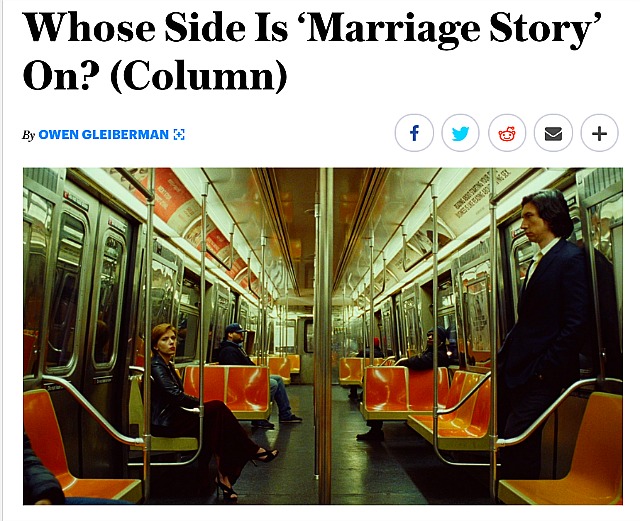 I didn’t fight my ex when she divorced me and moved to San Francisco with our two boys. She took custody and I visited as much as possible (particularly when she went on business trips). I would also take them on driving trips from time to time. And to my parents home in Connecticut for the holidays and even to Europe once or twice. And when they got older they would fly down to see me in Los Angeles. I didn’t give a single dime to a divorce attorney. All my dough was sunk into Jett and Dylan face time.

This is what Charlie should have done — visited Los Angeles as often as possible, brought Henry to NYC whenever feasible, gone on hiking and rafting trips, etc. This is what Baumbach (who based Marriage Story on his divorce from Jennifer Jason Leigh) does now with his son Rohmer.

What does Charlie do in the film? He empties his bank account on two divorce attorneys, rents a second apartment in Los Angeles to establish residency, flies back and forth between N.Y. and L.A., sings Stephen Sondheim‘s “Being Alive” and finally decides that he should try to become an L.A.-based theatre director, at least on a part-time basis.

Terrific! For the love of his son, a top-tier New York theatre director has accepted a career downgrade (just like Dustin Hoffman temporarily does in Kramer vs. Kramer) and — if he invests in an L.A. stage career — will gradually be forgotten by the New York and London theatre community.

This is not the situation that Baumbach, the real-life Charlie, is dealing with in his movie career. He and partner Greta Gerwig (who has not been given a stand-in character or dramatic function by proxy in Marriage Story, despite a general presumption that she was almost certainly part of the Baumbach-JJL split-up on some peripheral level) are both flush and living in Brooklyn with a new baby, and are doing totally fine. And Rohmer, who lives with JJL in Los Angeles, visits them fairly often.