Bong Joon-ho‘s Parasite is his best film ever — no disputes. (Not even from this corner.) And it will almost certainly be Best Picture-nominated, partly because of the crafty, whipsmart direction but mainly because it addresses drastic income disparity, which is a major concern these days. A film that rides this horse makes the SJW crowd cream in their pants.

But when push comes to shove during Phase 2, Parasite won’t clear the final hurdle because of the five arguments I have with it, and which I posted on 10.14.19. [Posted after the jump.]

The Hollywood Reporter‘s Stephen Galloway is all cranked up about the Parasite possibility, but the odds of it winning the Best Picture Oscar…well, I’ve said it.

Best paragraph: “Voters must be convinced that a foreign-language film has a legitimate chance to win the Best Picture Oscar. Netflix may have shaken the walls with its Roma campaign, says one strategist. ‘It allowed people to consider this could be done‘ — that a foreign entry could become a key contender for best picture.’ Now Parasite must publicize its critical raves and audience exit scores to prove it’s no ordinary film.” 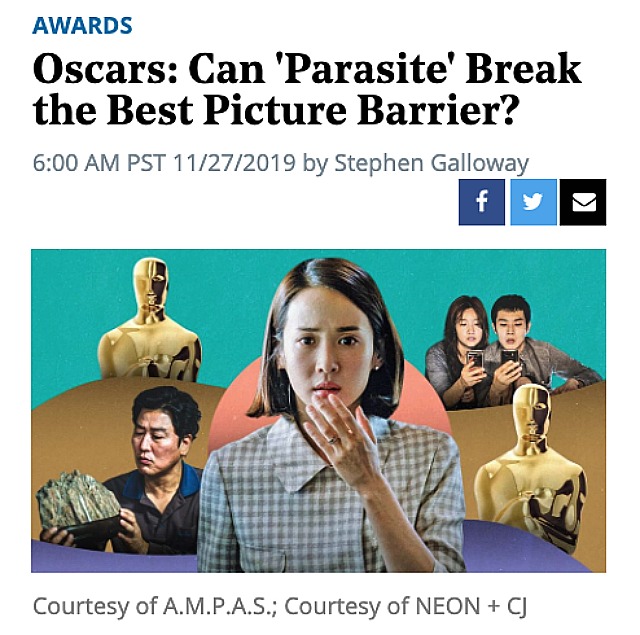 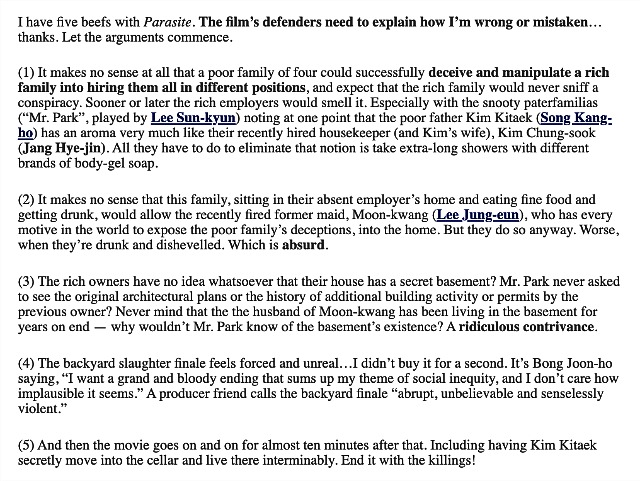