Hollywood Elsewhere proposes that the Academy of Motion Picture Arts & Sciences give Netflix a special Attaboy Oscar for re-opening the Paris theatre and pledging to keep the lights burning. Take 90 seconds during the 2.9.20 Oscar telecast and give Netflix a big old bear hug for this.

A beloved midtown Manhattan movie theatre is no longer dark! This might be the happiest film industry event of 2019.

Great lead paragraph by N.Y. Times‘ Nancy Coleman, posted on 11.25: “When the Paris Theater, New York City’s last surviving single-screen movie house, shut its doors in August, it wasn’t just a heart-wrenching loss for film lovers: It was a physical symbol of the ways streaming services are fundamentally changing the film industry.

“Now, a streaming platform is coming to its rescue.”

When the death of the Paris was announced in mid June, an HE commenter suggested that Netflix could step in and turn the Paris into a prime exhibition opportunity for original Netflix features. Lo and behold!

Netflix announced its agreement to lease the space yesterday (11.25). 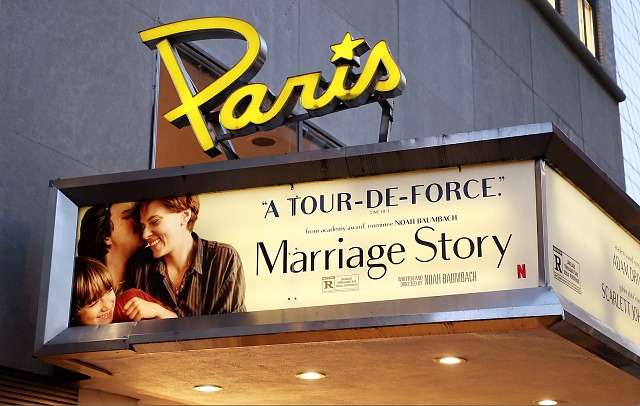 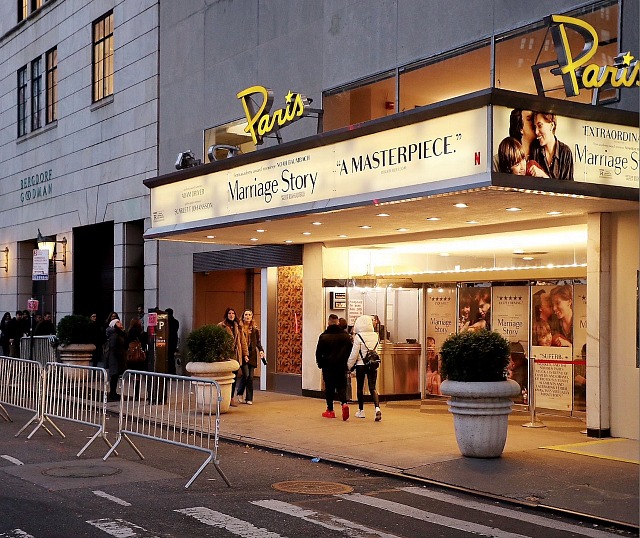 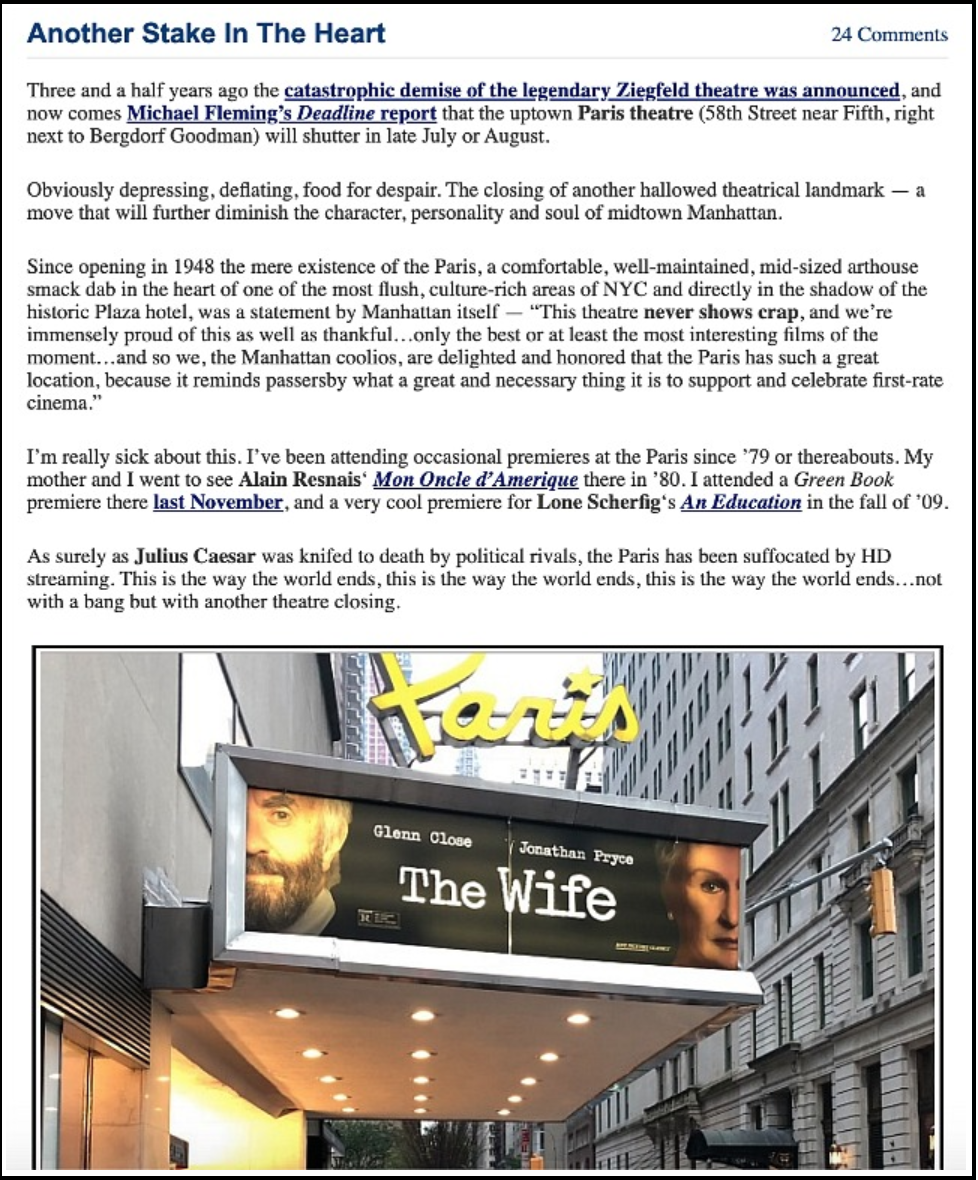