Francis Coppola‘s The Cotton Club Encore is a longer (139 minute), blacker, dancier and allegedly better version of his 1984 original, which had a difficult production history, and for all the trouble wound up losing money and getting ho-hummed by critics. Coppola assembled the Encore version on his own dime ($500K) and premiered it at the Telluride Film Festival two-plus years ago.

Have I seen Encore? Uhm, well…no. It played at West L.A.’s Landmark last month, but something always got in the way. (It was press-screened once by Lionsgate — Monday, October 7th at 11am — but I couldn’t get there.) My next shot is snagging the Bluray (out 12.10) or streaming it — I’ll probably choose the latter.

The Encore trailer looks, sounds and feels just right – there’s no denying that. 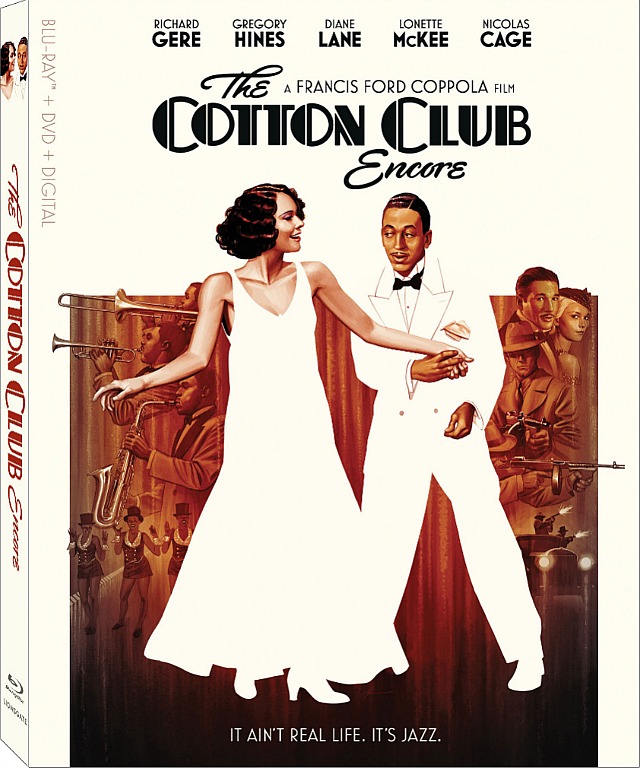 There’a also this assessment by Variety‘s Chris Willman on 9.7.17: “I saw it at Telluride, but, not having seen the original in 33 years, I can’t render too reliable an opinion of how much better it may or may not be. But my best hunch is that it really doesn’t play that differently.

“The one sequence I was waiting for, ‘Stormy Weather,’ is nice, but I can see why it was cut, as Lonette McKee has another solo number about 20 minutes later, or at least it feels that soon, and you’re left sort of wondering why she gets two such similar numbers in such close proximity that, while both really impressive, do nothing to advance the plot. I believe it when they say there is more of the ‘black’ story, but that turns out not to be a solution, because the African American actors aren’t given any particularly interesting plot lines in either cut.

“The white story has murderous thugs, and while it’s nice and even progressive that crime doesn’t figure so much into the black story, it’s hard to care much more about whether the Nicholas brothers will shake hands and make up than it is about whether Richard Gere and Diane Lane will be a couple. The music and choreography look/sound great, as they always did.

“Basically, the movie comes to life any time there is murder or tap dancing. I guess I want to see the version that consists of nothing but musical numbers and blood, which would be about 30 to 40 minutes.”