Hollywood Elsewhere is not, shall we say, the biggest fan of the Safdie brothers Uncut Gems, but I’m a rapt admirer of Adam Sandler‘s pinball-machine performance as an insane gambling junkie.

In a post titled “Sandler’s Finest Performance,” I wrote that “within the realm that the Safdies have created, he’s completely authentic. We all know what Sandler’s screen persona has been for the last 25 years — droll, laid-back, quippy, sarcastic smart-ass. Howard Ratner is different. Sandler has never given himself to a character like this before. I just want to make that clear. You could say that Sandler is better than the film. I completely respect what he’s done here.”

Right now we’re smack dab in the middle of ad-buying for award-season contenders, and A24, the distributor of Uncut Gems, is spending like everyone else. The other day I noticed a big front-and-back-cover Hollywood Reporter supplement praising Sandler’s performance. Are you listening, Hollywood rank-and-filers? A24 wants you to hear their plea.

Speaking as the Charley Varrick of conversation stirrers (along with Awards Daily‘s Sasha Stone), I would be delighted to run some A24 Sandler ads along with, say, a special two-day advertorial telling everyone how extra-wowser he is. I really would, and my aim is true. But A24 doesn’t want to know about Hollywood Elsewhere.

As we speak most of the big-time distributors are down with Phase One and Phase Two ads on HE (a tried-and-true reality since HE launched in August ’04), but not A24. They won’t even pick up the phone. They’ll spend God know knows how many thousands on this and that promotional venue or activity and God bless them and their strategies, but they don’t believe in award-season blogaroos. Their attitude is basically “thanks for pushing Sandler, bruh, but ad-wise we’re not into the Last of the Crop-Dusting Independents….no offense, love your stuff.”

“They just don’t advertise that way,” a producer confides. “[Display ads] are not in their quiver. It’s got nothing to do with you. It’s just not what they believe in.” 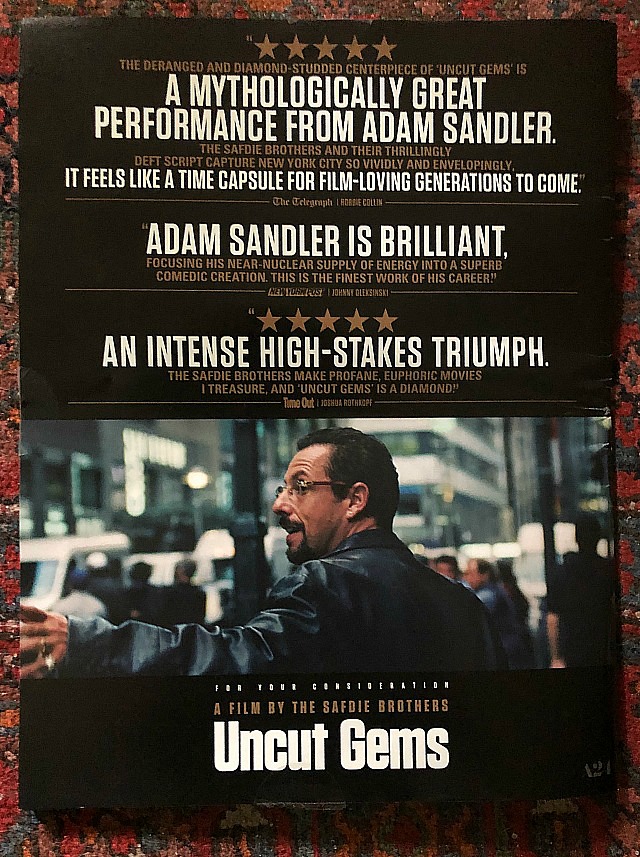 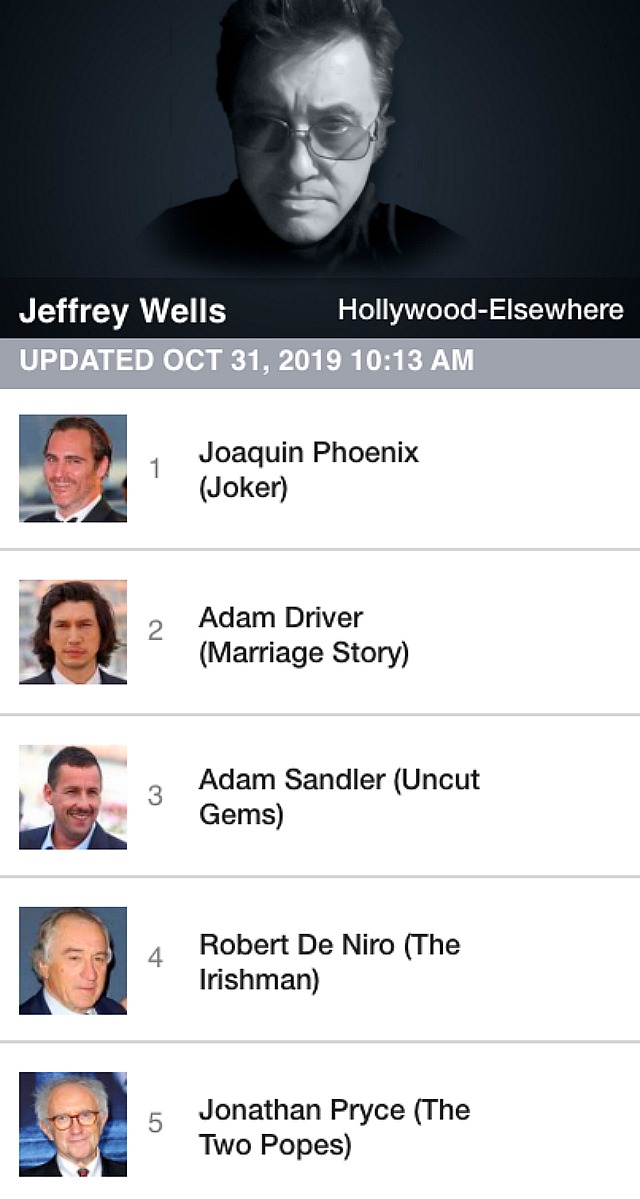