It looks as if Terrence Malick‘s A Hidden Life (Fox Searchlight, 12.13) is dead, dead, dead all over. I’m sorry that it doesn’t appear likely to hang on a bit longer, but I’m not surprised. Malick has been burning his once–loyal (or at the very least intrigued) audience for years. And yet attention ought to be paid. For the eye-bath cinematography if nothing else. A little award-season action would help, but nothing’s happening. Tough deal, cold cards. 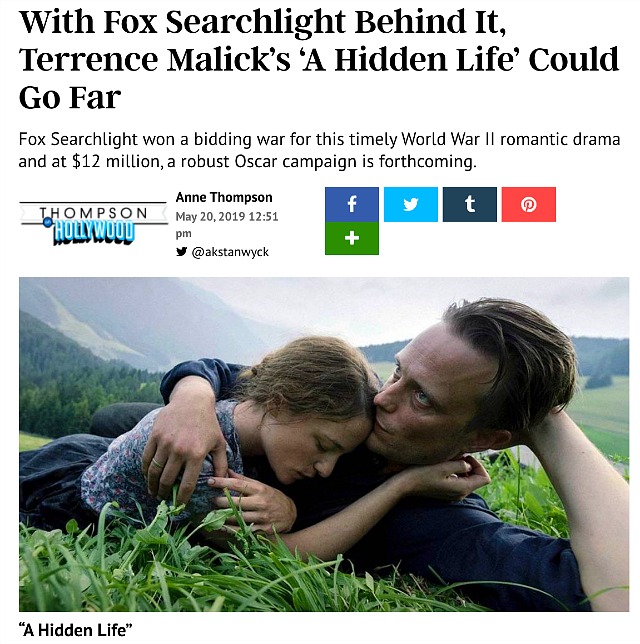 “The idea, then, was that A Hidden Life might represent a return to a kind of filmmaking that Malick hadn’t really embraced since these two films (respectively 14 and 20 years old), or perhaps even since Days of Heaven, which was shot 43 years ago and released in the fall of ’78.

“Because over the last decade (and I wish this were not so) Malick has made and released four story-less, mapped-out but improvised dandelion-fuzz movies — The Tree of Life (’10), To The Wonder (’12), Knight of Cups (’15) and Song to Song (’17).

“The fact that The Tree of Life was widely regarded as the first and best of Malick’s dandelion fuzzies (the principal traits being a meditative, interior-dreamscape current plus whispered narration, no “dialogue” to speak of and Emmanuel Lubezski cinematography that captures the wondrous natural beauty of God’s kingdom)…the fact that The Tree of Life was the finest of these doesn’t change what it basically is.

To Variety‘s Owen Gleiberman, the reason Clint Eastwood made Richard Jewell “couldn’t be more obvious: to demonize the same forces Donald Trump is now in the business of demonizing.

“Richard Jewell is a drama that piggybacks on Trump’s demagoguery. The movie says that the mainstream media can’t be trusted, and that even the government’s top law enforcement agency will railroad you. And Jewell himself is the pudgy-soul-of-the-heartland, ordinary American white-guy yokel who gets used and abused by these corrupt institutions, with no one to look out for him.

“The movie treats him as a symbolic Trump supporter. Yet Eastwood, pretending to be a crusader for justice, would never come close to applying the same standard of truth and honor to the institutions that defend Donald Trump.

“The chief lesson of the Jewell saga should be that rumor, innuendo, and accusation without evidence are egregious — and that what matters, more than anything, is the truth.

Gleiberman wonders “how does [Eastwood] feel about Trump’s daily distortions of the truth? Trump’s lies about his own misbehavior? The baseless accusations he hurls at others? Should the Atlanta Journal-Constitution be vilified for its honest mistakes in judgment during the Jewell case, and Trump — or his chief propaganda organ, Fox News — be given a free ride? Why isn’t noble, straight-as-an-oak-tree Clint Eastwood making a movie about that?” 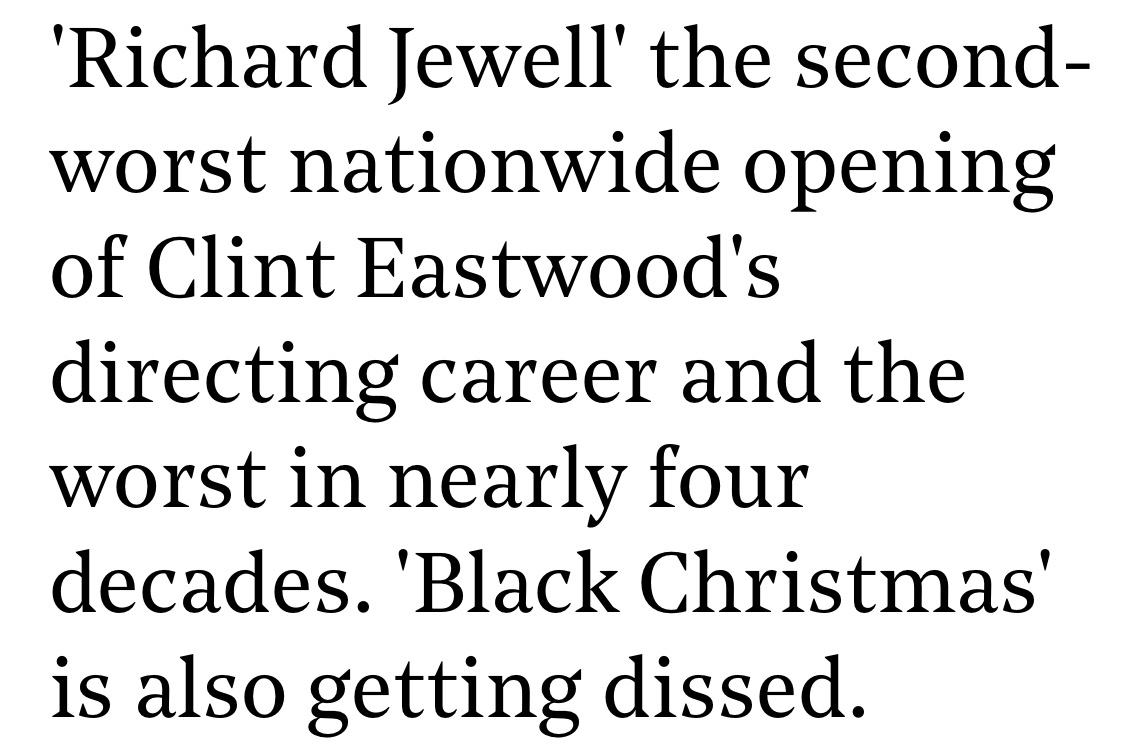 Hollywood Elsewhere returned to Mexico today, specifically to the Baja Oral Center in Tijuana. My first-rate dentist, Dr. Luis Garcia, gave me a great-looking crown. (BTW he likes The Irishman and Parasite, hasn’t seen Dolor y Gloria, and was a tiny bit meh on Once Upon A Time in Hollywood.) West Hollywood to TJ took a bit more than three hours; Mexican authorities just wave you through sans passport. Although my appointment was at 12 noon, I arrived at 11:20 am. I then faced a grueling four-hour drive back (1 to 5 pm). If I’d caught the southbound Amtrak Surfliner at Union Station I could’ve gotten some work done.

What happened to Diane‘s Mary Kay Place, fellas? A film shot in your own backyard and you forgot?

They’ve also declared in their ten best of 2019 list that Uncut Gems is a better or at least more noteworthy film than The Irishman…ludicrous. The BOFCA gang is just looking for attention.

HE to BOFCA: Show some Parasite restraint, fellas. Did you happen to see Les Miserables, by any chance? A more resonant, more sanely plotted foreign-language film than Parasite, in case you’re wondering. But of course you’re not.

The beast-destroyer who will protect all bumblefucks and erase all libtards. Team Trump’s message isn’t unambiguously perverse as much as…surreal? They’ve taken the message well beyond the realm of that legendary wolf-and-sheep New Yorker cartoon. 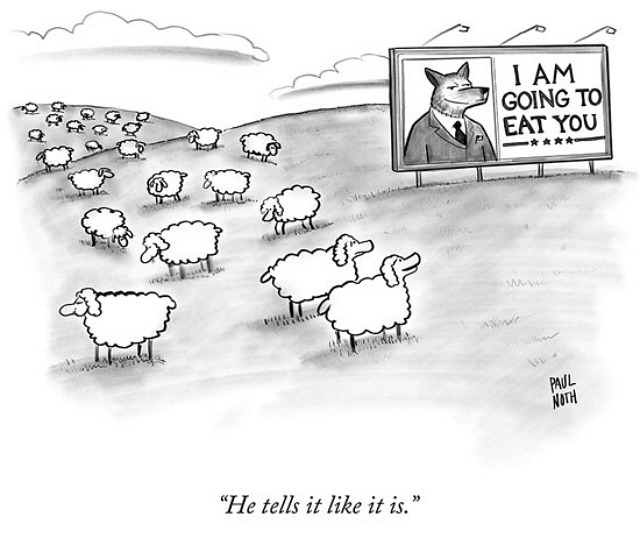