Voting among members of the Los Angeles Film Critics Association, arguably the flakiest and most whimsically oddball major critics group in the country, is expected to begin at 10 ayem. Or somewhere in that vicinity. HE readers know the LAFCA drill. They’ll vote on five or six categories in the late morning, and then take a 45-minute brunch break, and then return to vote on the last four or five or whatever, including the Best Picture prize.

Posted on 12.9.18: The year-end awards decided by the Los Angeles Film Critics Association are almost always outside the box. When they champion a film or a performance that I happen to share admiration for, I go ‘yay.’ But more often my reaction to their left-field picks is (a) ‘huh, really?…okay” or (b) ‘what the fuck?’ I will therefore signal my reactions today with either (Yay), (HRO) or (WTF).” Same deal today. Naturally I’m hoping for at least a few yays, but you know LAFCA.

I’m not saying LAFCA isn’t dedicated to celebrating quality (I was elated when they gave last year’s Best Actor award to First Reformed‘s Ethan Hawke), but they have to do that LAFCA thing, that “hey, look at us, we’re nervy and different” between bites of bagels and lox and cream cheese and small chunks of fruit. Deciding to award some kind of arbitrary, socially progressive notion or belief scheme of the moment, I mean. A choice that will feel like the right kind of politically correct fulfillment or projection — a choice that will point the way and incidentally defy the Gold Derby-ites. 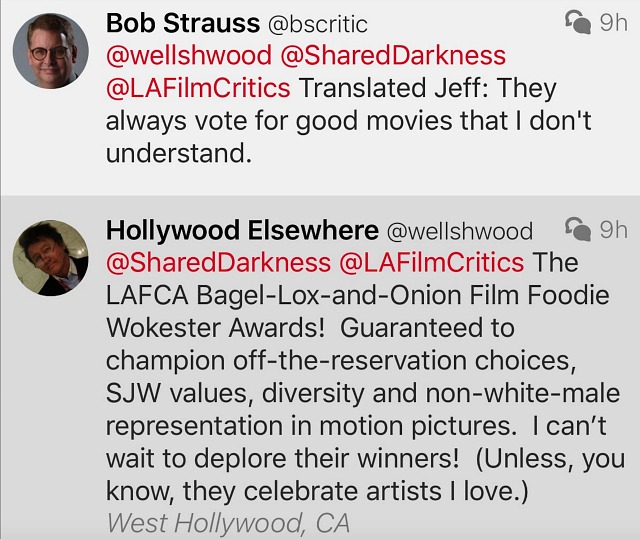 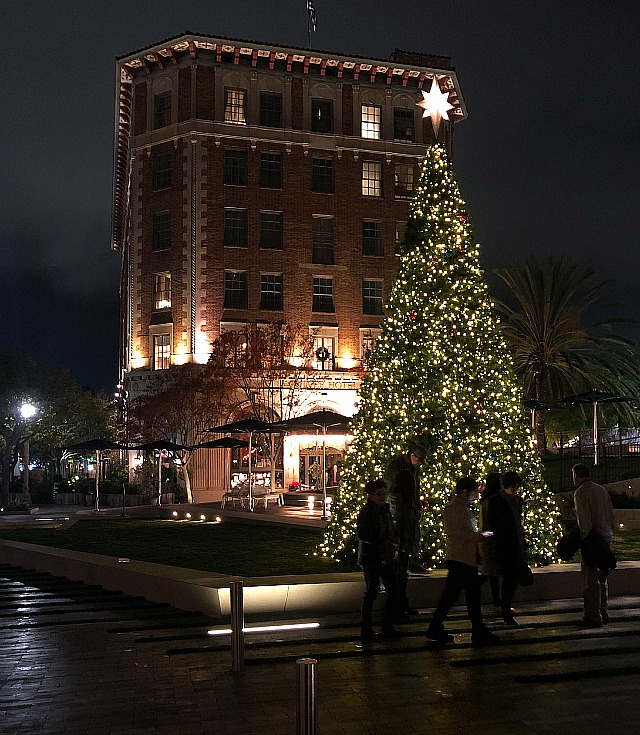 December 8, 2019by Jeffrey Wells5 Comments
« Previous post
LAFCA Tends To Business
Next post »
“What Do You Want?”