There’s no disputing that this Vogue cover shot of Greta Gerwig and her son Harold, shot by Annie Leibovitz, is kind of ravishing, and that her moss green, semi-transparent Valentino dress is quite the visual component, blending perfectly with the grass and soil and all. Whoever chose the dress did the right thing.

I guess the only question I have is what exactly makes Greta a Hollywood “heroine”? A standard definition says that she’s “a woman admired or idealized for her courage, outstanding achievements, or noble qualities.” Well, she’s co-written some fine films with partner Noah Baumbach, directed one very good film (Lady Bird) as well as a follow-up that’s seriously loved in certain many quarters of the industry (Little Women), and she’s arguably the leading 30something woman director right now, and that ain’t hay. I’m just not certain that “heroine”…well, I don’t want to argue.

Just to put things on a fair and equal basis, which male director right now could fairly be described as being on Gerwig’s level — i.e., heroic? 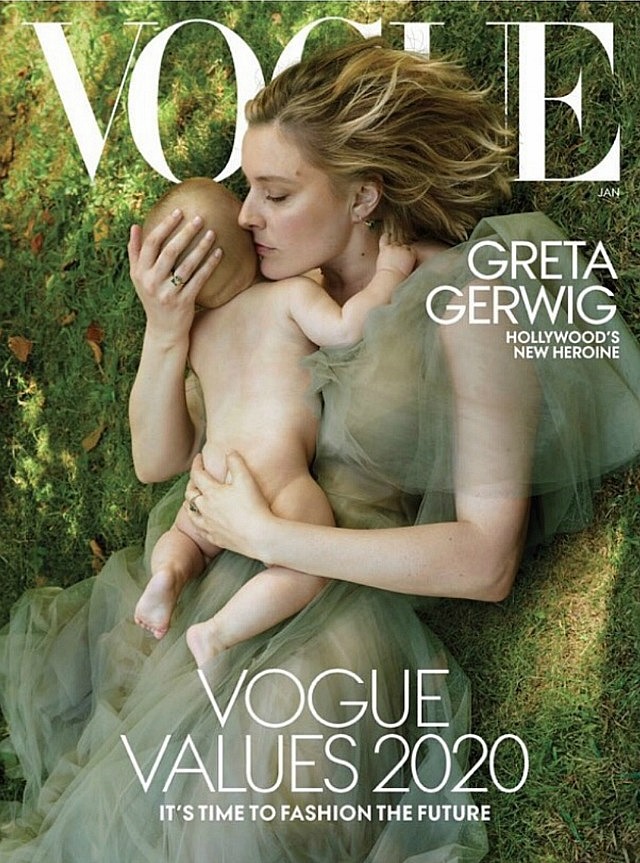 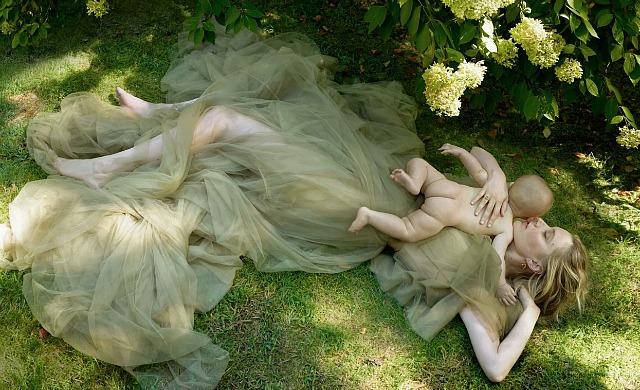