Industry pally to HE: “When is HE going to post a think-piece about Kumail Nanjiani‘s much-buzzed-about body transformation for Marvel’s Eternals? As the literal geiger counter of Hollywood’s weight gain/loss neuroses, I feel you have a moral obligation to weigh in here. I myself scarcely know what to think about these things until I know where HE stands.”

HE to industry pally: “HE is more than impressed by Kumail’s transformation. I’m actually finding this photo a little scary. I mean, you could almost cast him as some kind of fierce-as-fuck guy in a mercenary film. The last time I spoke with Kumail he looked like his usual self. When and if he does stand-up at the Comedy Store will people be able to laugh? There’s something deeply unfunny about those pecs. Nonetheless, HE approves.”

Nanjiani: “I never thought I’d be one of those people who would post a thirsty shirtless photo, but I’ve worked way too hard for way too long.” 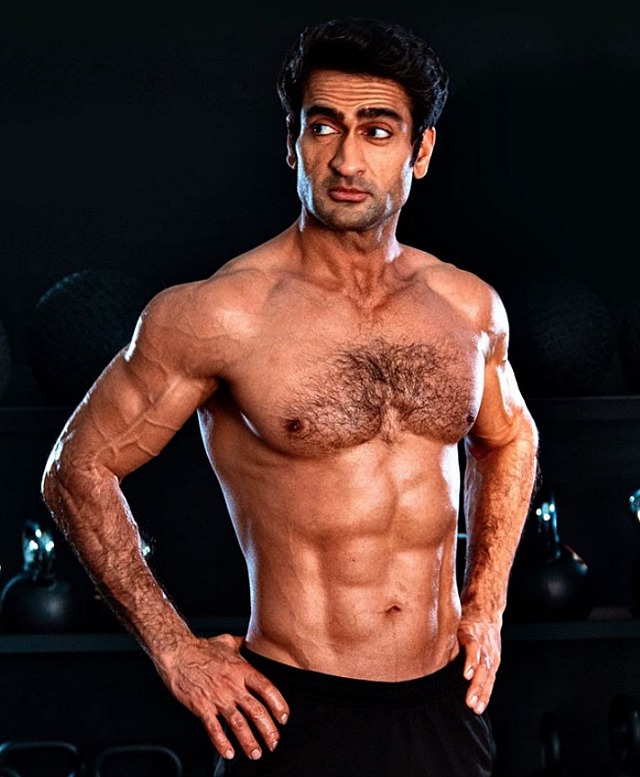