Through some magical process that I’d rather not disclose, I’ve managed to watch the first 30 to 40 minutes of Woody Allen‘s A Rainy Day in New York — a film that will never play theatrically or even stream in this country because of something I’m tired of explaining or even referencing.

It’s obviously a witty, smoothly assembled, handsomely captured and perfectly harmless relationship comedy. It unfolds in a realm that typical 20somethings would never recognize in the world of 2019, and yet it’s mildly clever and easy to watch and go along with. I’m.sorry but I don’t see the problem. I was amused at times and actually laughed out loud twice, and that means something from a half-sourpuss, half-LQTM type like myself.

A Rainy Day in Manhattan feels like some kind of self-satirizing spoof — a “sophisticated”, old-fashioned, Allen-esque satire that could have been made 30 or 40 years ago, and in fact seems to be happening in some kind of weird time vacuum but so what?

Some critics have said it doesn’t work because it’s all taking place in Woody World (i.e., bucks-up Manhattan and the same kind of tony locales that Allen has used since the days of Annie Hall and Manhattan) and that the younger lead actors (Timothee Chalamet, Elle Fanning, Selena Gomez) clearly don’t belong in it — they would never talk like naive young snobs or make witty Allen-esque cracks about this or that.

But it’s amusing in a kind of goofball way because they’re all pretending that Woody World is an actual place and so they’re all playing a kind of dress-up and just cruising through and acting nonchalant, like it’s all a masquerade and they’re chuckling as they go through the notions.

And I really like the way Chalamet handles himself in this milieu. He’ll probably never ever behave this way in another movie ever again, and it’s fascinating to watch him pretend to be an Allen kind of guy (flush, entitled, smart-assy, tweed jackets) with casual confidence and just submitting to the unreality of it all.

And at the same time the movie is fine as a whole (or at least it seems to be at the 35-minute mark) — it shuffles along and seems to enjoy itself with an occasional wink at the camera. It doesn’t offend because it’s just gliding along…who cares? You’d have to be a real asshole to pan this without mercy. You’d have to have a fairly thick broomstick up your ass to begin with. 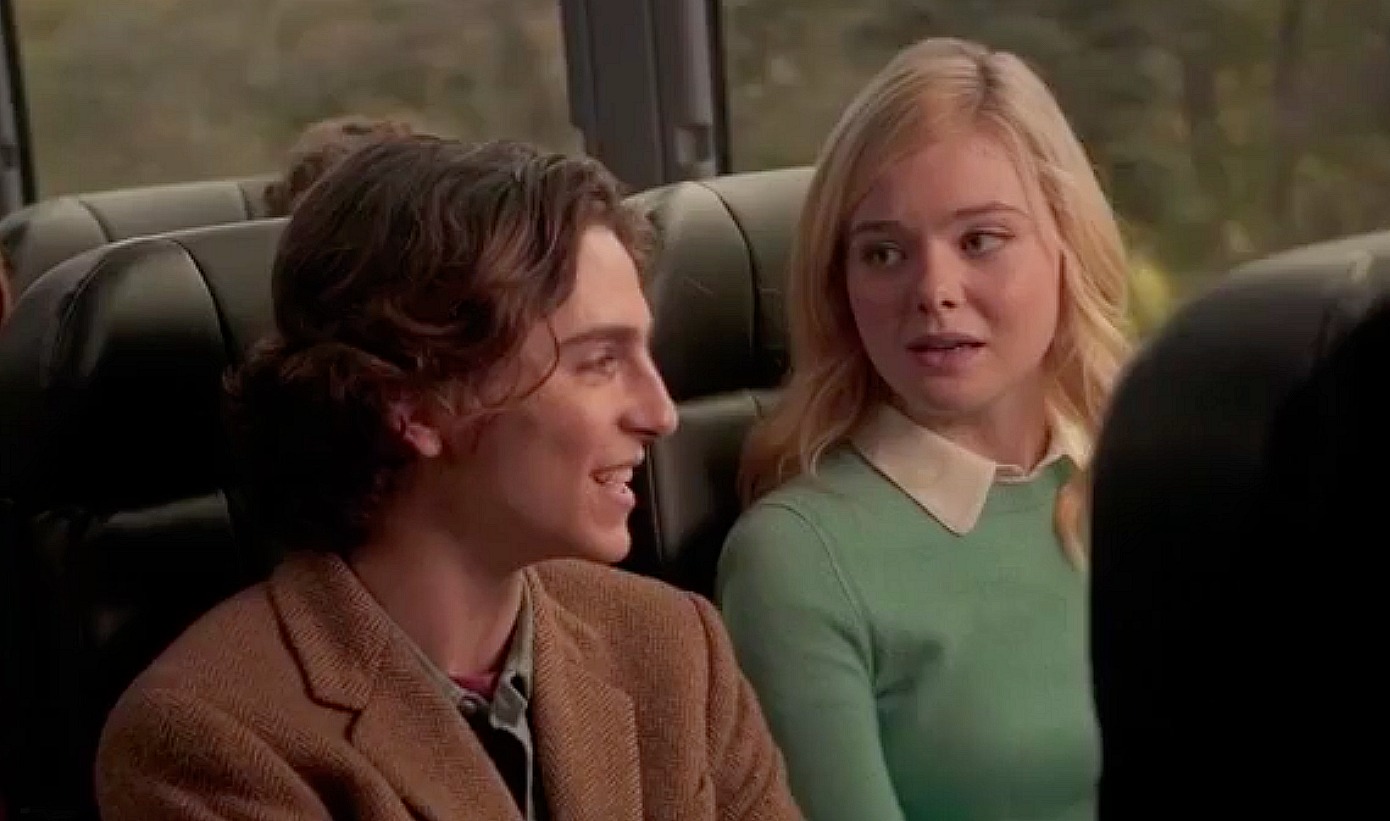 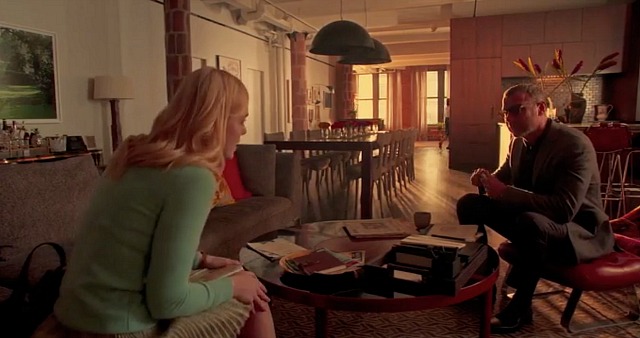 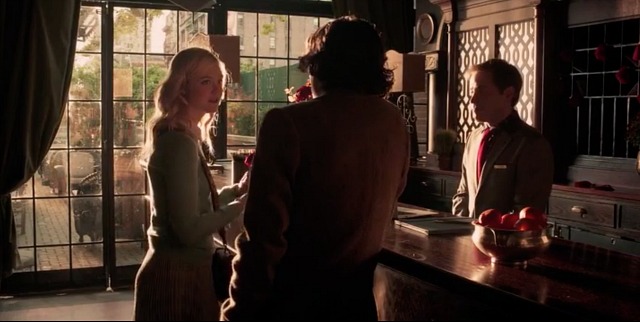 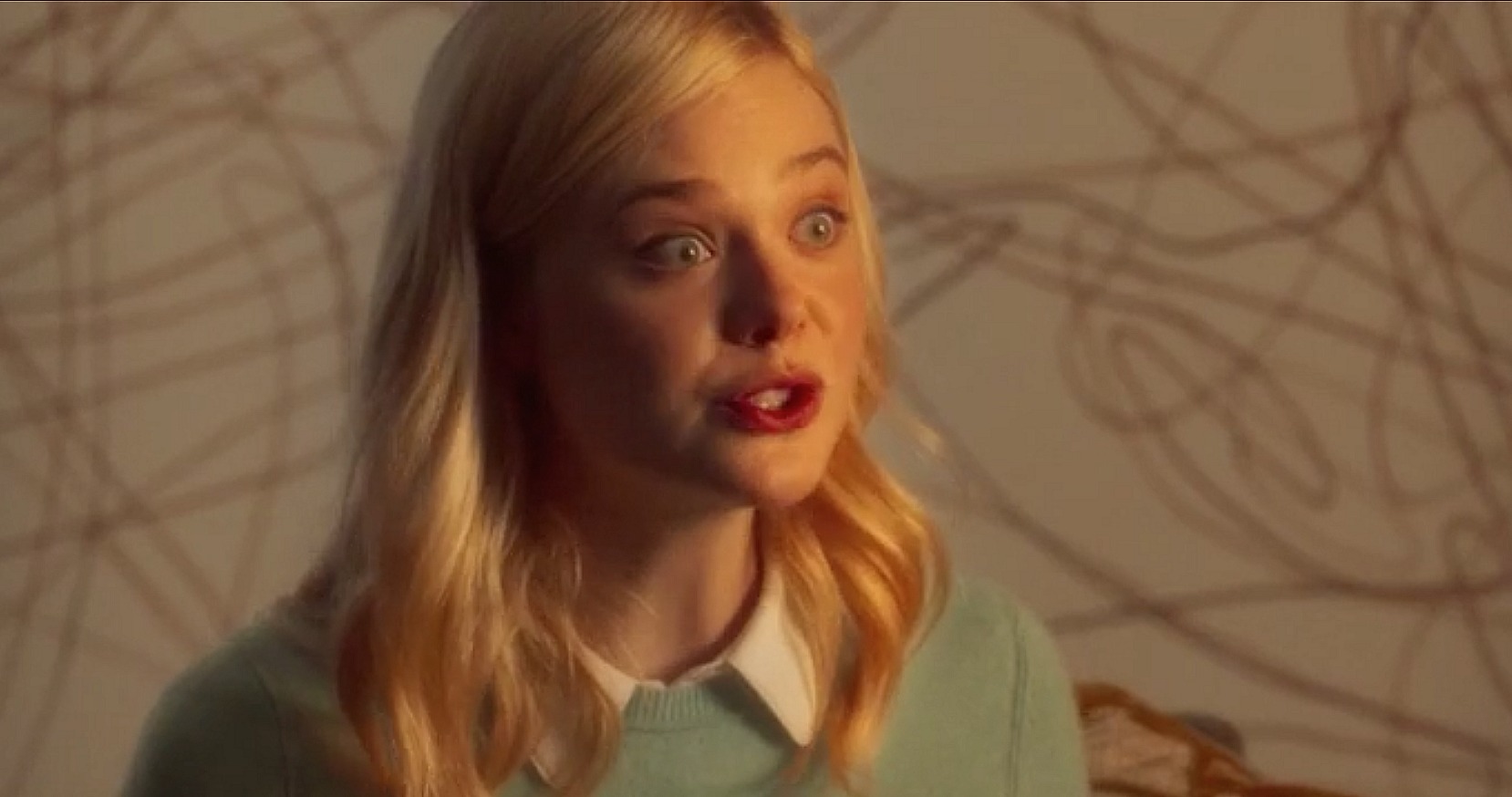