Rian Johnson Just Fell Out Of His Chair

The Philadelphia Film Critics Circle today handed Rian Johnson‘s Knives Out their Best Film award. I’m presuming that when Johnson heard the news he called the PFCC president and demanded a recount. All I can figure is that the Philly crix couldn’t decide on a Best Pic winner and so somebody finally said “fuck it, let’s give it to Johnson’s unpretentious, expertly written Agatha Christie throwaway flick,” and a majority shrugged and said “okay, whatever.”

Don’t misunderstand — I really like Knives Out (I’ve seen it twice), but it’s not a Best Picture-type deal. It’s a well-acted, super-witty popcorn diversion. 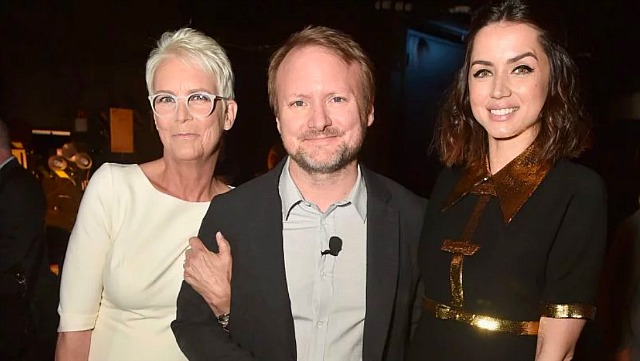 The other Philly eyebrow-raiser was giving their Best Supporting Actress award to Little Women‘s Florence Pugh. Nobody is thinking along these lines out here, I can tell you. For most of the film her Amy character behaves like a resentful, arch-backed little beeyotch. All she seems to do is taunt Saoirse Ronan‘s Jo. She even burns Jo’s manuscript at one point.