How could a Star Wars devotee — someone who identifies with the rebels and despises the empire — be a Trump supporter? How could anyone imagine that Trump, a thick-fingered vulgarian full of arrogant swagger, be analogized by Stars Wars fans as anything other than a Darth baddie?

And yet there seems to be a fair number of Trump supporters who believe in The Force, and have lately taken offense at Daisy Ridley for saying that “everyone has an issue with Trump — every sane person anyway.” 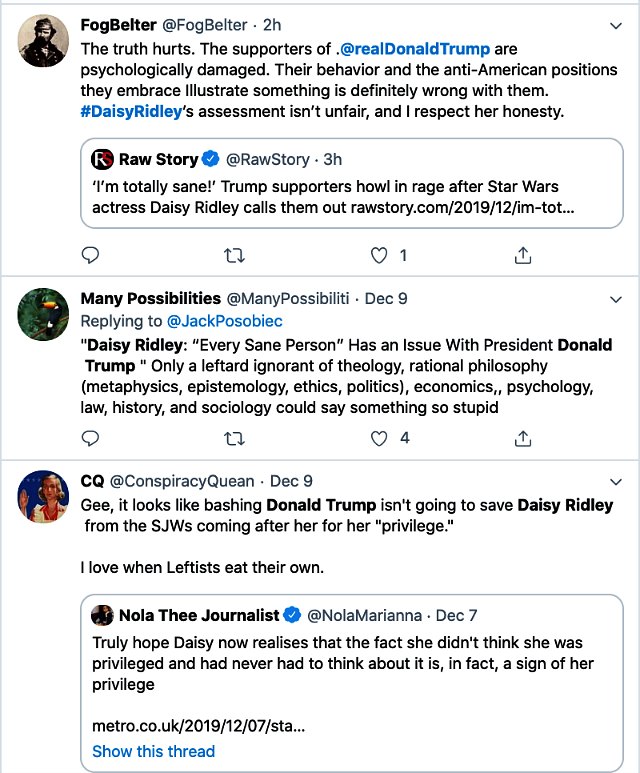 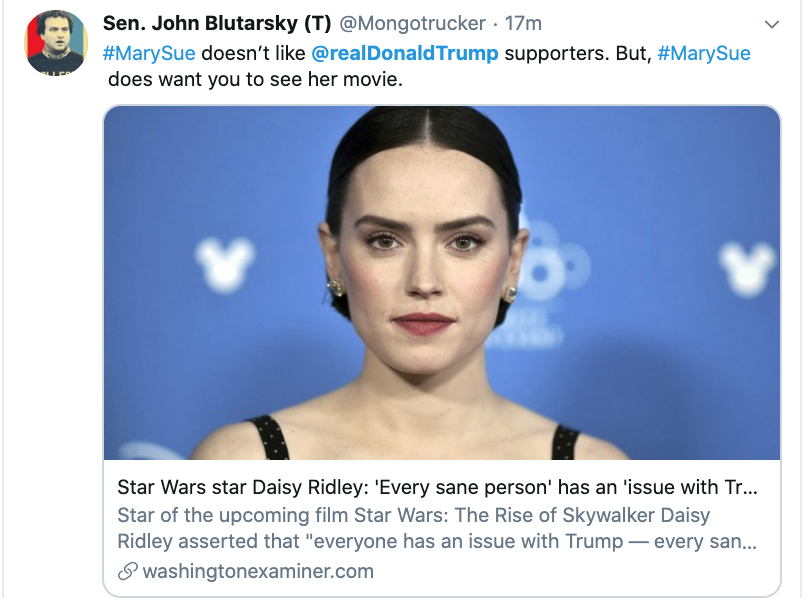 The Guardian‘s Nosheen Iqbal to Ridley (aka “Rey”) in a 12.7 interview: “Given that Disney owns Star Wars, are you conscious of what issues you can talk about publicly? Do you have to modify, say, your politics?”