Tail Riders in the Sky

What I’m absorbing from this new Maverick: Top Gun teaser is Tom Cruise‘s Maverick doing loop-dee-loops in the manner of Han Solo flying the Millennium Falcon…a lot of wild-ass, bordering-on-reckless stuff. Plus the usual testosterone shenanigans, some of which alarms Jon Hamm‘s three-star admiral. Plus confirmation that Jennifer Connelly‘s “single mother running a bar near the Naval base” is in fact an age-appropriate romantic partner for Maverick. And yaddah yaddah.

There’s a brief shot of a flag-draped coffin so who buys it? My money’s on either Miles Teller‘s “Rooster” Bradshaw or Monica Barbaro‘s “Phoenix”.

Boilerplate: “When Maverick finds himself training a detachment of Top Gun graduates for a specialized mission, he encounters the chip-off-the-old-block son of Maverick’s late friend ‘Goose’ Bradshaw. Facing an uncertain future and confronting the ghosts of his past, Maverick is drawn into a confrontation with his own deepest fears, culminating in a mission that demands the ultimate sacrifice from those who will fly it.”

Posted on 7.18.19: “San Diego-based fighter pilots!….the aura of studly military rock stars, coping with buried anger and the burden of expectations, brusque and strapping and throwing their heads back in laughter while playing piano in a honky tonk.

“And the women who both love and compete with them. With the big climactic test of skill and character looming. And so on.

“I haven’t read the script (co-authored by Peter Craig, Justin Marks, Christopher McQuarrie and Eric Warren Singer) but I want a scene in which Cruise tells Connelly that Kelly McGillis‘ Charlie Blackwood left him for another woman, and then (beat, beat) Connelly tells Cruise, ‘Yeah, I know…it was me.’ Or: ‘I’m sorry, that’s tough. (beat) She left me too.’ 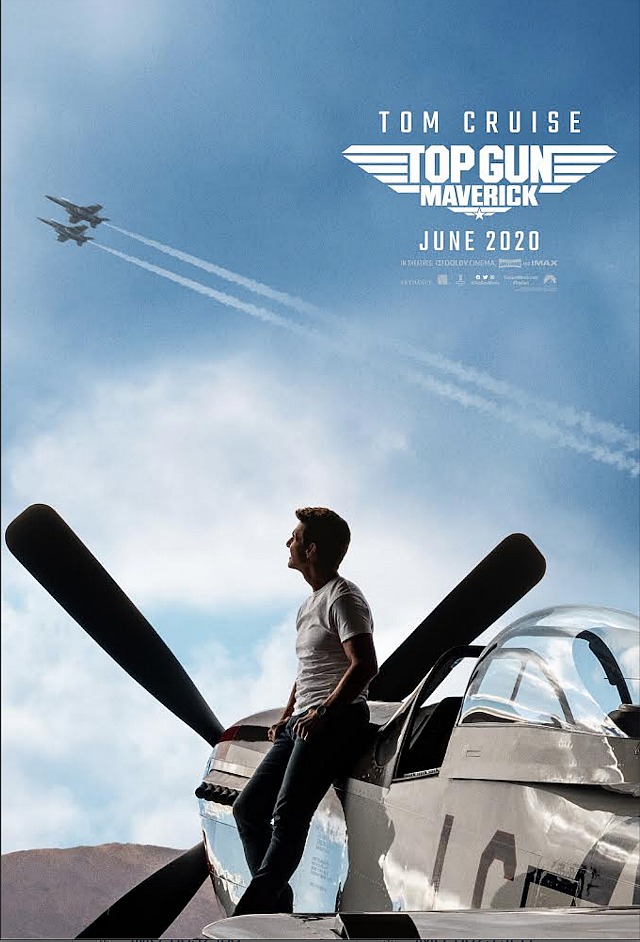