So reads an excerpt from a 12.11 Intelligencer piece by Eric Levitz, titled “If Biden Is Too Old to Serve Two Terms, He Shouldn’t Serve One.” It was prompted by a just-posted Politico report that the 77-year-old Democratic front-runner “has reportedly informed his closest advisers that if he is elected in 2020, he will not seek reelection in 2024.”

Given that “Uncle Joe won’t linger too long after solving the White House’s pest problem,” Levitz reasons, “[why not] let him put up his feet and catch his breath for four years? And then he’ll be out of your hair, and your favorite youngish Democrat will have his or her run of a de-Trumpified Oval Office.” 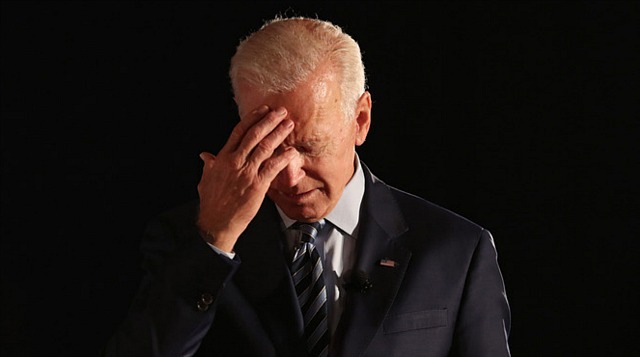 This is basically what Biden supporters have in mind. Just put Joe in so we can get Trump out — period. That’s all they’re really saying.

Joe in the White House will allow everyone to simmer down and collect themselves in a reasonable way. President Joe will try to restore a mild-mannered Obama atmosphere of yore, and thereby allow Americans to try and heal some of the damage caused by The Beast. And then some moderately liberal Democratic heir (Mayor Pete?) will start running for President in ’23 or perhaps earlier.

Levitz retort #1: “In the immediate term, leaking word that you expect to be unable or unwilling to fulfill the duties of the presidency in five years raises the question of how you can be sure you’ll be up to the job in four [years]?

“Which is to say, by letting his plans slip to Politico, Biden’s campaign has accentuated the candidate’s core weakness: that he is 77, but doesn’t sound a day over 86.”

Levitz retort #q: “If Biden wins the nomination, he will have to combat the perception that his age has rendered him unfit (or, in our spritely 73-year-old president’s phrasing, too ‘sleepy’) for the presidency. That’s going to be harder to do when you’ve already signaled that you’re so concerned about your own stamina, you’ve resigned yourself to being a lame–duck president from the day you take office.”

But Joe is locked in regardless, and we all know why. Because the African American community is squarely behind him. Because he served as Obama’s vp. Brilliant!