Wilde Steps Away From “Jewell” Implication

Richard Jewell costar Olivia Wilde hasn’t exactly thrown director Clint Eastwood and screenwriter Billy Ray under the bus for having controversially suggested that Atlanta Journal Constitution reporter Kathy Scruggs exchanged sex for information from an FBI agent. But in a series of tweets she has certainly distanced herself from Eastwood and Ray, basically saying “hey, don’t look at me…I’m just an actor who’s paid to perform lines.”

Wilde tweet: “I cannot speak for the creative decisions made by the filmmakers, as I did not have a say in how the film was ultimately crafted, but it’s important to me that I share my personal take on the matter.”

Variety‘s Pat Saperstein has written that in Richard Jewell, Wilde/Scruggs “is shown sleeping with an FBI agent [played by Jon Hamm], who later gives her information that security guard Richard Jewell a suspect in the bombing at the Summer Olympics.” My recollection is that sex between Wilde/Scruggs and Hamm’s FBI agent is implied but not shown. Wilde says to Hamm “wanna get a room or do you want to go to my car?” or words to that effect. 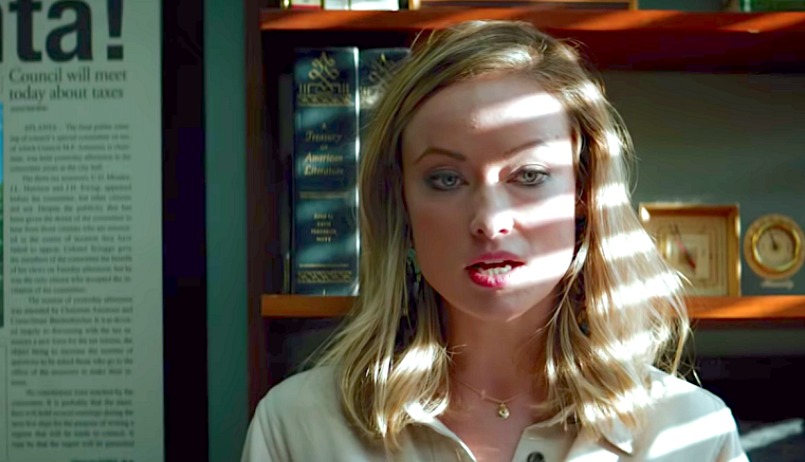 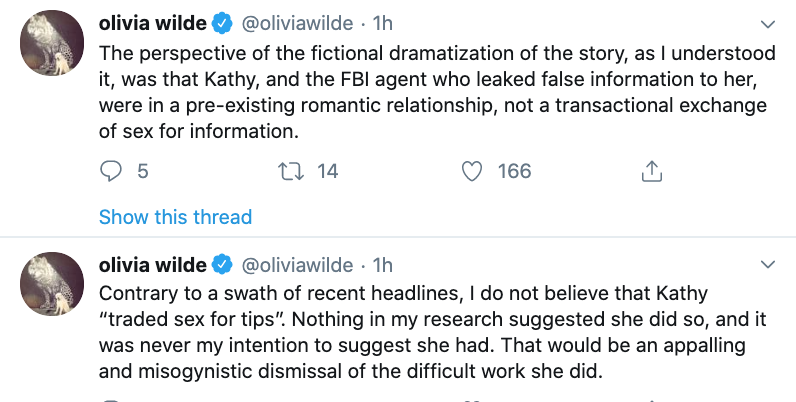 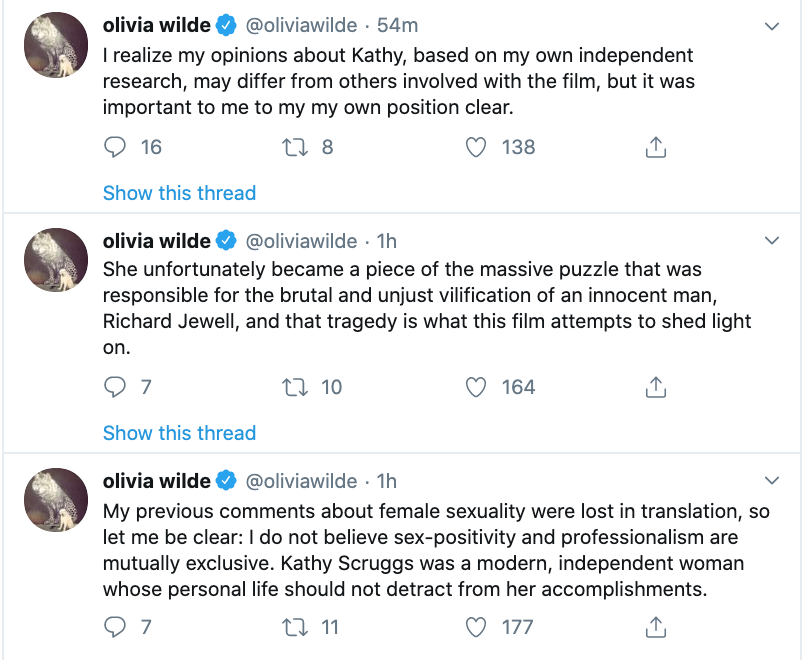