“The only reason I had any success was because of you. And I was grateful for that at that time.” — the late Sue Lyon to Stanley Kubrick, written and presumably sent sometime around ’95.

Saying that she was grateful for her limited success as an actress “at that time” (i.e., the ’60s and ’70s) indicates that perhaps she wasn’t so grateful for this chapter as she got older. Maybe. And why would it be so difficult to locate Kubrick’s mailing address, what with their history and all? Her former agent or agency couldn’t help? She couldn’t reach out to Kubrick’s producing partner James B. Harris (who’s still with us)?

Friends of Richard Rudman, to whom Lyon was married in the mid ’90s and apparently had ties with her at the time of her passing, expressed condolences on Facebook. Lyon was married five times, which suggests she wasn’t exactly a day at the beach. Rudman wrote a day or two ago that “she’s in a better place now, finally at peace and rest…” The suggestion is that things were rather difficult for Lyon toward the end, possibly due to poor health. 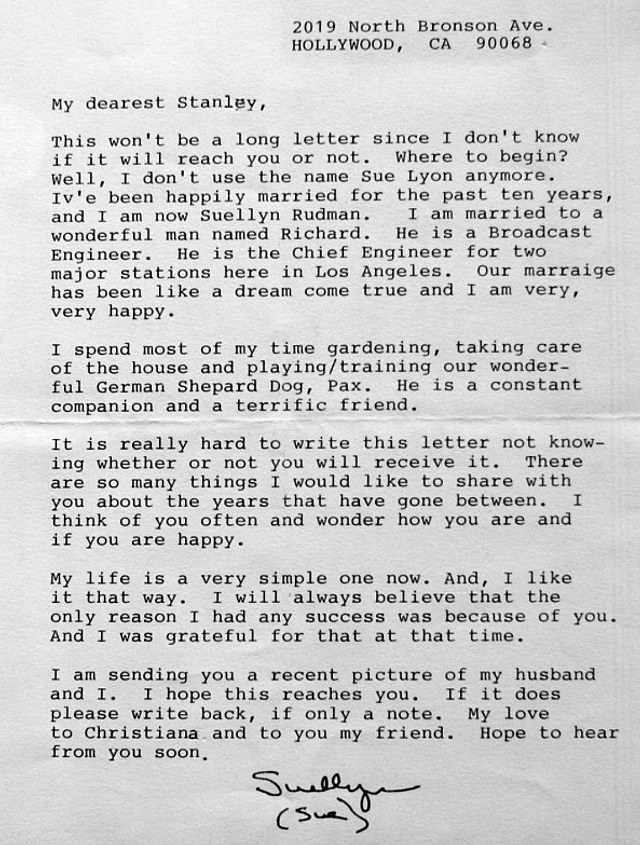 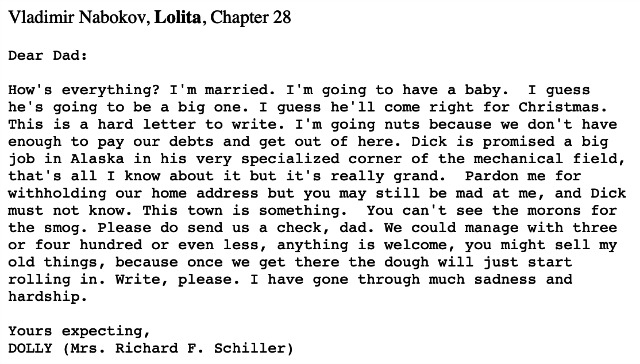