Last night’s surprise awarding of two Golden Globes to 1917 — Best Motion Picture, Drama, and Best Director (Sam Mendes) — were not undeserved. Okay, amply deserved. 1917 is a knockout technical achievement that also delivers emotionally. The morning-after impression everyone seems to have is that this World War I epic (which Chicago Tribune critic Michael Phillips is calling “Ready Player World War I”) is now a serious Best Picture contender.

And yet we all understand, of course, that what happened last night was as much of an anti-Netflix thing as anything else. In other words, the Hollywood Foreign Press Association decided to once again express a familiar lament — i.e., how dare Netflix and other streaming companies conspire to destroy theatres by using omnipresent high-speed internet to deliver movies to customers?

Remember also that exhibitors were unrealistic and mule-stubborn in their pre-release dealings with Netflix over The Irishman, insisting on a 90-day theatrical window when everyone knows that 97% of movies are done in theatres after six weeks or 42 days. What would you have done if you were Netflix? Waited 90 days (or until sometime in mid January) to stream The Irishman? 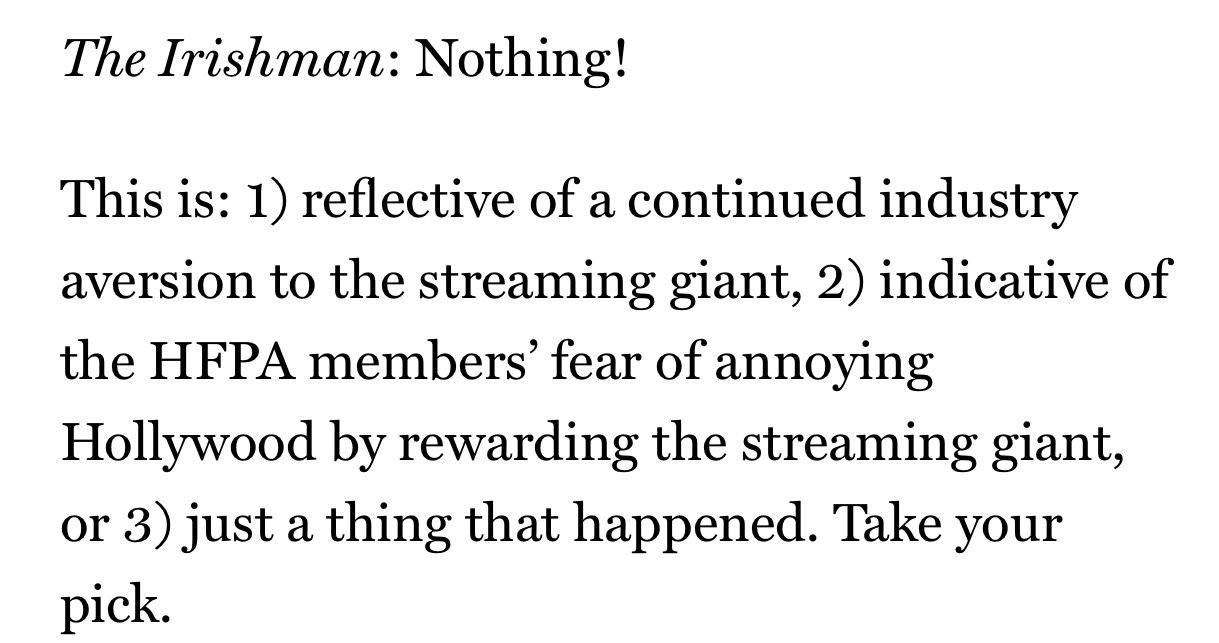