“Little Women has found an audience, and it’s selling tickets. But it breaks no sociopolitical ground, and men don’t like it.

“If it earns Oscar nominations, how are the filmmakers to know that they are the result of the movie’s excellence, not of the campaign conducted by angry white women in the prestige newspapers? Perhaps the film may suffer the lowest fate of all in the outrage economy: to be understood, principally, as a work of art.” — from “Little Women’s Real Feminist Problem” by The Atlantic‘s Caitlin Flanagan.

If you have any sporting blood in you, you have to acknowledge that the pushback campaign — “What to do about the guys who don’t want to see Little Women?” — seems to have been tactically effective, and that Greta Gerwig‘s film may end up with a Best Picture nomination after all. Who knows? Not because the film necessarily deserves it, but because enough Academy members have been agitated or guilt-tripped into voting for Little Women. 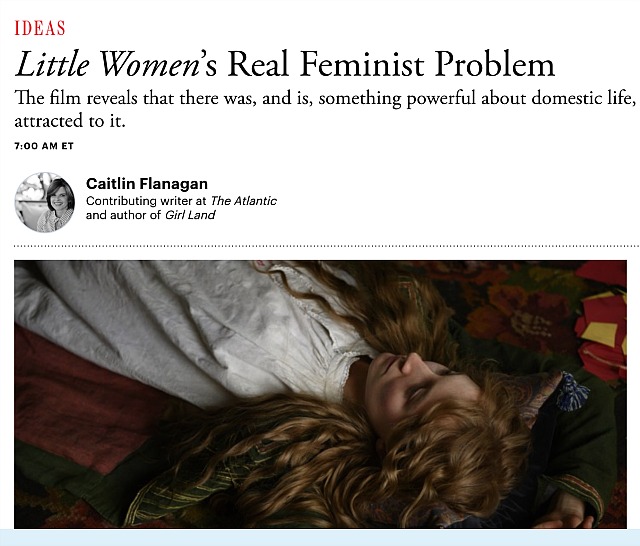