I’d vote for either Elizabeth Warren or Amy Klobuchar against Trump in the general. Along with Bernie or Pete or Typewriter Joe. Any of them would be a huge improvement. But where’s the polling data that says Warren or Klobuchar would be a formidable Trump opponents? This is my concern. 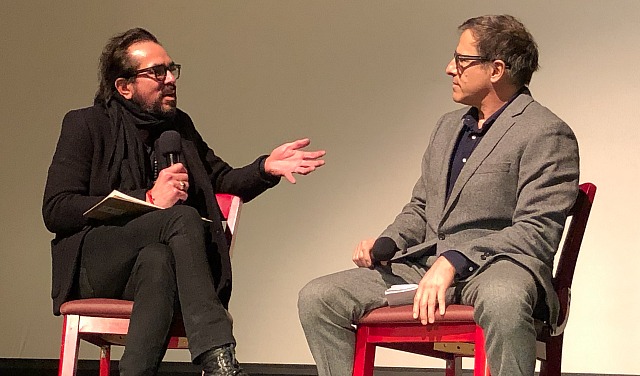 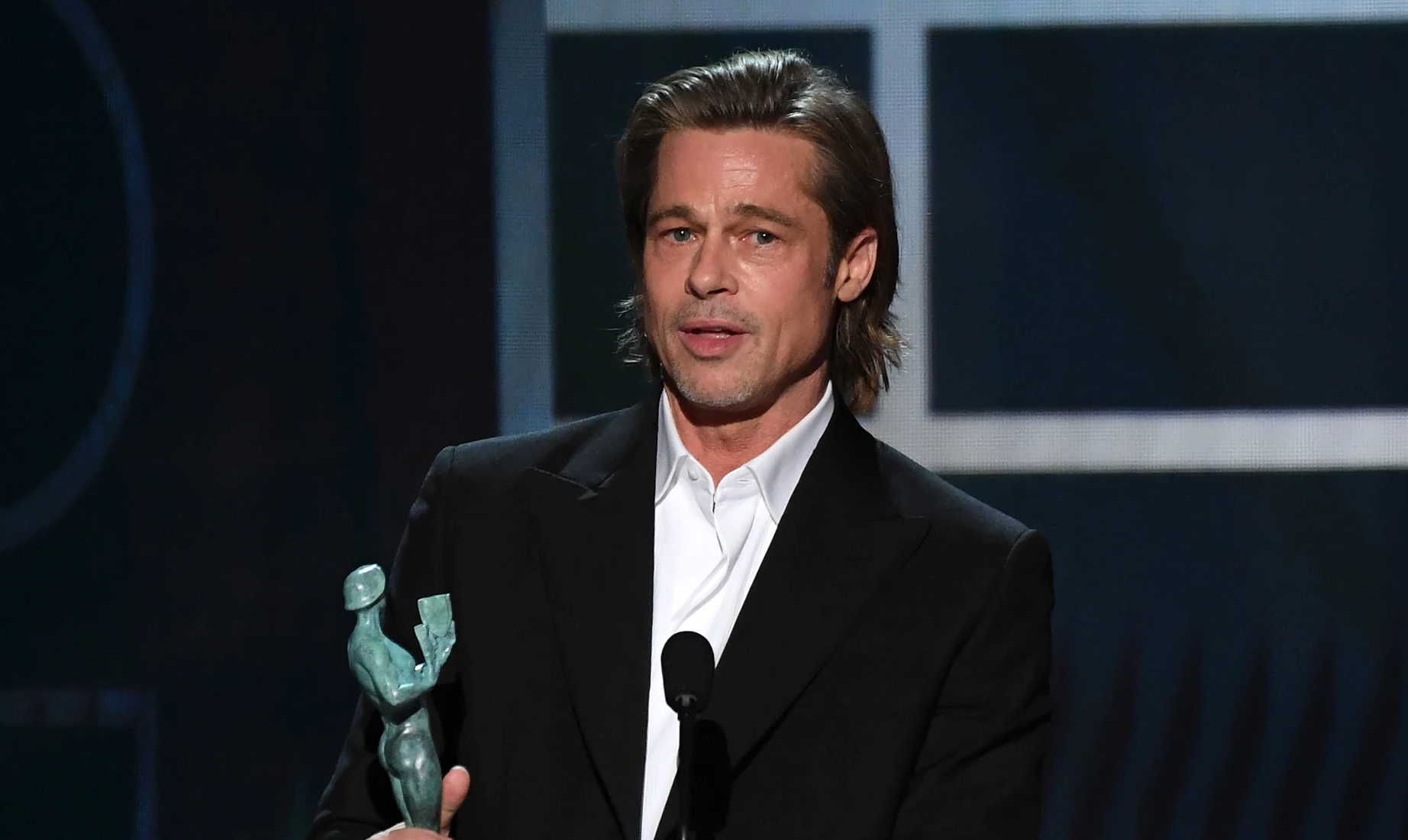 I really miss this kind of bucks-up, perfectly written, reality-based, exquisitely performed thriller. A little more than a quarter-century old. Not aimed at pot-bellied fantasy dweebs but 25-and-older types who’d been to college for a year or two and would actually pay to see movies like this.

Flush budget, finely polished, beautifully scored by the late James Horner. Written by John Milius, Donald E. Stewart and Steven Zaillian. As good as this sort of thing ever got.

This kind of big-studio product is dead and gone, of course. The corporations lost interest in films of this sort…what, 15 years ago? 20? Gone with the fucking wind.

I’ve watched Arthur Hiller and Paddy Chayefsky‘s The Hospital seven or eight times, but until this morning I’d never read portions of Chayefsky’s actual script. The pre-dialogue intro hums with sardonic perspective and architectural exactitude. In a word, brilliant.

I’m imagining what it must have been like to read it cold in ’70, before filming. This kind of writing has always been rare; it’s almost nonexistent today. 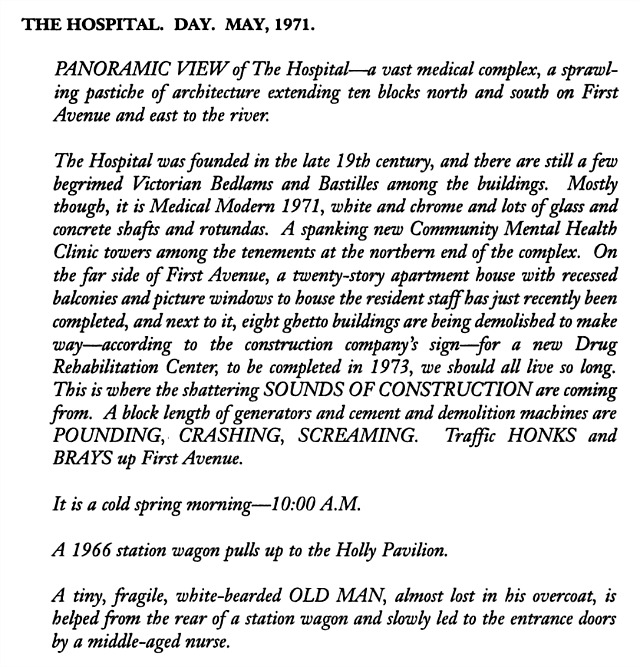 Scott Dworkin tweet — 1/16/20, 4:43 pm: “Lev Parnas said he was going to release videos and photos of him with Trump every time Trump says he doesn’t know him. Trump just [did that]. Lev followed through with a video of Trump introducing him to a Ukrainian businessman last December. Awesome.” 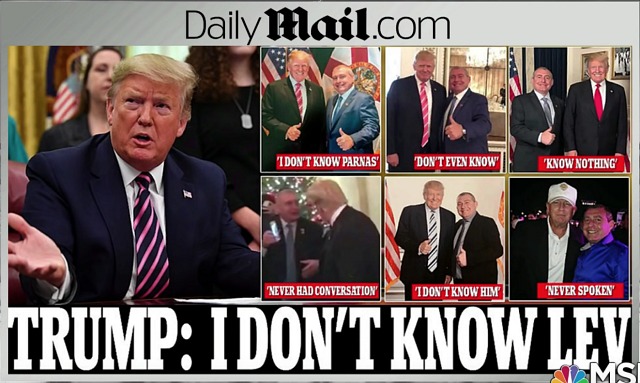 Last night’s Virtuoso panel was an all-Millennial affair — the oldest of the eight panelists were 33-year-old Aldis Hodge (the death-row guy in Clemency) and Harriet‘s Cynthia Erivo, and the youngest was 24 year-old Florence Pugh (Little Women, Midsommar).

And in the annals of SBIFF ’20, it was easily the most entertaining. In HE’s…hell, everyone’s estimation the funniest or most spirited were (in this order) The Farewell‘s Awkwafina (31), Erivo and Hodge.

There was a two-minute musical portion in which Hodge, Egerton and especially Erivo totally killed a capella. Erivo delivered a note-perfect imitation of Tina Turner singing the Beyond Thunderdome theme song, Hodge sang two or three lines from Kanye West‘s “Gold Digger” and Egerton imitated George Michael singing “Faith.” [Around the 14:00 mark.]

Moderator Dave Karger pronounced George Mackay’s last name as “Mc-KEYE“, by the way. News to me.

Four of the group — MacKay, Awkwafina, Feldstein and Russell — starred in truly exceptional releases last year. No debate about this, I presume.

Pugh gets special points for Midsommar, a bit less so for Little Women. Rocketman was good, not great. (And Karger didn’t ask Egerton if Jeff Sneider‘s mention about his having inviting the Hollywood Foreign Press Ditto to his birthday party was true or not). The respectable Clemency was overpraised — be honest.

The only bummer part came when Karger asked everyone to name a seminal movie from their youth. Hodge mentioned Lost Boys and Bad Boys. Erivo cited Mahogany and The Color Purple. Feldstein mentioned Funny Girl (and was then advised by Erivo to see Funny Lady). Egerton’s big childhood movie was The Muppets Christmas Carol. MacKay recalled The Jungle Book and Gladiator. Pugh mentioned Bend It Like Beckham. Pugh named My Cousin Vinny and Scary Movie. Russell mentioned Brendan Fraser‘s The Mummy.

Due respect but the Movie Godz are weeping. What a communal film heritage! As in decline and fall of everything, Western civilization included. 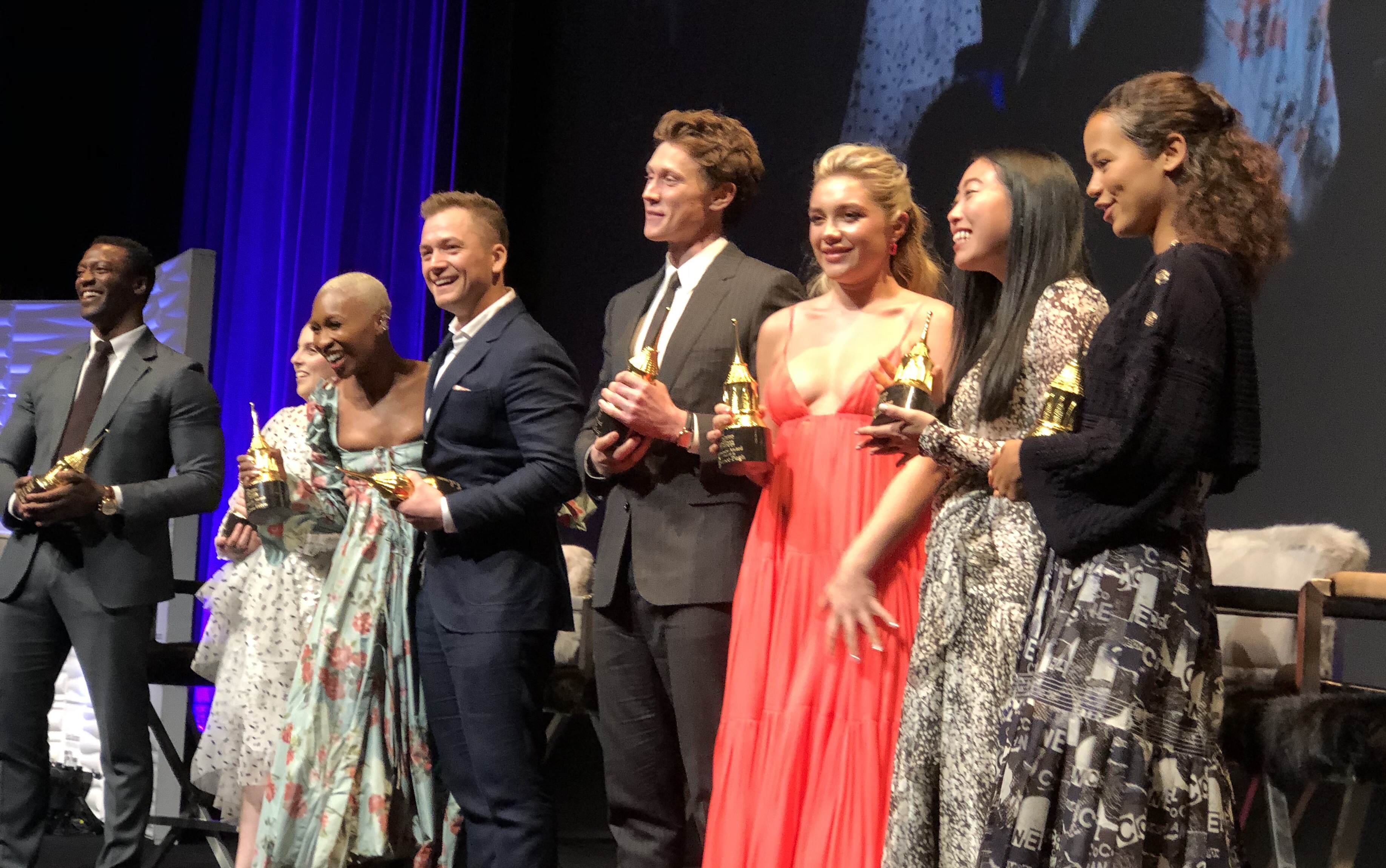 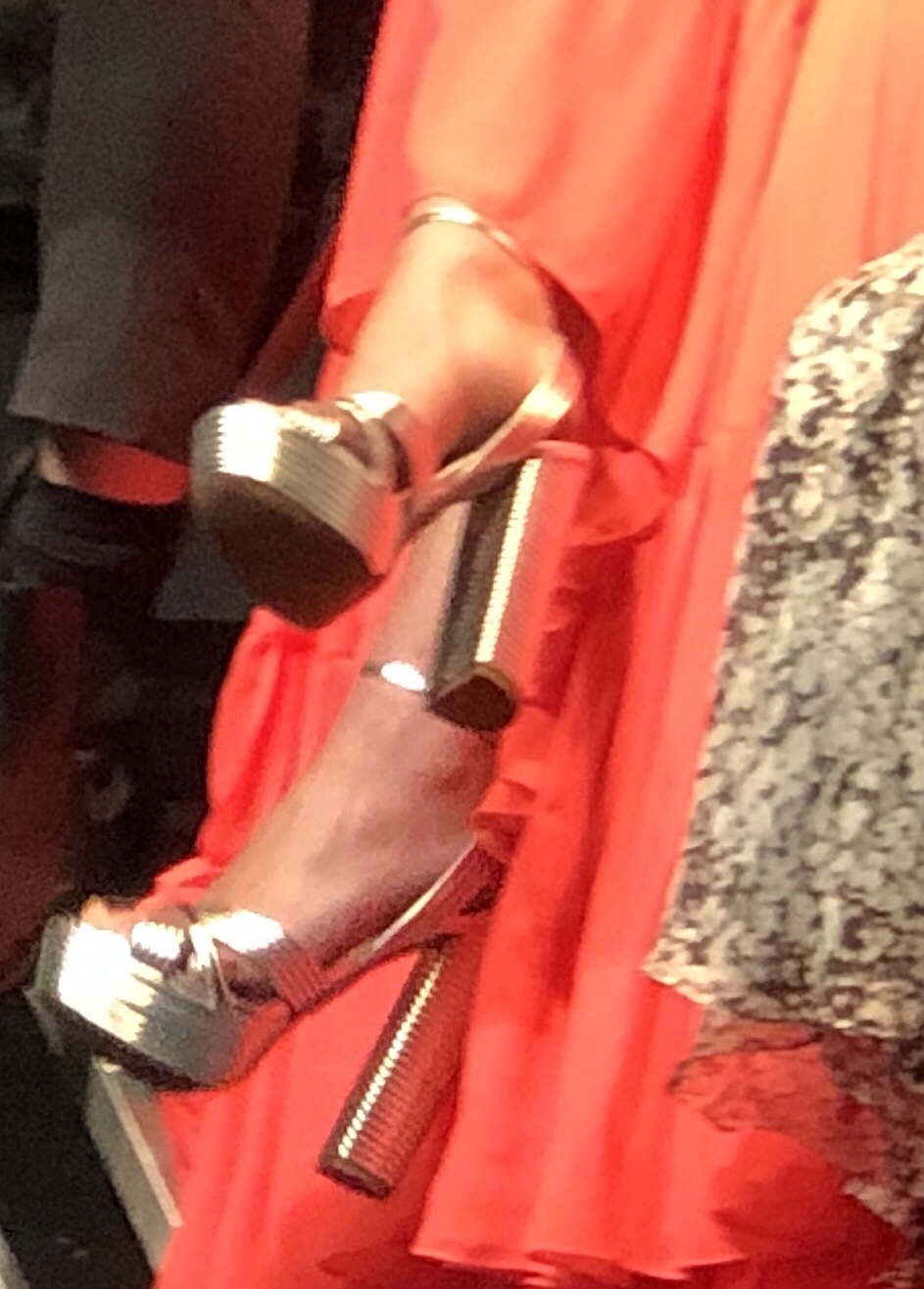